Why Companies and Armies Are Hiring Science Fiction Writers 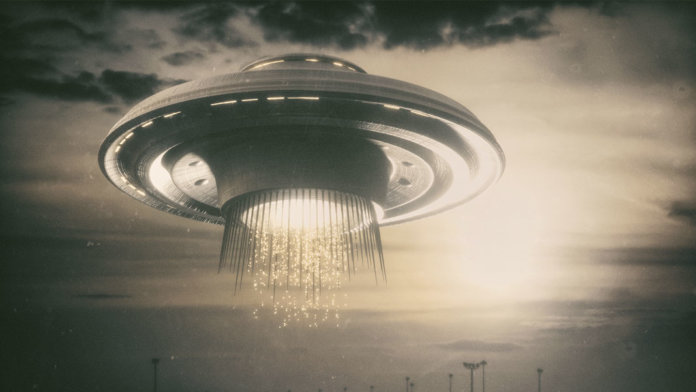 Are you a science fiction writer? Do you have command of the French language? If you can answer yes to both questions, a new job opportunity may be just the thing for you.

The recently formed French Defense Innovation Agency (DIA) is looking to assemble a ‘red team’ of science fiction writers and futurists. The BBC reports that the team will use “[…]role play and other techniques to imagine how terrorist organizations or foreign states could use advanced technology.”

Their job will be to identify possible future disruptions that the military itself might not have considered.

Initially, the idea of an army turning to sci-fi writers to help predict future threats may sound like, well, something out of science fiction. However, it is an approach that has been deployed by military institutions, including NATO and reportedly the US Army, and multinational companies.

Part of the reason is science fiction’s track record of becoming science fact.

In the wake of the 2016 US election, George Orwell’s 1984 made a somewhat surprising return to bestseller lists. At the time, much was made of similarities between utterances coming from members of Trump’s White House and the government of 1984’s Oceania, none moreso than Kellyanne Conway’s ‘alternative facts’ and ‘blackwhite’—both of which are clearly ‘duckspeak.’

But not all science fiction predictions-come-true are as dark as Orwell’s. AI and the idea of virtual assistants both featured prominently in 2001: A Space Odyssey. Arthur C. Clarke, who collaborated with Stanley Kubrick on the movie, wrote extensively of driverless cars long before Waymo was but a twinkle in Google’s eye. Drones featured in the Back to the Future films from the 80s (walking dogs, no less) and Ray Bradbury wrote about in-ear headphones around 1950. The list(s) go on.

Not all science fiction comes true, of course. Personally, I’m still waiting on Marty McFly’s hoverboard and the whale bus that people around the turn of the 20th century thought was just around the corner.

Why Turn to Writers and Futurists?

Track record aside, there are plenty of reasons for companies and military organizations to work with science fiction writers and futurists. It’s often hard to gauge how technology will develop, which makes it difficult to take advantage of these developments from inside large setups locked into concrete short- to medium-term goals. These structures often lend themselves to conservatism, and as a consequence it can be extremely hard to innovate and disrupt the status quo. Future scenarios and big changes can be dismissed as irrelevant or even harmful to earnings and business plans.

Telecommunications companies are a prime example. They had the technological know-how to create over-the-top communications, but resisted doing so because they were making a lot of money from text messages. Instead, startups like Skype and WhatsApp swooped in and entrenched themselves as the go-to services for long-distance calls and text messaging.

Science fiction writers and futurists, on the other hand, are free from restraints when it comes to imagining the future, and can also offer an outsider’s view.

For military organizations, that outsider’s view can help identify potential threats. The same goes for companies, who also use what is typically referred to as sci-fi prototyping, future-casting, or worldbuilding as a way of identifying new opportunities or flipping industry tropes on their heads.

Automaker Ford provides a good example of the latter. Through a worldbuilding process, the company came up with a future scenario where pedestrians and creating vibrant, living city streets are in effect put front and center—not exactly the typical approach for a car company.

The many instances of science fiction becoming science fact may be tied to the fact that many entrepreneurs are die-hard fans of the genre. Some are actively trying to create the future visions that helped kick off their interest in technology in the first place.

Elon Musk recently named Hitchhiker’s Guide to The Galaxy author Douglas Adams as a big inspiration and his favorite philosopher, stating that “What he was essentially saying is, ‘The universe is the answer; what are the questions?’”

The affinity creates a sort of Schrödinger’s paradox where entrepreneurs look at science fiction for inspiration, and by doing so, help it become reality.

Some of those realities are almost here. Worldbuilding company SciFutures developed a sci-fi story for a candy manufacturer where consumers in the not-so-distant future tour a chocolate factory. Each visitor gets to don a VR headset and take a virtual visit to the sustainable farms where the cocoa is grown. Happy with the tour, the guests leave with a patented recipe for chocolate bars that can be 3D printed. Companies including Visa, Ford, Pepsi, and Samsung have all retained the services of SciFutures to create similar stories for them.

The scenarios SciFutures produced and presented to forty senior officials from NATO member countries are bleaker. In one story a smart gun is hacked, almost leading to a civilian massacre. Another details how a group of children playing online shooter games are in reality carrying out real-life killings. Their in-game actions are controlling drones and remote weapons that are killing off real enemies of the Russian government. A third story features a genetically engineered Chinese soldier who emits pheromones that induce terror in anyone who smells them.

Which of the stories above will move from science fiction to science fact? The short answer is that it’s impossible to predict—but will likely depend on what visions capture the imagination of entrepreneurs wanting to make them come true.