Wait, What? The First Human-Monkey Hybrid Embryo Was Just Created in China 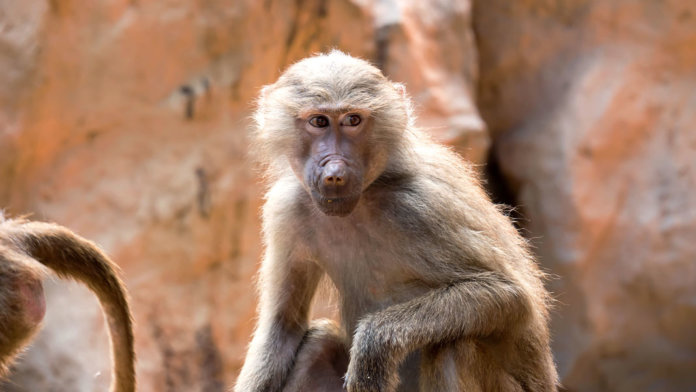 Last week, news broke that a prominent stem cell researcher is making human-monkey chimeras in a secretive lab in China.

The story, first reported by the Spanish newspaper El País, has all the ingredients of a bombshell. First, its protagonist is the highly-respected Dr. Juan Carlos Izpisúa Belmonte, a Spanish-born stem cell biologist at the Salk Institute in California known for his breakthroughs in anti-aging research. His other fascination? Human-animal chimeras, in which animal embryos are injected with human cells and further developed inside a surrogate animal’s body. Second, according to El País, Izpisúa Belmonte may have collaborated with monkey researchers in China to circumvent legal issues in the US and Spain, where research with primates is heavily regulated.

The news did not sit well with Chinese scientists, who are still recovering from the CRISPR baby scandal. “It makes you wonder, if their reason for choosing to do this in a Chinese laboratory is because of our high-tech experimental setups, or because of loopholes in our laws?” lamented one anonymous commentator on China’s popular social media app, WeChat.

Their frustration is understandable. Earlier in April, a team from southern China came under international fire for sticking extra copies of human “intelligence-related” genes into macaque monkeys. And despite efforts to revamp its reputation in biomedical research ethics, China does have slacker rules in primate research compared to Western countries.

If you’re feeling icked out, you’re not alone. The morality and ethics of growing human-animal hybrids are far from clear. But creepiness aside, scientists do have two reasons for wading into these uncomfortable waters.

One is xenotransplantation. Izpisúa Belmonte, for example, hopes to grow fully-functional human organs inside animals, which could in theory make transplantable organ shortage a thing of the past. The other goal is to understand the genes that shape our brain in evolution and development—ones that bestow us with our extraordinary intelligence, and ones that screw up neural wiring in neuropsychiatric disorders when they go wrong.

Izpisúa Belmonte’s pursuit of a chimera first came to fruition in 2017.

His initial focus was to create a human hybrid with pigs, which have organs remarkably similar in size to our own. Because pigs breed much faster and already grace our plates as food, the idea of harvesting human organs from these surrogates—though still uncomfortable—seems far less radical.

Working with Dr. Pablo Ross at UC Davis, Izpisúa Belmonte built on previous work that grew functional mice pancreas in rats. First, the team used CRISPR on mouse embryo precursors to snip away genes that direct cells to grow into a pancreas, heart, or eyes. They then repopulated this “gap” with rat stem cells, which—under the guidance of their own genes—flourished into corresponding organs that kept the hybrid animals alive past adulthood. The team then introduced human stem cells into pig embryos, which were transplanted into surrogate mother pigs to develop for up to a month. Although the human-pig embryos survived, the transplant rate was extremely low: about 1 in 100,000 cells turned out to be human. The evolutionary chasm between pigs and humans may be too far to efficiently cross.

You can almost hear the team’s reasoning for moving on to monkeys, which are genetically much closer to us and in theory might be able to better tolerate human cells. Speaking to El País, Izpisúa Belmonte’s collaborator Dr. Estrella Núñez at the Murcia Catholic University (UCAM) in Spain confirmed that they used a similar approach to insert human stem cells into monkey embryos deprived of genes that guide organ formation.

According to Núñez, the results are “very promising,” but she declined to speak more until the study finds a home in a prominent scientific journal. To circumvent immediate backlash, the team drew the line at 14 days of gestation, which is before human embryos can develop a central nervous system. The chimera embryos are basically balls of cells, and Núñez does not plan on bringing these hybrids to full term.

The problem? It begs the question of whether the idea worked. And even if it did, argued Ross, growing human organs in monkeys doesn’t make sense because they take so long to develop. Monkeys also have much smaller organs that are incompatible with adult humans.

Other scientists have a different take. To Dr. Alejandro De Los Angeles at Yale University, the results have merit even without generating full-grown human organs. “It could teach us which types of stem cells we should be using, or other ways of enhancing what’s called ‘human chimerism levels’ inside pigs,” he explained.

Núñez took a similar stand. “The ultimate goal would be to create a human organ that could be transplanted, but the path itself is almost more interesting for today’s scientists,” she said, adding that the team is engineering “kill switches” in case developing human cells end up in the monkey’s brain.

Izpisúa Belmonte is hardly the only one pushing the red line: this month, Japan became the first country to approve bringing human-animal hybrids to term. Dr. Hiromitsu Nakauchi, a pioneer in rodent chimeras at the University of Tokyo, is among those eager to grow human stem cells inside rodent embryos and bring them to term, though he told Nature that he plans to start slow to ease public concerns.

Perhaps even scarier are chimera experiments that spike an animal’s brain with a dose of human biology.

In 2014, scientists created mice with human astrocyte cells—non-neuronal brain cells that make up over half the brain and bolster neural signaling. Compared to mouse astrocytes, humans are up to 20 times larger and carry 100 times more connections, meaning that they can better coordinate the brain’s signals for processing information. The hybrids were smarter: when challenged with a standard memory test they performed at least four times better than normal mice, a “whopping effect.”

Then there’s China’s recent attempt at inserting human genes into monkeys. The goal was to decipher the evolutionary roots of intelligence: the genes may be why we’re smarter than our primate kin, and the team wanted to see if they could artificially transform monkey brains to be more like ours with a sprinkling of genetic magic dust.

The results were far from clear. Similar to human children, the hybrids took longer for their brains to develop, but their final size was nearly identical to normal monkey brains. The hybrids did perform better on a short-term memory test, but with only five modified monkeys in the mix, conclusions are far from settled.

The team drew heavy criticism for crossing the chimera line. Monkeys are far closer to humans on the evolutionary ladder than mice, and many feared that endowing them with human genes related to brain function could inadvertently give them a stronger sense of self-awareness. That’s a horrifying thought: laboratory monkeys, in essence, are prisoners kept under captivity. What are the consequences of potentially humanizing their cognition?

To be fair, the Chinese team did set (some) boundaries. Scientists have long tiptoed around the red line for what’s acceptable: monkeys, for example, are genetically much closer to us than pigs, which theoretically makes their “humanization” more likely. When it comes to chimpanzees and other great apes that are an evolutionary skip away from us—well, no one’s crazy enough to try making these hybrids, the team said.

Yet it’s likely that the Chinese experiment won’t be the last. Human-monkey hybrid brains are potentially extremely valuable for modeling difficult brain diseases, argued De Los Angeles in a scientific paper. Take Alzheimer’s. Despite best efforts, we still don’t have an animal model that recapitulates the intricacies of the disorder, forming a massive research barrier while millions of people suffer. “In theory, for diseases where primate models are not good enough, making human-monkey chimeras could provide a better model of brain diseases,” said De Los Angeles.

Are you convinced? I don’t think I am. Obviously there’s no clear moral answer. What is clear, however, is that when it comes to human-animal chimeras, lines are being set, pushed, crossed, and crossed again.

For now, we’re nowhere technologically close to bringing hybrid embryos to term. Let’s just hope in the far future we don’t have another CRISPR baby scandal—only this time, the babies aren’t entirely human.