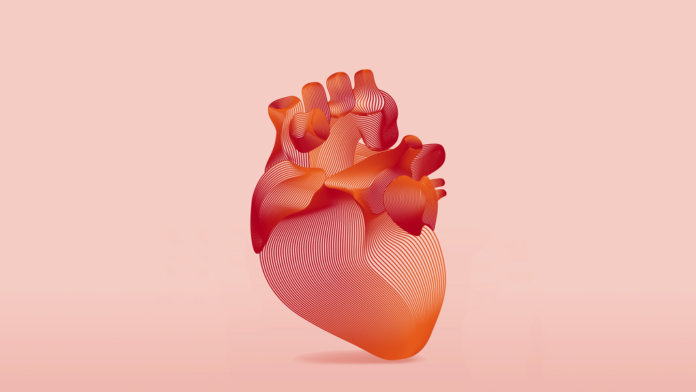 An oddity of an animal lived and thrived in a lab at the Ludwig Maximilian University (LMU) of Munich in the past few years.

On the surface, they looked like normal, healthy baboons. They hopped around their individual rooms, stuffed their mouths with food, and spent a solid amount of time relaxing and watching cartoons on TV—behaviors that pretty much describes me, their primate cousin, on a weekend.

The kicker? They’re not entirely baboons, but rather chimeras. Each had the heart of a pig pumping blood and oxygen to power their lives.

That’s not a figure of speech. The four baboons all had their hearts surgically replaced with hearts from genetically engineered pigs—and survived. Two were euthanized at 90 days post-op, the usual “endpoint,” suggesting that cross-species transplantation, dubbed xenotransplantation, might work in humans.

The other two were left to live their baboon lives for a full six months before they were sacrificed, a staggering success that may have finally blown the xenotranplantation world wide open.

“[This] is an extraordinary achievement. You cannot stress this more. The next step from here is clinical transplantation [in people],” said xenotransplantation expert Dr. Muhammad Mohuiddin at the University of Maryland, who was not involved in this work. The study was published this month in Nature.

Mohuiddin should know: he’s been helming efforts at making pig-to-human heart transplants a reality for decades.

If the idea sounds slightly disturbing—really, a human walking around with a pig’s heart—scientists have a solid reason for trying. In the US alone, heart failure is expected to reach more than eight million by 2030, for which a heart transplant is the only hope.

Donor hearts tend to be rare and fragile, meaning that most of these patients die while waiting for a new heart.

One potential way to crack this organ shortage head-scratcher is to 3D print living, beating hearts, and although that tech is in its infancy, there’s certainly been some successes. But a heart needs to perform steadily without hiccups over a lifetime, and whether engineered hearts are up for the brutal task remains an open question.

Another idea, one with far deeper roots in history, is to get the heart from another species. Monkeys, although closer on the evolutionary tree to us, are poor donors because of the risk of cross-species disease, and the fact that they’re hard to breed.

Pigs, on the other hand, are a readily-available source of hearts similar in size and structure to our own.

The problem? Xenotransplantation is exceedingly difficult. The human immune system is poised to reject foreign objects—including donor human hearts—and it’s taken years to figure out how to perform human-to-human heart transplants. A pig’s heart inside a human body is basically waving a giant sign that screams “attack me!”

Getting a Pulse on Xenotransplantation

The rise of CRISPR, however, is breathing new hope into the field.

Using the gene editing tool, scientists have been able to genetically modify a pig’s heart to make it “more human” by getting rid of porcine genes that would likely provoke an immune response.

Back in 2016, Mohuiddin inserted CRISPR’d pig hearts into a baboon’s stomach as proof-of-concept. The recipient baboons still relied on their natural hearts for survival, but their body environment was able to keep the transplanted pig heart alive for nearly 1,000 days with the help of a cocktail of immunosuppressant drugs.

“It shows that we can successfully prevent rejection,” said Mohuiddin.

One single previous attempt at replacing the function of a baboon heart with that of a pig ended after only 57 days, after which the heart failed and the recipient died.

The new work, led by Dr. Bruno Reichart and others at LMU Munich, aimed to push that limit.

The first cohort of five recipients died almost immediately from heart failure. Upon investigation the team realized it was because pig hearts are more vulnerable compared to human hearts once removed from a body—the donor hearts showed signs similar to a heart attack that debilitated their function.

The team kept the new discovery in mind on a second cohort. They employed a machine designed by a Swedish group that bathed the removed hearts in a warm, nutrient-filled solution, which helped protect the hearts from their usual deterioration. But when transplanted, the hearts kept the baboons alive for barely a month before they began swelling—to the point they jammed against the rib cage—and subsequently failed.

“We were just astonished. Nobody had experienced this before—the heart grew like a tumor,” said Reichart.

Lesson learned. To block the swelling response, the team tried a slew of interventions on another five baboons. They lowered the baboon’s blood pressure to match that of the pigs, and gave the recipients a drug that combats heart overgrowth. They also modified the immunosuppression regime to rapidly taper off certain drugs that can promote heart growth.

Other than one baboon that had to be euthanized at day 51 post-op due to unexpected complications, the rest survived—some up to 180 days, upon which they were sacrificed per the study’s approved protocol. The entire time, the baboons seemed healthy and acted normal.

To Dr. Christoph Knosalla at the German Heart Center Berlin, who was not involved in the work, the “study’s survival rate is impressive.”

It foreshadows what’s possible, and scientists should investigate why this particular approach worked so well, he said. What’s more, the baboons also warded off a common side-effect from heart transplant—blood clotting within the donor heart that usually leads to failure.

It seems like editing particular genes, together with the drug treatment regime really helped, but we need to understand why, said Knosalla.

Nevertheless, “the progress made…moves clinical heart xenotransplantation nearer to becoming a reality. As such, it is time to reconsider what preclinical results should be required before pig-to-human clinical trials can be initiated,” he said.

The forecast isn’t all sunny. One potential stumbling block is a nasty pig virus called PERVs (yup, not kidding) that can be transmitted to humans. Last year a study found that CRISPR can also be used to edit out PERV genes. Overall it’s not expected to be a major problem, but the last thing human recipients want to wrap their minds around is a tag-along virus with their new porcine heart.

Then there’s the problem of immunorejection. CRISPR editing will help, but the recipients still need to be on immunosuppresants, and the last human-tested cocktail increased their risk for stroke. This new study employed an updated formulation that the baboons tolerated well, but it still needs to be tested for safety and efficacy in humans.

“All this stuff will take a long time,” said Dr. Allan Kirk at Duke University, who was not involved in the study.

But it’s a huge step in the right direction, and hope is on the horizon.

“We just had this baboon, and it has a pig heart—and it’s living. This is not science fiction, this is really for real now,” Mohiuddin said.