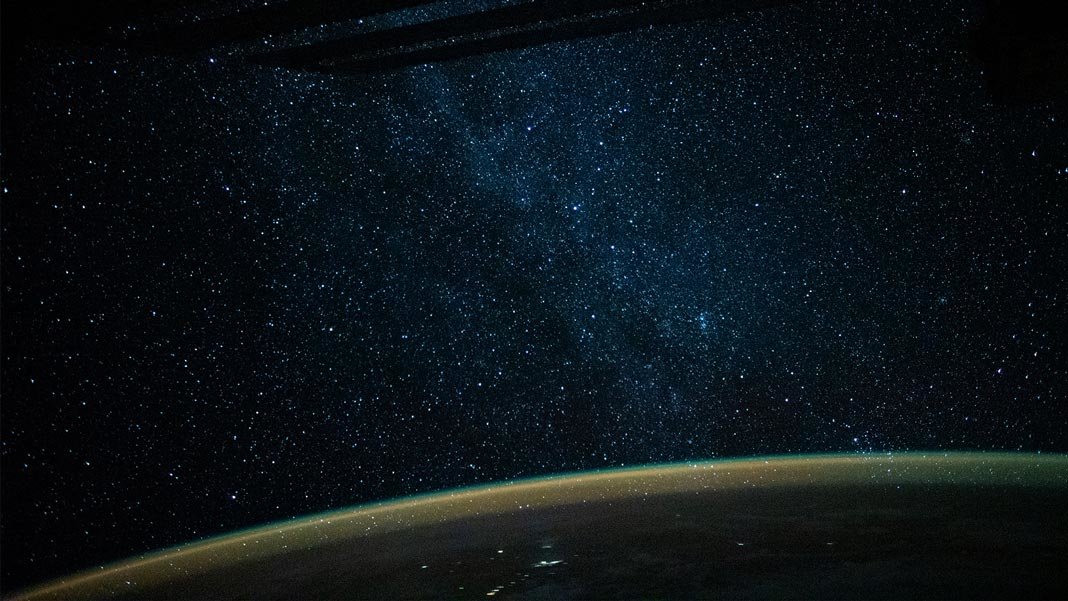 As we go on with our everyday lives, it’s very easy to forget about the sheer size of the universe.

The Earth may seem like a mighty place, but it’s practically a grain within a grain of sand in a universe that is estimated to contain over 200 billion galaxies. That’s something to think about the next time you take life too seriously.

So when we gaze up into the starry night sky, we have every reason to be awestruck—and overwhelmed with curiosity. With the sheer size of the universe and the number of galaxies, stars, and planets in it, surely there are other sentient beings out there. But how come we haven’t heard from them?

This question has come to be known as the Fermi paradox. Named after Italian-American physicist Enrico Fermi, the paradox describes the seeming contradiction between the potential for intelligent life in the cosmos and the fact that we have yet to detect any.

Other scientists like Frank Drake have attempted to quantify the statistical probability of life existing elsewhere in the universe. By taking into account factors such as the estimated number of sun-like stars, habitable earth-like planets and a conservative assumption of life developing in those planets, the Drake equation estimates anywhere between 1,000 and 100,000,000 radio-communicative civilizations in the Milky Way alone.

So the question has to be asked: where is everybody?

Here are a few possible explanations.

It Takes Time and Space—a Lot

One common explanation for the Fermi paradox is that it simply takes lots of time for any decipherable signals to travel across the cosmos. It also takes time (billions upon billions of years at best) for any species to become advanced enough for interstellar communication, intergalactic space travel, and possible colonization. Their signals may not have reached ours, and ours may not have reached them. Given the size of the universe and the pace of evolution, we may simply need a special kind of patience—the kind that transcends generations.

In fact, we may be living in a “rural” or detached part of the Milky Way galaxy. Some scientists have suggested that any advanced civilization will rely on maximizing their information and intelligence processing technologies. As a result, such civilizations may choose to set up their massive supercomputers and technological warehouses at the outer regions of the Milky Way where they can better manage heat waste.

Most sci-fi and Hollywood blockbusters have traditionally depicted extraterrestrial beings as very human-like, often with vertebrate features or similarities to other species on Earth. However, we have no reason to assume that life elsewhere in the universe will have taken the same pathway of evolution as ours. There’s no reason it would look or operate like life as we know it. To anthropomorphize the idea of extraterrestrial beings is a failure of intelligence.

While organizations like SETI have focused on sending and detecting radio signals, it could be that extraterrestrial species have taken a completely different technical approach. Other advanced civilizations may be sending out signals, but we don’t have the technology to detect or decipher them as they are beyond our current understanding of physics. Their language, mathematics, realities, scientific understandings, and consciousness could be beyond anything we can imagine.

Astrophysicist Neil deGrasse Tyson asks us to “imagine a life form whose brain power is to ours as ours is to a chimpanzee’s. To such a species, our highest mental achievements would be trivial.”

The opposite could also be true; any species that has detected our signals so far has simply not been able to recognize or decipher them as coming from another civilization.

The Transcension Hypothesis: They Are Already Here

One of the major assumptions of the ideas discussed so far is that all advanced civilizations will be motivated to explore and colonize the observable universe. It could be, however, that the species that venture out into a seemingly cold, hostile, and dark universe are the ones that are doomed for failure.

Such is where truly advanced civilizations, the ones that tap into both complex intelligence and higher consciousness, would choose to venture inwards rather than outwards. Proposed by futurist John Smart, the transcension hypothesis posits that a “universal process of evolutionary development guides all sufficiently advanced technologies into what may be called inner space.”

The increasing power of computing combined with the possibility of uploading our minds into machines could mean that advanced civilizations may upload their minds onto quantum particles and exist in the fabric of spacetime. Such entities may already be around us but impossible to detect. And if not, they may very well be harboring near black holes at the center of the Milky Way, a region Smart calls the “galactic transcension zone.” This hypothesis may sound outrageous, but it is aligned with the current technological pathway of humanity.

The Zoo and Planetarium Hypotheses

In contrast, proponents of the zoo hypothesis suggest that aliens  who are more advanced than we are are not only observing us from afar, but have us locked into a kind of “celestial cage,” leaving us off-limits from any other advanced civilization. They may be doing doing so in order to allow humanity’s natural biological and social development.

Finally, there are those that force us to question our very assumptions about the reality we live in. The planetarium hypothesis posits that our understanding of the universe represents a mere illusion that has been created by civilizations that have the ability to manipulate matter and energy at cosmic scales. In other words, what we consider an objective understanding of the universe could be a subjective species-wide illusion.

The simulation hypothesis makes a similar proposition: that we are living in a computer simulation being run by a post-human civilization.

Are We Alone in the Universe?

All these thought-provoking hypotheses aside, we may have to entertain the possibility that intelligent beings like us are simply rare in the universe. It could very well be that we are one of the first species to make it this far. After all, 99 percent of all species that have ever lived on Earth are now extinct, and we are the only species that has ever been able to leave the planet.

While this may sound incompatible with the statistics of Drake’s equation, it may very well be aligned with our understanding of the development of the universe. The Phase Transition hypothesis suggests that the conditions to support life as we know it may have “just” fallen into place. This may be the first time life has been allowed to evolve, uninterrupted by cosmic threats and astrological disasters, into an advanced civilization.

On the face of it, this possibility may be terrifying; we could allow ourselves to be overwhelmed by an intergalactic loneliness. On the other hand, this insight could contribute to a positive transformation of how we perceive and treat one another as living beings. It can motivate us to treat our planet and all life that lives on it with the recognition that we will not find such prosperity elsewhere in the cosmos.

As Carl Sagan famously put it, “Our planet is a lonely speck in the great enveloping cosmic dark. In our obscurity, in all this vastness, there is no hint that help will come from elsewhere to save us from ourselves.”