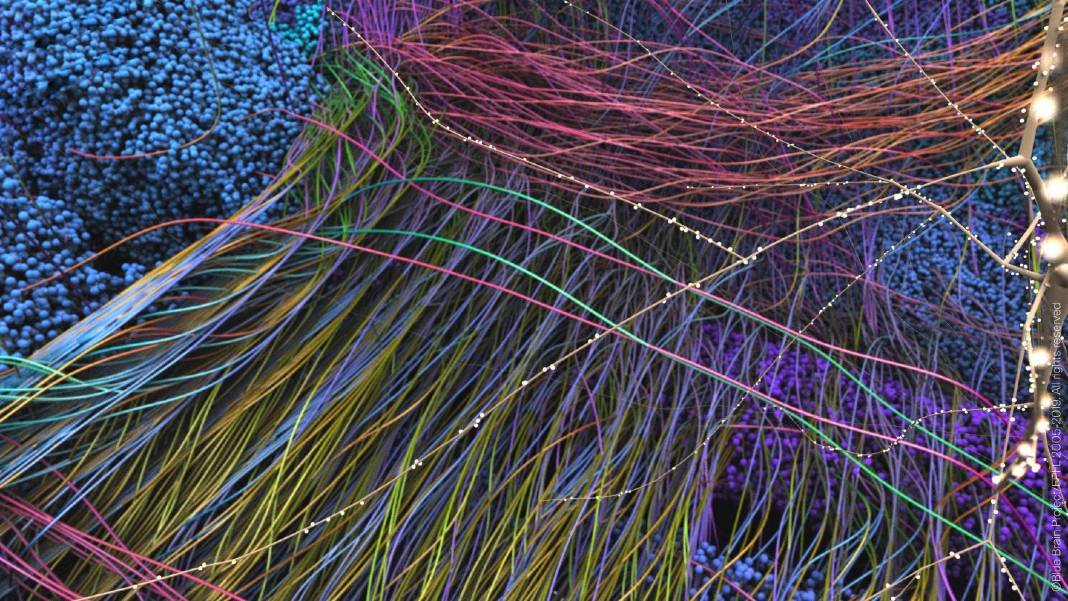 Projects that map the billions of connections within entire brains have always had a tinge of grandiosity. Yet to connectomists, these projects aren’t just the key to cracking the brain’s ultimate mysteries. Understanding how and why neurons form connections called synapses may be the path towards computer simulations that recreate human thoughts, memories, judgments, and even consciousness inside silicon hardware. For some brain regions, the data may even already be there.

This week, a branch of the European Blue Brain Project took a step back from boots-on-the-ground brain mapping to ask an extremely provocative question: what if we already have sufficient data to build a first draft of all the connections within the mouse cortex—some 88 billion synapses—but no one has looked in the right place?

Their key insight isn’t to gather more data. Rather, it’s to aggregate data from existing brain atlases, mapping their findings onto each other at multiple scales. From each synapse to single neurons to long-range neural networks, combining individual maps could create a “meta-map” that gets us closer to a full, detailed computer simulation of brain networks.

“The findings enable us to continue our simulation experiments at an exponentially increasing rate, meaning we can now build biologically accurate brain models of bigger and bigger brain regions and at a higher and higher resolution,” said Blue Brain founder Dr. Henry Markram.

To further encourage collaboration and iterative refinement of the first draft model, the team is making all data and their micro-connectomes open-sourced. You can play with it here.

From “just a few, relatively coarse-grained principles” we’ve already learned much about how synaptic connections form and what restrains them, said lead researcher Dr. Michael Reimann. “I expect that with improved methods we will find more in the future.”

For a decade, neural cartographers have been battling the problem of scale in at least two ways.

One is its sheer size. The human brain, with its millions of neurons interconnected with spiderweb-like delicate tendrils, presents a formidable technological challenge. Even projects like EyeWire that focus on tiny chunks of mouse neural tissue take years of collaboration. It’s a pricey, time-consuming endeavor with no immediate clinical return, and so far, non-profit research organizations like the Allen Brain Institute and Janelia Research Campus or military entities including IARPA are leading the charge.

The second scale problem is vertical, in that the brain doesn’t “connect” on one scale. Brain atlases are often dubbed the Google Maps of neural connections, but that’s not entirely accurate. In fact, they’re a collection of maps—satellite, traffic, road maps, street view—that take snapshots across species and brain regions at entirely different levels of detail.

Bringing it back to the brain, in addition to drawing synapses, neural networks, and large-scale brain oscillations, scientists have also been mapping gene expression and proteins across brain regions. Understanding how chunks of genes, lumps of chemicals, and spikes of electricity turn into sophisticated thought remains a grand challenge in neuroscience. Scientists still heatedly argue about which scale—or scales—we need to study to capture the “essence” of brain computation, at least enough to simulate it.

The problem? Capturing one level is hard enough for any single lab. Reinmann and his colleagues thought: why not combine complementary views of connectomics with data that’s already available?

As a proof of concept, the team turned to two recent high-quality datasets: the Allen Mouse Brain Connectivity Atlas and Janelia’s MouseLight. Both map the mouse brain, but at vastly different scales.

The Allen Institute’s maps track neural connectivity across small circuits to trace out major connections, whereas MouseLight dives down from that bird’s-eye view to tackle intricacies at the individual neuron level across the entire mouse brain. The two open-sourced datasets perfectly complement each other at both macro and micro scales, the team said, and combining them leads to a more complete model of the brain that sees both the forest and the trees.

Rather than reconstructing the whole brain, the team focused on the cortex, a multi-layered blanket that forms its outermost layer. To many, the cortex is the seat of sensation, movement, and higher thought such as decision-making or flexible reasoning.

Actually combining the data was like dancing with ropes around both feet. The way scientists report connectivity data is often in an abstract colored “matrix,” and translating numbers back to match with micro-scale data at the individual neuron level took some finessing. The team relied on their circuit and connectivity modeling pipeline, a software developed previously that helped them reconstruct the sensory regions of a rat. They amped it up so that it’s easier to place neurons in brain atlases in defined 3D spaces—that is, to align individual synaptic data under the biological constraints, such as shape of cellular composition, of a particular part of the cortex.

One yet unsolved problem in connectomics is why some parts of the brain form long-range connections, which can stretch as far as half the brain (if not longer). Most scientists agree that these brain-traversing highways help organize larger-scale neural activity—failure can result in autism and other brain disorders—but the rules they follow remain a mystery.

The team used their combined dataset to begin uncovering some of these basic parameters. It may sound like boring science-mumbo-jumbo, but if you’ve ever played around with a DSLR in manual mode, you know that parameters matter: they constrain the outcome of a simulation (pretty important when it’s a brain), give you an idea of potential outcomes, and make the whole project easily readable by a machine. Their model spanned 10 million neurons, five orders of magnitude, and contained nearly 90 billion synapses as a first draft.

From the data, the team cooked up a cortex connectivity recipe that captured the principles of how neurons link up in the mouse cortex. “It specifies and constrains thousands of projections between individual brain regions and sub-regions in terms of strength, layer profiles in the target region, topographical mapping and the targeting of individual neurons,” they explained.

The recipe contained two pages: one, a model based on data from available “out-going” neural branches to see how major interaction could arise, for example, between which regions at what chances. The other was an algorithm that could spit out potential neuron-to-neuron connections, which fulfill all the constraints in long-range projections for neuroscientists to further test out in actual brains.

This theoretical structure of connectivity still needs to be tested, the authors agreed. But, they added, it’s a powerful proof of concept that it’s possible to solve the scale problem. All we need is to link up available datasets at the micro and macro scales.

The current results are just a glimpse of what’s to come in the world of brain mapping.

The team has made their entire work public, allowing scientists to further build on it. And make no mistake, it’s a very early draft (a beta release of the mouse cortical algorithm, if you will), and much of the model relies on educated assumptions that could eventually be proven wrong.

But that’s the whole point. Opening the model welcomes iterative improvements on it, and the team strongly believes that the software’s “flexibility and modularity will allow it to readily use future data sets in place and in addition to the currently used ones.”

“Even with the imperfections outlined above, the present model will lead to advances in our understanding of brain function,” the authors concluded.