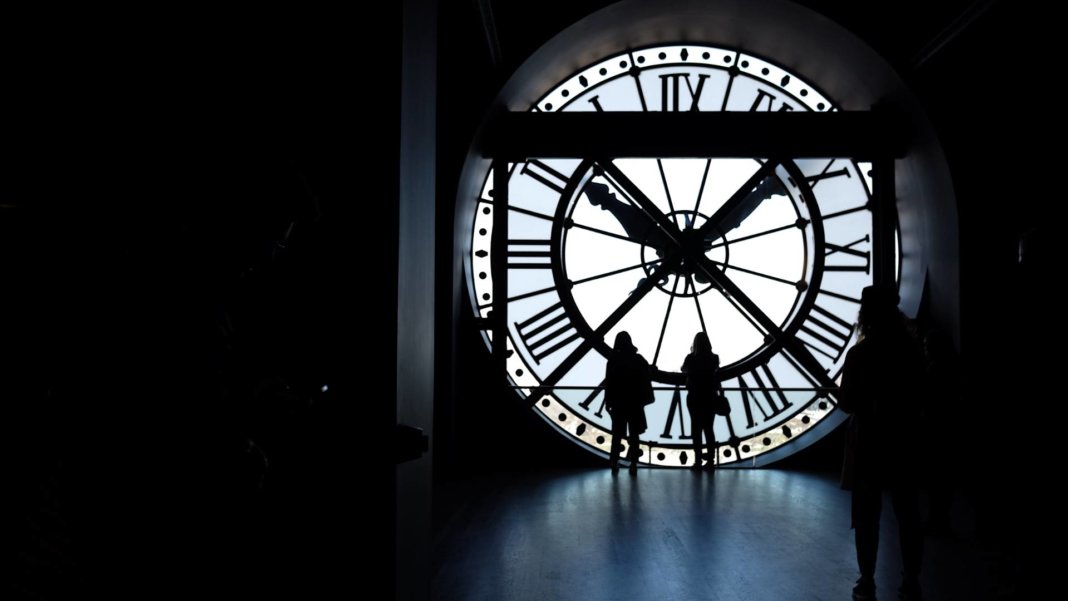 After decades of research, here it is: the first promising evidence in humans, albeit imperfect and early, that a cocktail of three drugs is enough to reverse the epigenetic clock—a measure of someone’s biological age and health.

The results came as a surprise to even the research team, who originally designed the trial for something a little less dazzling: to look at human growth hormone’s effects on the thymus, the cradle of the body’s immune system that deteriorates with age.

“Maintained immune function is seen in centenarians,” and thymus function is linked to all-cause mortality, explained study author Dr. Gregory Fahy at Intervene Immune, based in Los Angeles, California. “So we were hoping to use a year of growth hormone to maintain thymus function in middle-aged men, right before the tissue’s functions take a nosedive,” he said.

Yet something gnawed at the back of his mind. To combat the side effects of growth hormone, which includes dangerously increasing blood sugar levels, the team added in two diabetes drugs as a countermeasure. One is DHEA, a hormone secreted by the adrenal gland. The other, metformin, might spark immediate recognition: based on pre-clinical research it’s one of the most promising anti-aging drugs in the longevity pipeline. All three drugs have been linked to slowing the aging process in the lab.

What if the three-drug combination didn’t just work on the immune system? What if they can actually induce measurable anti-aging effects in humans?

Before terminating the study, Fahy decided to call up Dr. Steve Horvath at the University of California, Los Angeles. The “watcher” of epigenetic clocks, Horvath has spent his career finding measures to assess a person’s biological age, which differs from the number of candles you put on your birthday cake every year but better reflects your “true” age. Taking the drug cocktail for one year shed the participant’s chronological age by 2.5 years on average, while showing signs of immune rejuvenation.

While not a massive change, the results caught the team off guard. “I’d expected to see slowing down of the clock, but not a reversal,” said Horvath. “That felt kind of futuristic.”

It’s not to say we’ve “cured” aging—far from it. But after decades of research in flies, worms, and rodents, this trial in humans, however small and imperfect in control measures, offers hope.

The Hallmarks of Aging

Measuring a person’s “true” age is surprisingly difficult. Due to genetics and lifestyle interventions, a population of 60-year-olds, for example, exhibit a spread in their health and mental status. Compared to chronological age, biological age better correlates with general health status, mental abilities, risk of getting age-related diseases, and death. Yet because aging gradually deteriorates the entire body, scientists have struggled to find the best markers.

In 2013, several research groups pooled their ideas to piece together the hallmarks of aging. Here’s a taste of some ideas: Genomic instability. The shrinking of telomeres, the “protective” endcaps that protect chromosomes, which house our genes. Protein metabolism gone wild. Mitochondria, the energy producers in cells, break down. Depleted stem cells. Zombie cells run rampant.

A combination of markers may form the best “clock” that measures true age. But when it comes to any single measure, one stood out: epigenetic alterations.

Stay with me. The epigenome controls how genes get turned into proteins, and subsequently, tissues, organs, and the whole body. They’re comprised of chemical marks that tag onto the genetic sequence itself, like light switches on every gene lamp. Different marks control whether a gene is turned on or off—methyl groups, for example, shut it off—and the pattern of these tags drastically changes as you age.

For the past few years, Horvath and others screened hundreds of positions on DNA from sample cells to see how often those places have a methyl group. By feeding these epigenetic data into algorithms, the teams have uncovered several mathematical clocks that can remarkably estimate a cell’s—and a person’s—true biological age.

“The greatest hope is that this clock measures the output of a process that really does relate to aging—even causes aging,” said Horvath.

The new study’s initial focus wasn’t epigenetic clocks; rather, it was the immune system. The thymus, a tiny gland nestled between the lungs and the breastbone, helps nurture immune white cells to their full function to combat infections and cancers. The thymus is critical for maintaining the immune system, but it’s fragile. It begins to shrink after puberty and fills with fatty deposits, which correlates to all sorts of immune troubles.

Nearly 16 years ago, when Fahy was 46 years old, he reviewed promising studies using growth hormones to restore thymus functions in animals and grew convinced that he found the solution to restoring the organ’s function. With striking commitment, he jabbed himself with growth hormones and the diabetes drug DHEA for a month, and found signs of regeneration in his own thymus.

The new TRIM (Thymus Regeneration, Immunorestoration and Insulin Mitigation) trial built on Fahy’s self-experimentation. The study recruited nine white men aged between 51 and 65 years old, and dosed them with the three-drug combo for a year: growth hormone for restoration, and DHEA and metformin to combat high blood sugar. The latter two were also partly chosen for their promising anti-aging effects in animals.

During the trial, the team regularly took blood samples to analyze immune cell counts, and used medical imaging to check the composition of their thymus. With age, the number of different immune cell type changes, with potentially detrimental effects. At the end of the trial, not only were the cell changes reversed, the participants’ thymus also showed less signs of fat—they’d been replaced by healthy, regenerated tissue.

Studying epigenetic clocks came as an afterthought. After the trial was completed, Fahy reached out to Horvath to take a second look at the data.

The results came as a surprise to both. Using four different epigenetic clocks, Horvath measured the biological age of each participant. Every single time he found that the clock rewound: the participants’ epigenetic age was, on average, 1.5 years slower than when they first entered the trial. Rather than aging, they had a Benjamin Button moment. What’s more, at nine months of treatment, the de-aging effect seemed to accelerate—that is, the longer they took the drug, the faster their epigenetic clocks seemed to rewind. The effects lasted for at least six months after they stopped taking the drugs.

Because the results were so consistent and lasting, Horvath is optimistic it’s not a fluke, even with a small sample size. De-aging effects aside, other measures also proved promising: one of the most dangerous side effects of rejuvenation is cancer, characterized by “immortal” cells. Although the study only looked at prostate cancer, a high-risk potential, they didn’t find any biomarkers hinting at a dangerous turn.

The study is hardly the final word on rejuvenation in humans. Because the study is so small and “not very well controlled,” said Dr. Wolfgang Wagner at the University of Aachen in Germany, who was not involved in the study, “the results are not rock solid.”

More importantly, the authors don’t know how the drugs are working. Their main idea is that they’re acting on the same molecular pathways as restricting calories, which is also a strong de-aging intervention in animals. In addition, epigenetic age isn’t synonymous with biological age, though it’s a tight approximation in terms of age-related health risks.

Regardless, the results are promising. Intervene Immune is now planning a larger trial with a more diverse population, including different age and ethnic groups and women, to further gauge efficacy.

As the authors concluded: “This is to our knowledge the first report of an increase, based on an epigenetic age estimator, in predicted human lifespan by means of a currently accessible aging intervention.” It won’t be the last.