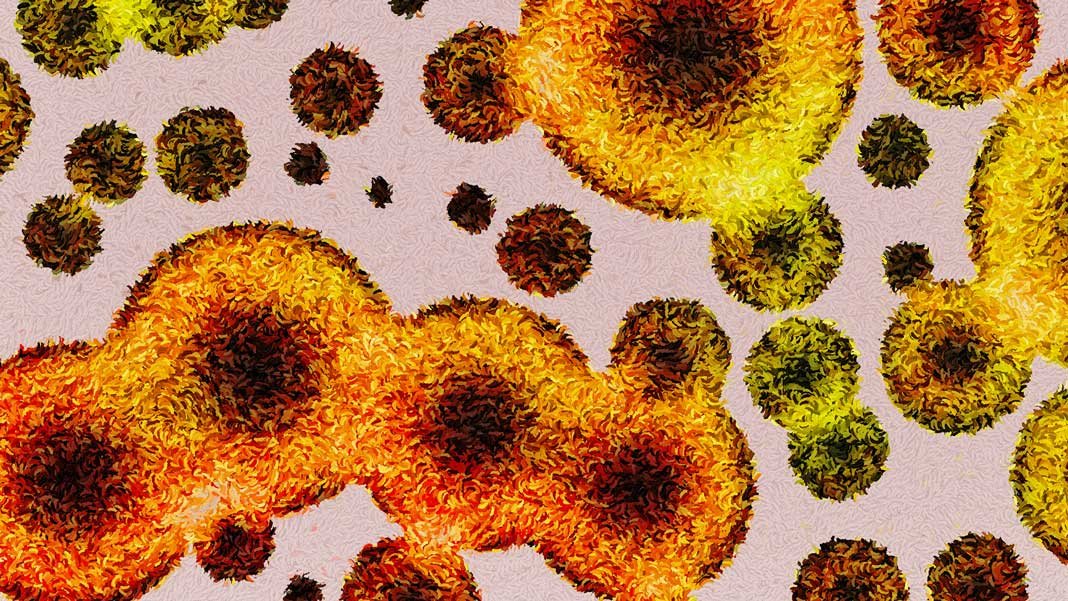 The human microbiome is the dark matter of biology: we know it’s there and critically balances health from disease. We can broadly examine microbe members with advanced DNA sequencing methods and infer their species makeup. With several doses of antibiotics, we can even observe what happens when we temporarily lose our trillions of symbiotic microbugs. Spoiler: the results, ranging from depressive symptoms to upset guts, aren’t pretty.

Yet despite 15 years of research, the human microbiome remains a mysterious ecosystem invisibly thriving on our skin, guts, mouths, and private areas. A single microbiome can contain several dozens of species of microbes, co-existing in intermingled jumbles and chemically communicating with each other—and us—through a variety of biomolecules, the identities of most yet unknown.

This week, a study led by Dr. Mohamed Donia from Princeton University pushed the dark microbiome world into the light by targeting the core marker of their individual identity: DNA. Combining a new computational algorithm with synthetic biology, the team developed a platform that scours the microbiome genome for genes that encode drug-like molecules.

An initial bioprospecting screen identified a handful of molecules with powerful antibiotic properties, some remarkably similar to those readily used in the clinic. But this proof-of-concept is just the start; many more life-saving chemicals could be silently waiting inside our microbial dark matter.

“It is amazing to think that the human microbiome has genes to make countless complex chemicals, but we don’t know what those chemicals are,” said Dr. Eric Schmidt, a chemist at the University of Utah in Salt Lake City, who did not participate in the study.

We’re looking at “an unprecedented resource for drug discovery from within the human body,” the authors said.

It’s hard to imagine microbiomes as drug resources, but it helps to picture them as a mineral-rich new land. Similar to their hosts, microbes intake nutrients and excrete a chemical soup: some are the products of their metabolism, others chemical messengers that allow them to “talk” to one another.

Like people, different microbe species have slightly different genetic makeups. As a result, they each release a particular profile of biochemical, intermingled in the “soil” of our skin or gut. The traditional approach is to isolate each microbe strain, grow them inside Petri dishes, and figure out how they work—which nutrients they take in and which they release.

It’s an intuitive—but incredibly difficult—approach. Picture trying to physically separate mineral ores from a geographic location without knowing what mineral each one produces and being unable to observe them, while completely aware that each ore is heavily intermingled with another.

In their new study in Science, Donia and colleagues threw out that entire playbook and embraced a modern update: take the whole gang of microbes, use computational algorithms for bioprospecting, mix in a dose of synthetic biology, and tease out their biomolecular contributions.

Rather than focusing on individual microbe strains, the team turned their attention to their DNA. More exactly, thousands of short DNA sequences isolated from whole swaths of microbe members from the mouth, gut, or skin. Because genes encode the final biomolecular products, prospecting these “metagenomes,” the authors reasoned, should provide valuable clues to the end goal.

“It’s an approach we previously tried, but only with a subset of microbes—often from healthy individuals—we can isolate and grow in the lab,” the authors explained. Although the team found an “enormous and largely unexplored capacity” in that dataset, it completely misses bioproducts from microbes that thrive in disease states, or those that can’t be cultured. It’s like finding copper but ignoring the gold ore because it’s hard to access.

The new work went all-in, and the idea plays out like a puzzle. The goal is to piece together useful biomolecule information from thousands of DNA fragments, each containing just a sliver of a gene.

The team began with an enzyme, TII-PKS (Type II polyketide synthase, rolls right off the tongue, huh?), which is critical to making antibiotics and doxorubicin, an anticancer drug. The genes programming the enzyme are fairly uncommon in microbe genomes, which makes them a fun target to hunt down in our microbiome companions.

The platform starts with a custom computer algorithm, which takes a gene that encodes for a biomolecule and divides it up into overlapping chunks. The software then screens through those chunks, picking out the best candidates for matching against the metagenome. The resulting algorithm, MetaBGC, was then taken through several rounds of refinement, including a designer synthetic metagenomic dataset, and three natural large cohorts with over 2,500 samples (big data reigns again!).

Remarkably, these relatively “rare” genes were actually quite prominent in our microbiomes. The effort found 13 different clusters of genes related to TII-PKS—all of them new to the microbiome world—across the gut, skin, and mouth.

“These are not rare, yet no one had seen these before,” said Donia.

One potential problem with any microbiome finding is how prevalent it is. A person’s microbiome makeup can rapidly shift with diet and across the socioeconomic ladder, so the team next examined microbe populations from people across the globe—USA, Denmark, Spain, Fiji, and China.

Regardless of dietary habits or living conditions, all samples had signs of TII-PKS genes. They’re “wide-spread in the human microbiome of different populations at three major body sites, and are harbored by consistent colonizers of the human body (stable over several months),” the team said.

As a final sanity check, the team used synthetic biology methods to introduce the genes into common lab bacteria to test the resulting products. Sadly, none of the biomolecules showed anticancer activity. However, two molecules had extremely strong anti-bacterial properties against several disease-causing bacteria, and were especially potent in battling bacteria isolated from the mouth.

“By combining an in silico approach with synthetic biology, we were able to directly discover the properties of chemical products from the human microbiome,” the authors concluded. The algorithm can especially be adapted for scouring brand new chemicals with potential drug-like benefits, though the results need to be carefully validated.

The work “will greatly expand our understanding of the chemical capabilities of microbiomes,” said Dr. Lora Hooper at the University of Texas in Dallas, who was not involved in the study.

The study is just the latest push in bringing microbial dark matter to light. Another recent attempt cleverly used DNA as a “fishing hook” to pluck out individual species of microbes from the mouth for further culture and study—the more traditional approach, but one experts call “inspiring” and “couldn’t even imagine in the early 1980s.”

One thing is clear: as computational and sequencing technologies advance, we’ll get an increasingly sharper image of our “dark” microbiome universe. With luck, they may even help solve some of the most daunting health problems we face today. The future is bright.