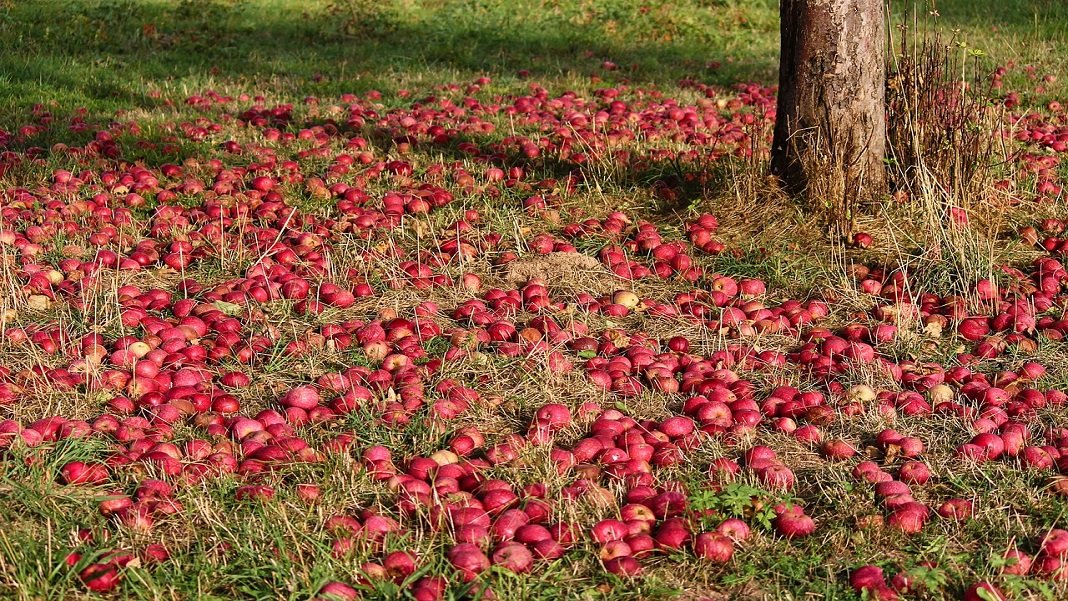 Waste not, want not. The proverbial saying has been around for about 250 years, and it refers to wisely using one’s resources or suffering the consequences. It’s also a good introduction to the topic of food waste.

You’re probably familiar with the oft-quoted statistics from the Food and Agriculture Organization (FAO) of the United Nations by now: Globally, about one-third of food is lost or wasted each year from the farm to the refrigerator, representing about 1.3 billion tons. The economic price tag is estimated at nearly $1 trillion annually.

The refrain from the FAO goes even further: If we could reverse this trend, we would have enough food to feed the world’s undernourished population, as well as help meet the nutritional needs of a planet estimated to reach nearly 10 billion people by 2050.

Technology has long been helping to hack world hunger. These days most conversations about tech’s impact on any sector of the economy inevitably involves artificial intelligence—sophisticated software that allows machines to make decisions and even predictions in ways similar to humans. Food waste tech is no different.

A report from the Ellen MacArthur Foundation and Google estimates that technologies employing AI to “design out food waste” could help generate up to $127 billion a year by 2030. These technologies range from machine vision that can spot when fruit is ready to be picked to algorithms that forecast demand in order to ensure retailers don’t overstock certain foods.

Weighing the Value of Food Waste

One London-based startup that has been generating headlines by reducing food waste is Winnow Solutions. The company took in $20 million in October from equity investments and loans to scale its AI platform, Winnow Vision, which identifies and weighs food waste for commercial kitchens. It then automatically assigns a dollar value to each scraped plate of fettuccine Alfredo or bowl of carrots dumped into its smart waste bin.

Winnow Vision can identify waste foods correctly more than 80 percent of the time and is improving as it learns, Peter Krebs, managing director of Winnow in North America, told Singularity Hub by email. That’s better than the busy kitchen staff, which correctly categorize food waste between 70 and 75 percent of the time.

It’s then up to people to turn those insights into action. “At Winnow we use the old adage: What gets measured gets managed,” Krebs said. “Once chefs have the insight into what is being wasted on a daily basis, kitchens can reduce food waste quickly. An average kitchen that uses Winnow reduces food waste by over 50 percent in the first year.”

The startup has partnered with Swedish retailer IKEA, which has installed Winnow Vision in all 23 of its stores throughout the UK and Ireland. IKEA says it has cut food waste in half at those outlets and saved 1.2 million meals in 2018. Berg says his company hopes to take a $1 billion bite out of food waste in commercial kitchen waste per year by 2025.

On the retail side, an Israeli startup founded three years ago called Wasteless has developed an algorithm for dynamically pricing perishable products. The software tracks an item’s price in real time and adjusts the cost based on its expiration date, so that products with a shorter shelf life are automatically discounted. The software also plugs into a store’s inventory management and other parts of the operation.

In one 12-week pilot test, a store retailer reduced food waste by 39 percent while boosting revenues by 110 percent and still maintaining a positive net margin.

Other AI startups are focused on the inventory management side of the retail business. Brooklyn-based Crisp, for instance, just emerged from stealth mode with a $14 million payday in September. The company claims its algorithms ingest every kind of variable that affects business, from production shortages to holiday traffic, in order to deliver automated forecasts so stores can order the right amount of inventory.

Another AI startup operating a similar business model that took in a $6.1 million chunk of funding in September is San Francisco-based Afresh Technologies. Its algorithms also factor in the intangibles like weather and peak freshness of produce to help predict demand and manage inventory. It claims its technology has reduced in-store food waste by as much as 45 percent.

Keeping an Eye on Agriculture

Meanwhile, back on the farm, companies like Centaur Analytics out of California are using advanced sensor networks and artificial intelligence for crop analytics. The five-year-old startup uses military-grade sensors to collect data on a variety of conditions on post-harvest storage facilities like grain bins.

The data are crunched in the cloud by algorithms that have learned to detect what conditions can lead to early spoilage or deterioration of the product—or even if there’s a threat of a pest infestation. The company can reportedly go one step further than other Internet of Things platforms by predicting the quality of the grain into the future based on past and current conditions.

It’s not just startups that are coming up with AI-centric solutions to food waste and spoilage on the farm. Microsoft has been touting how its AI applications like Azure Cognitive Services helped ensure a dairy farm in Australia produces high-quality milk safely and efficiently.

A sophisticated temperature-monitoring system that uses sensors and Microsoft’s AI technologies, for instance, can detect temperature fluctuations in storage tanks and trucks. The machine then sends an alert to prevent milk from spoiling if a serious problem occurs, such as an electrical failure to the refrigeration system.

Bringing More Money to the Table

The nonprofit ReFed, with a mission to reduce food waste, has estimated it would require $18 billion in funding over a 10-year period to reduce food waste by 20 percent in the US, which spends $218 billion a year growing, processing, transporting, and disposing of food that is never eaten.

In a 2018 report, the organization said about $125 million was invested in food waste startups but estimated that the private sector would need to account for about a third of the total $18 billion in investments to reach the 20 percent reduction goal.

The payoff is not just economic—though ReFed claims its math adds up to $100 billion in business profit and consumer savings—as reducing food waste by 20 percent over the next decade will save 16 trillion gallons of water and reduce greenhouse gas emissions by 180 million tons.

The appetite for reducing food waste is growing. It’s just a matter of whether we can stomach the initial cost in developing the technology to make it happen.