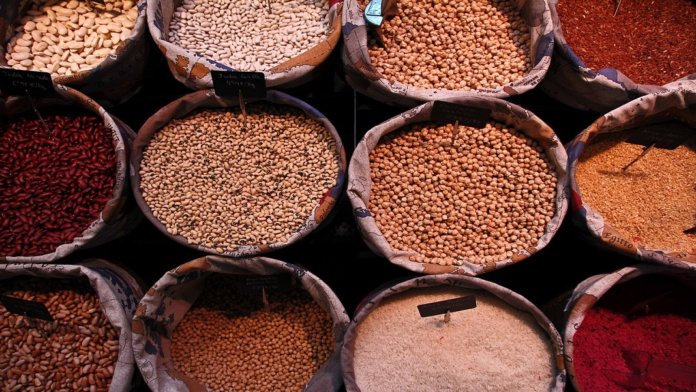 The feats technology is accomplishing these days have become so impressive and fantastical that real headlines often seem like fake news. Robots can play sports like basketball and soccer. Human-monkey hybrid embryos were recently created by a stem cell biologist. Artificially intelligent systems can play poker, design clothes, and diagnose diseases.

These are worthy accomplishments (some more than others) in their own right. But we’ve got to stop to think: technology’s being used to solve some pretty frivolous “problems.” In a world where we can build computers and robots that beat us at our own games, why are there still millions of people without access to clean water, quality healthcare, or education? Why isn’t tech solving those problems?

The Good, the Bad, the Techy

The good news is, as far as hunger goes, a lower percentage of the world’s population currently experiences it than ever before. From 1970 to 2015, the percentage of undernourished people in developing countries went from over 34 percent to less than 13 percent.

But there’s bad news too. For starters, global hunger rates have risen over the past four years, partially due to conflict, migration, political instability, and climate change. As the global population continues to grow, the Earth’s capacity to produce food isn’t going to magically change—but by 2050 we’ll have 2 billion more people to feed than we do now.

The World Food Program is banking on tech being able to help. Bernhard Kowatsch, head of the Innovation Accelerator, said the organization received about 4,400 applications over four years and distributed over $60 million to 66 teams. 8 of the teams also received over $69 million in additional funding from private investors and institutions. 11 teams took part in the accelerator bootcamp; here are the ideas a few of them brought to the table.

Hydroponic farming startup H2Grow developed a platform for growing greens, vegetables, and other crops in difficult locations, or as they put in, in “impossible places.” Their system doesn’t need soil and it uses 75 percent less space and 90 percent less water than a traditional farming plot of the same size. H2Grow is currently operating in eight different countries and has had success growing food in highly diverse locations, from slums outside Lima to the Sahara desert.

In Iraq, a public distribution system delivers food rations like flour, rice, oil, and sugar to most of the country’s population of 39 million. But its system is paper-based, and there are errors and service gaps as a result. PDS Digital Identity developed an app called myPDS to help the government transition from paper to digital. The app provides citizens with a digital identity and helps prioritize aid delivery to the most vulnerable. With a digital system, the government will be able to identify and remove duplicate accounts and verify peoples’ identities when they collect their rations.

To keep food cool—and thus extend its shelf life—in places without consistent electricity, refrigeration startup Fenik invented a cooler called the Yuma 60L. All it requires to function and keep foods cool is water. It uses evaporative cooling, a natural process that removes latent heat from a surface where evaporation is taking place. According to the company, its cooler allows food to last three to five times as long as it would without cooling.

In response to the needs of the beneficiaries and the challenges faced by the government in distributing food grain subsidies, WFP India is developing an automated multi-commodity grain dispensing and procurement solution. (gr)ATM is a kind of “grain ATM” and is proposed to be piloted in 15 locations.

The company that won the Innovation Accelerator’s most impactful pitch award—a recognition that comes with additional funding and support from the World Food Program—was a Ghanaian farming startup called Sesi Technologies. Their GrainMate Moisture Meter measures moisture levels in post-harvest stored crops like corn, sorghum, wheat, and chickpeas. Having an easy and affordable way to track moisture levels will help smallholder farmers reduce inventory losses. GrainMate costs $100 and can also by purchased by trading grain products.

Many startups headquartered in Silicon Valley have noble and ambitious missions to solve global challenges like hunger or access to clean water. But the edge that a program like the WFP accelerator brings is that its solutions are designed by people who really know the problems, because they’ve lived with them. “Solving” hunger isn’t a one-size-fits-all project; while its root causes may be similar, the specific challenges faced by different regions vary widely.

“Innovation is essential to enable WFP to deliver on its mission to reach zero hunger,” said Stephen Ibaraki, who serves on the advisory council of the WFP’s Innovation Accelerator. “This is a different kind of accelerator. It’s not just about the money that startups can raise, it’s about inviting bright minds to conceive of creative solutions to end hunger that work, and then nurture those solutions from idea to reality, with funding, expertise, and WFP’s global reach.”