How Selfish Are You? It Matters for MIT’s New Self-Driving Algorithm 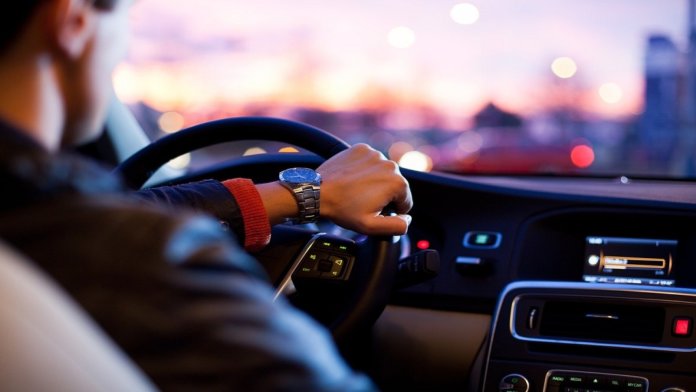 Our personalities impact almost everything we do, from the career path we choose to the way we interact with others to how we spend our free time.

But what about the way we drive—could personality be used to predict whether a driver will cut someone off, speed, or, say, zoom through a yellow light instead of braking?

There must be something to the idea that those of us who are more mild-mannered are likely to drive a little differently than the more assertive among us. At least, that’s what a team from MIT’s Computer Science and Artificial Intelligence Laboratory (CSAIL) is betting on.

“Working with and around humans means figuring out their intentions to better understand their behavior,” said graduate student Wilko Schwarting, lead author on the paper published this week in Proceedings of the National Academy of Sciences. “People’s tendencies to be collaborative or competitive often spills over into how they behave as drivers. In this paper we sought to understand if this was something we could actually quantify.”

The team is building a model that classifies drivers according to how selfish or selfless they are, then uses that classification to help predict how drivers will behave on the road. Ideally, the system will help improve safety for self-driving cars by integrating a degree of ‘humanity’ into how their software perceives its surroundings; right now, human drivers and their cars are just another object, not much different than a tree or a sign.

But unlike trees and signs, humans have behavioral patterns and motivations. For greater success on roads that are still dominated by us mercurial humans, the CSAIL team believes, driverless cars should take our personalities into account.

How Selfish Are You?

About how important is your own well-being to you vs. the well-being of other people? It’s a hard question to answer without specifying who the other people are; your answer would likely differ if we’re talking about your friends, loved ones, strangers, or people you actively dislike.

In social psychology, social value orientation (SVO) refers to people’s preferences for allocating resources between themselves and others. The two broad categories people can fall into are pro-social (people who are more cooperative, and expect cooperation from others) and pro-self (pretty self-explanatory: “Me first!”).

Based on drivers’ behavior in two different road scenarios—merging and making a left turn—the CSAIL team’s model classified drivers as pro-social or egoistic. Slowing down to let someone merge into your lane in front of you would earn you a pro-social classification, while cutting someone off or not slowing down to allow a left turn would make you egoistic.

The system then uses these classifications to model and predict drivers’ behavior. The team demonstrated that using their model, errors in predicting the behavior of other cars were reduced by 25 percent.

In a left-turn simulation, for example, their car would wait when an approaching car had an egoistic driver, but go ahead and make the turn when the other driver was prosocial. Similarly, if a self-driving car is trying to merge into the left lane and it’s identified the drivers in that lane as egoistic, it will assume they won’t slow down to let it in, and will wait to merge behind them. If, on the other hand, the self-driving car knows that the human drivers in the left lane are prosocial, it will attempt to merge between them since they’re likely to let it in.

So how does this all translate to better safety?

It’s essentially a starting point for imbuing driverless cars with some of the abilities and instincts that are innate to humans. If you’re driving down the highway and you see a car swerving outside its lane, you’ll probably distance yourself from that car because you know it’s more likely to cause an accident. Our senses take in information we can immediately interpret and act on, and this includes predictions about what might happen based on observations of what just happened. Our observations can clue us in to a driver’s personality (the swerver must be careless) or simply to the circumstances of a given moment (the swerver was texting).

But right now, self-driving cars assume all human drivers behave the same way, and they have no mechanism for incorporating observations about behavioral differences between drivers into their decisions.

“Creating more human-like behavior in autonomous vehicles (AVs) is fundamental for the safety of passengers and surrounding vehicles, since behaving in a predictable manner enables humans to understand and appropriately respond to the AV’s actions,” said Schwarting.

Though it may feel a bit unsettling to think of an algorithm lumping you into a category and driving accordingly around you, maybe it’s less unsettling than thinking of self-driving cars as pre-programmed, oblivious robots unable to adapt to different driving styles.

The team’s next step is to apply their model to pedestrians, bikes, and other agents frequently found in driving environments. They also plan to look into other robotic systems acting among people, like household robots, and integrating social value orientation into their algorithms.