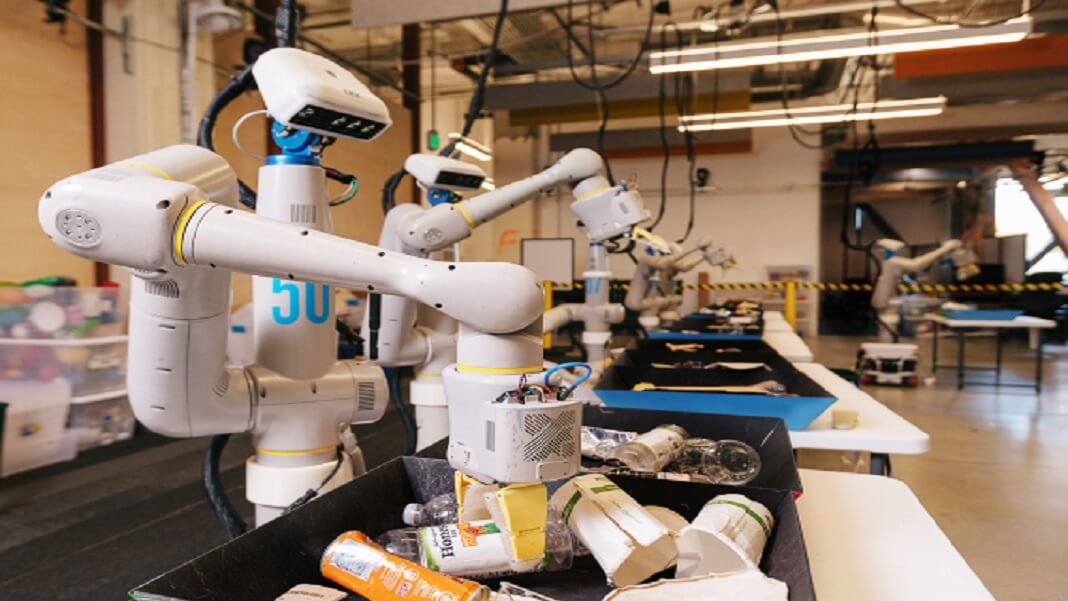 Robots excel at carrying out specialized tasks in controlled environments, but put them in your average office and they’d be lost. Alphabet wants to change that by developing what they call the Everyday Robot, which could learn to help us out with our daily chores.

For a long time most robots were painstakingly hand-coded to carry out their functions, but since the deep learning revolution earlier this decade there’s been a growing effort to imbue them with AI that lets them learn new tasks through experience.

That’s led to some impressive breakthroughs, like a robotic hand nimble enough to solve a Rubik’s cube and a robotic arm that can accurately toss bananas across a room.

And it turns out Alphabet’s early-stage research and development division, Alphabet X, has also secretly been using similar machine learning techniques to develop robots adaptable enough to carry out a range of tasks in cluttered and unpredictable human environments like homes and offices.

The robots they’ve built combine a wheeled base with a single arm and a head full of sensors (including LIDAR) for 3D scanning, borrowed from Alphabet’s self-driving car division, Waymo.

At the minute, though, they’re largely restricted to sorting trash for recycling, project leader Hans Peter Brondmo writes in a blog post. While that might sound mundane, identifying different kinds of trash, grasping it, and moving it to the correct bin is still a difficult thing for a robot to do consistently. Some of the robots also have to navigate around the office to sort trash at various recycling stations.

Alphabet says even its human staff were getting it wrong 20 percent of the time, but after several months of training the robots have managed to get that down to 3.5 percent.

Every day, 30 robots toil away in what’s been dubbed the “playpen” sorting trash, and then every night thousands of virtual robots continue to practice in a simulation. This experience is then used to update the robots’ control algorithms each night. All the robots also share their experiences with the others through a process called collaborative learning.

The process isn’t flawless, though. Simonite notes that while the robots exhibit some uncannily smart behaviors, like stirring piles of rubbish to make it easier to grab specific items, they also frequently miss or fumble the objects they’re trying to grasp.

Nonetheless, the project’s leaders are happy with their progress so far. And the hope is that creating robots that are able to learn from little more than experience in complex environments like an office should be a first step towards general-purpose robots that can pick up a variety of useful skills to assist humans.

Taking that next step will be the major test of the project. So far there’s been limited evidence that experience gained by robots in one task can be transferred to learning another. That’s something the group hopes to demonstrate next year.

And it seems there may be more robot news coming out of Alphabet X soon. The group has several other robotics “moonshots” in the pipeline, built on technology and talent transferred over in 2016 from the remains of a broadly unsuccessful splurge on robotics startups by former Google executive Andy Rubin.

Whether this robotics renaissance at Alphabet will finally help robots break into our homes and offices remains to be seen, but with the resources they have at hand, they just may be able to make it happen.