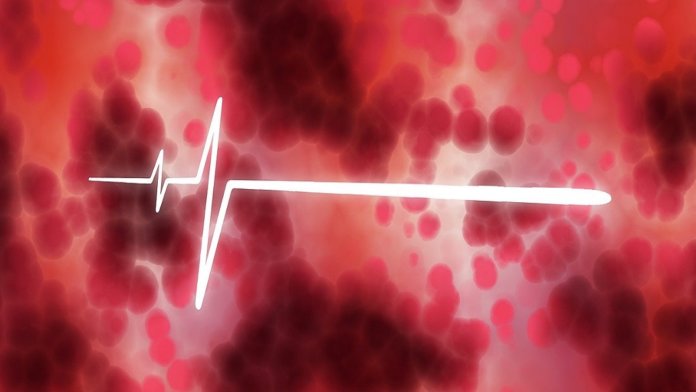 Wearables are so common these days we rarely give them second thought. Yet packed into FitBits and Apple Watches are multiple tiny, sensitive sensors that monitor your steps, heart rate, sleep and—with your input—even menstrual cycles. Smart watches that “watch you” are accurate enough that Apple, for example, is teaming up with Stanford University in a massive clinical trial to see if data collected using the watch can identify abnormal heart rhythms, including those that lead to serious damage to the heart’s blood vessels.

Yet on the technological scale, wearables are still in their infancy in how much data they gather. The rise of AI has promised a paradigm shift in preventative and personalized medicine: give the algorithm sufficient, well-labeled data, and it may one day catch dangerous falls, swallowing problems, heart attacks, or even changes in your voice that might indicate the onset of depression, Parkinson’s, and other troubling disorders.

Current wearables aren’t up to that task. A new experimental skin patch, however, might be.

This week, a team led by Dr. John Rogers at Northwestern University in Chicago described a smart patch that could ostensibly track nearly every vibration your body generates. We’re not just talking about steps or other movement, such as walking or stretching. The soft patch, not much larger than a Band-Aid, uses high-bandwidth accelerometers that also capture delicate, minute internal movements in the body.

In other words, nearly any bodily function that causes your tissue and organs to mechanically shift is hypothetically trackable with the patch: movements, body orientation, swallowing, breathing, heart rhythms, vocal vibrations, and sleep.

That’s not all. “By design, the technologies and methods described here align well with current manufacturing practices and commercial components, thereby offering a high level of technology readiness,” the authors wrote in their paper, published in Nature Biomedical Engineering. Combining multiple accelerometers of different sensitivities, or adding in blood sugar monitors or gadgets that deduce oxygen level in the blood, will further expand the patch’s medical reach.

One wearable to rule them all? Not quite yet, but that may be the direction we’re heading.

Rogers is hardly new to the health monitoring field. Inventions from just the past three years include injectable filaments that monitor brain activity using electricity and light, skin sensors for full-body pressure and temperature mapping, wireless and battery-free fingernail electronics to capture blood oxygen levels, and more exotic gadgets for sampling sweat. His lab especially has an eye on soft, low-power or no-power electronics that mold to the body’s irregular shapes so that they can continuously capture physiological data.

These inventions aren’t just for fun. One prominent idea in preventative and personalized medicine is to continuously gauge a person’s health through a myriad of biomarkers, rather than piecing disparate doctor’s visits together into a movie of an individual’s health. The more data we have, the idea goes, the better we can train AI systems to provide health monitoring services outside the hospital during regular daily routines. The best wearables may be those that silently disappear outside of conscious thought.

Translation? The gadget needs to measure something we don’t often think about. Mechano-acoustic signals are one of those. These signals capture motion and sound, from large limb movements when we walk to the tiny trembles of our vocal cords. Normally, these signals are measured using bulky stethoscopes or rigid accelerometers and microphones physically strapped to the body—or sometimes even stuck onto the skin using wax—which aren’t exactly pleasant for everyday use.

The new patch uses miniaturized, low-power accelerometers and a battery, both embedded in flexible silicon gel like a sandwich. Also hidden in the patch are charging controllers and microcontrollers that direct storage and communications components, including a Bluetooth module and flash memory. This allows the patch to wirelessly communicate with a smartphone app and charge inductively, the authors explained.

The components are linked together using stretchable copper wires, along with regulators such as amplifiers, resistors, and capacitors to increase the signal. The “bread” pieces of the sandwich are made of thick, skin-colored silicon elastomer, which stretches and twists with the body. Together, the patch is able to measure vibration and sound frequencies ranging from 0 to 1,600 Hertz, which encompasses most of the body’s organs.

Here’s the weird part: rather than sticking to the wrist like a wearable watch, the patch works best when placed at the hollow of your throat. The placement may be unconventional, the team said, but it’s a “unique anatomical location” for recording vibrations that stem from the heart, lungs, or digestive track across large frequencies.

“We found that the notch works well in healthy subjects while still and engaged in various activities such as jumping and walking, irrespective or their age, gender, race or body size,” the team explained.

In lab studies with controllable environments, the patch was able to simultaneously capture a laundry list of physiological measures. Heart rate and variations in its rhythm were child’s play. Mechanic signals stemming from air flowing through the windpipe also allowed the patch to capture data for swallowing, talking, breathing, coughing, sighing, and snoring.

The patch was even able to capture and process speech signals, marking the beginning and end of every time a person spoke, though unlike a previous study, the team didn’t mention if the patch was able to decipher each word.

Field tests in everyday conditions worked just as well. When used in a spin class, for example, the patch could accurately capture heart rate and breathing cycles. While monitoring a dinner, the wearable pinpointed every time a person talked or swallowed.

Finally, in a sleep lab, the patch was able to monitor tiny bodily movements that helped calculate what particular sleep position the person was in at any time, while tracking their heart rate and measuring sleep cycles. While that might sound fairly creepy, the device could one day be used on newborns, for example, to alert parents to signs of abnormal sleep or even precursors to SIDS (Sudden Infant Death Syndrome). While we’re not there yet, the patch offers a glimpse of what could come.

The device, or its variations, isn’t far from market, and consumer-level companies are likely to take note. There are absolutely benefits to adopting expansive health monitoring in our everyday lives. Using data from the sensors, doctors at a hospital far away may be able to make a fast, accurate diagnosis. Sudden, limited bouts of rapid shallow breathing could suggest an anxiety-prone patient is in the throes of a panic attack, or a shift in vocal patterns could mean the onset of mental health disorders. In emergencies such as heart attacks, the patch could save lives.

Yet as Google’s Project Nightingale clearly show, privacy should be at the forefront of everyone’s mind. Unbeknownst to patients, Google teamed up with Ascension facilities in 21 states to amass personal health records without consent. Imagine the data that insurance and tech companies, or even the government, might be able to harness from wearables—with or without consent—if the patch rolls out without strict privacy policies easily readable by its users.

When linked with blood oxygen or glucose monitors, the patch has potential as a powerful universal “monitor all” guardian angel for our health at the population level. But practicality shouldn’t be its only goal. Privacy looms larger.