Robotic Exoskeletons, Like This One, Are Getting More Practical 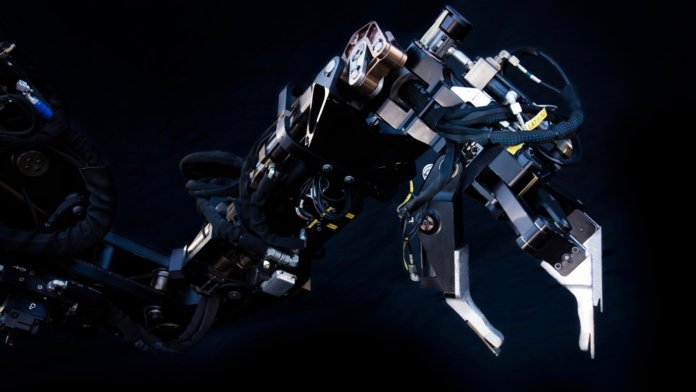 When you imagine an exoskeleton, chances are it might look a bit like the Guardian XO from Sarcos Robotics. The XO is literally a robot you wear (or maybe, it wears you). The suit’s powered limbs sense your movements and match their position to yours with little latency to give you effortless superstrength and endurance—lifting 200 pounds will feel like 10.

A vision of robots and humankind working together in harmony. Now, isn’t that nice?

Of course, there isn’t anything terribly novel about an exoskeleton. We’ve seen plenty of concepts and demonstrations in the last decade. These include light exoskeletons tailored to industrial settings—some of which are being tested out by the likes of Honda—and healthcare exoskeletons that support the elderly or folks with disabilities.

Full-body powered robotic exoskeletons are a bit rarer, which makes the Sarcos suit pretty cool to look at. But like all things in robotics, practicality matters as much as vision. It’s worth asking: Will anyone buy and use the thing? Is it more than a concept video?

Sarcos thinks so, and they’re excited about it. “If you were to ask the question, what does 30 years and $300 million look like,” Sarcos CEO, Ben Wolff, told IEEE Spectrum, “you’re going to see it downstairs.”

The XO appears to check a few key boxes. For one, it’s user friendly. According to Sarcos, it only takes a few minutes for the uninitiated to strap in and get up to speed. Feeling comfortable doing work with the suit takes a few hours. This is thanks to a high degree of sensor-based automation that allows the robot to seamlessly match its user’s movements.

The XO can also operate for more than a few minutes. It has two hours of battery life, and with spares on hand, it can go all day. The batteries are hot-swappable, meaning you can replace a drained battery with a new one without shutting the system down.

The suit is aimed at manufacturing, where workers are regularly moving heavy stuff around. Additionally, Wolff told CNET, the suit could see military use. But that doesn’t mean Avatar-style combat. The XO, Wolff said, is primarily about logistics (lifting and moving heavy loads) and isn’t designed to be armored, so it won’t likely see the front lines.

The system will set customers back $100,000 a year to rent, which sounds like a lot, but for industrial or military purposes, the six-figure rental may not deter would-be customers if the suit proves itself a useful bit of equipment. (And it’s reasonable to imagine the price coming down as the technology becomes more commonplace and competitors arrive.)

Sarcos got into exoskeletons a couple decades ago and was originally funded by the military (like many robotics endeavors). Videos hit YouTube as long ago as 2008, but after announcing the company was taking orders for the XO earlier this year, Sarcos says they’ll deliver the first alpha units in January, which is a notable milestone.

Broadly, robotics has advanced a lot in recent years. YouTube sensations like Boston Dynamics have regularly earned millions of views (and inevitably, headlines stoking robot fear). They went from tethered treadmill sessions to untethered backflips off boxes. While today’s robots really are vastly superior to their ancestors, they’ve struggled to prove themselves useful. A counterpoint to flashy YouTube videos, the DARPA Robotics Challenge gave birth to another meme altogether. Robots falling over. Often and awkwardly.

This year marks some of the first commercial fruits of a few decades’ research. Boston Dynamics recently started offering its robot dog, Spot, to select customers in 2019. Whether this proves to be a headline-worthy flash in the pan or something sustainable remains to be seen. But between robots with more autonomy and exoskeletons like the XO, the exoskeleton variety will likely be easier to make more practical for various uses.

Whereas autonomous robots require highly advanced automation to navigate uncertain and ever-changing conditions—automation which, at the moment, remains largely elusive (though the likes of Google are pairing the latest AI with robots to tackle the problem)—an exoskeleton mainly requires physical automation. The really hard bits, like navigating and recognizing and interacting with objects, are outsourced to its human operator.

As it turns out, for today’s robots the best AI is still us. We may yet get chipper automatons like Rosy the Robot, but until then, for complicated applications, we’ll strap into our mechs for their strength and endurance, and they’ll wear us for our brains.