The Standout Tech Trends From CES 2020 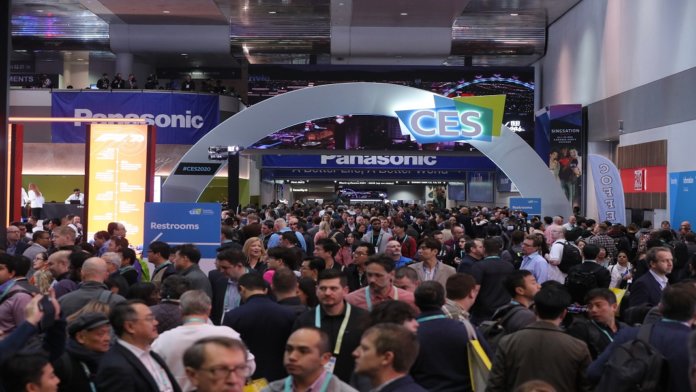 These are just a few of the weirdest, wildest pieces of technology on display at this year’s Consumer Electronics Show in Vegas. The massive annual convention never fails to unveil concepts that leave us incredulous, prototypes that help us imagine a fantastic future, and gadgets that make us question our fellow humans’ judgment and intelligence.

Singularity Hub is on the ground at CES to bring you all the gossip, gizmos, and gear that’s new in 2020. Here’s what we’ve picked out as the most noteworthy tech trends taking over Sin City this week.

For most of 2019, we thought about 5G. We wondered what it would be like when it finally arrived. Some of us even feared it. And now, it’s here.

The CES show floor was chock full of devices boasting 5G capability, from a special ultra-fast gaming router to myriad modems, laptops, and smartphones. But since 5G networks haven’t yet been set up in much of the US, this tech will likely retain its elusive, just-out-of-our-reach glimmer for a little longer.

Taking a stroll around the show floor, you’d swear America has a collective insomnia problem, because there’s tons of tech geared towards helping us sleep deeper, better, and longer; rather than being lumped into health and wellness, sleep tech has its own not-small section of the floor. Here are a few of the gadgets that may soon be saving our snooze-time.

French company URGOtech makes what it calls a sleep training system—the product’s official name is URGOnight—that’s supposed to help users’ brains produce more of the brainwaves needed to fall asleep. I stopped by the booth to find out what sort of brainwaves those are (and what a ‘brainwave’ is, for that matter).

A friendly, patient engineer placed a headset on me and explained that certain thought patterns produce a calming effect in the brain—think meditation. When we become skilled at recognizing and practicing these thought patterns, our brains are better able to harness them for rest. I played a game that involved trying to make leaves grow on a digital tree (I found it quite frustrating), then reviewed the readout of my brain activity over the course of the game’s two minutes—I’m definitely an amateur. The company claims its product can reduce the time it takes to fall asleep by 40 percent, and reduce nighttime sleep interruptions by half.

Wearable maker Withings’ ScanWatch is a smartwatch that measures oxygen saturation levels by emitting and absorbing a light wave passing through blood vessels to detect sleep apnea. The watch tracks sleep length, depth, and quality and provides a nightly sleep score in addition to the usual activity tracking and heart rate monitoring. Maybe the coolest part is that for all its tech, it still looks sort of like a classic (now old-fashioned) ‘dumb’ watch.

Embr Labs, which bills itself as “the first thermal wellness technology company,” is exhibiting Embr Wave, a bracelet that uses ‘temperature waveforms’ to reduce stress and hot flashes and improve sleep. Putting the device on Sleep Mode gives wearers a 35-minute cooling or warming session that’s supposed to lull them to sleep. According to Embr Labs co-founder Sam Shames, “Temperature sensations for improving how we feel is the next frontier for health and wellness.” The company recently raised $6 million in a fundraising round led by DigiTx Partners.

Maybe privacy shouldn’t be called a ‘trend’ so much as a ‘really important thing we need to get serious about after too many dystopian-like debacles over the last couple years.’ Companies are leaping onto the privacy wagon, and their products promise to protect our data at every level.

Google’s Assistant now lets users backtrack, specify, and erase, with the device now updated to act on the commands “Hey Google, that wasn’t for you,” for when it hears something you may not have wanted it to; and “Hey Google, are you saving my audio data?” for the machine to give you a rundown of your privacy controls.

Amazon announced a new software dashboard for its smart doorbell/camera/security system, Ring. Users can now manage the devices and services that have access to their smart system, and opt out of allowing law enforcement officials to access the video feed from their system’s camera.

Winston is a VPN alternative that users install between their router and modem to make any sort of tracking or surveillance difficult to impossible. The device scans incoming and outgoing digital traffic and blocks ads, filters cookies, and protect your IP address. Without all those ads and vacuuming up of your data that usually goes on, the company claims, your internet will also be faster.

As center-stage as privacy is at CES, it’s funny that the opposite of privacy—putting sensors and cameras in every place and space imaginable—is just as big a trend. From homes whose appliances can book their own maintenance appointments to underwear that tracks your vitals, signs point to a future in which machines know everything about us.

High-tech textile company Myant’s Skiin line of connected underwear contains small sensor-filled pods that monitor heart and breath rate, stress levels, temperature, sleep, and exercise, and can transmit the info to an app where users can share it with their doctor. Invasive as the thought of sensor-filled underwear may seem, founder Tony Chahine made a good point when he said, “Most of us put underwear on every single day, why not have our tech embedded in something we already wear?” Chahine envisions the undies evolving to the point where they can track fertility and conditions like Alzheimer’s.

Trifo’s Lucy robot vacuum does what you’d expect it to do—clean your floors—but also, it can watch over your home when you’re sleeping or not around. Equipped with different cameras for daytime and nighttime surveillance, the bot uses a 3D model of the home to know which areas to clean and which to patrol.

Samsung’s Family Hub refrigerator uses machine vision (via a camera inside the fridge) to detect what kind of food you have. It suggests dishes you can cook with that food, and keeps track of when it expires so you either use it in time or throw it out when it’s not good anymore.

‘Sad tech’ isn’t actually a thing; it’s a trend name I just made up. A lot of the technology that companies are pouring millions of dollars into is useful or necessary—it can make our lives easier, safer, and better. But some of it is less useful, more bizarre, or downright depressing for one reason or another.

Japanese company Yukai Engineering is marketing its (admittedly adorable) Bocco Emo robot as an “emotional support robot.” On top of un-emotional functions like turning lights on and off, the mini-snowman-like bot listens to its owner speak and nods its head in what’s supposed to be an understanding manner. Similarly, Lovot’s self-proclaimed goal is to “create a robot that makes you happy.” Japan’s aging population is part of what’s compelling the country to lead the way in domestic robots, including ones that can help care for elders, and some believe robots will play a key part in alleviating loneliness. That’s cool if it’s helping people, of course—but isn’t it a bit sad that we’re outsourcing our emotional well-being to machines?

We’re also trying to outsource more of our self-propelled forward motion—aka walking. Segway’s new S-Pod is basically an armchair on two self-balancing wheels, designed so that you don’t have to get any exercise when you’re in large contained spaces like airports, amusement parks, or malls. The pod moves at up to 24 miles per hour, steered by a knob on the armrest or remotely. I’d be lying if I said my feet weren’t killing me by the end of day one navigating the CES show floor—but does the world’s most obese country really need new tech to help us not move?

By now you’ve probably gotten word of the toilet paper bot. Made by Charmin, the cleverly-named prototype Rollbot links up with your smartphone’s bluetooth to let you summon it when you need it most—aka, when you’re on the throne and run out of TP. The two-wheeled self-balacing bot will roll right into your restroom (how it will open the door is yet to be determined) and deliver a new roll of toilet paper. It’s fun, it’s silly, it’s clever, and it’s a little bit embarrassing.

A final trend noted at CES 2020? A lot of what’s being done in tech is being done simply because it can be.