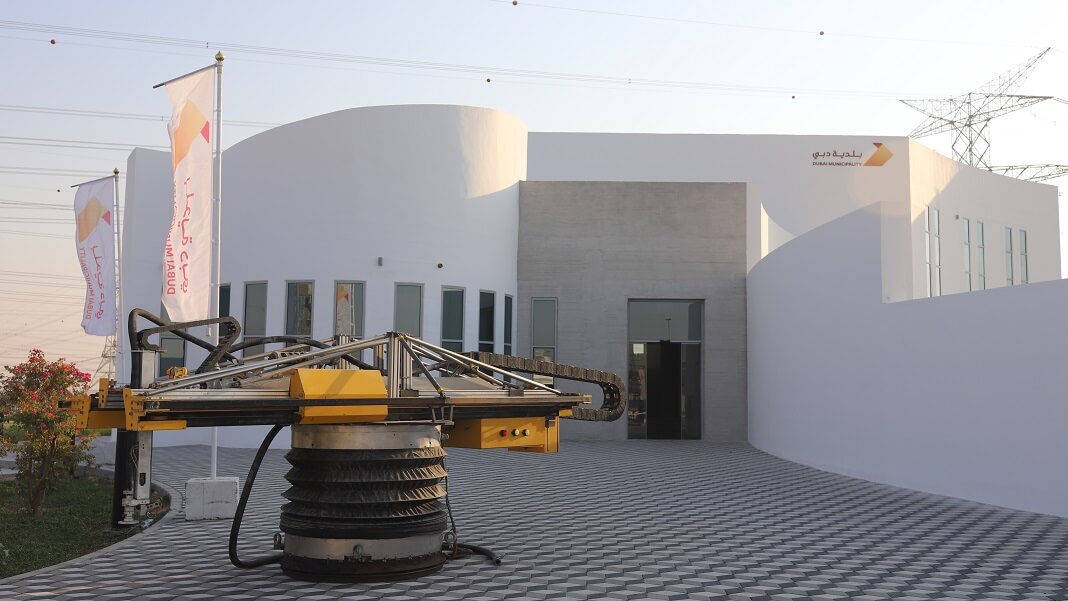 Just a few years ago, the idea of a house being spit out by a 3D printer would’ve sounded absurd to most of us. But not only have houses been 3D printed in multiple countries, entire communities of printed homes are being built—and it doesn’t stop there.

The Suzhou building, a five-story apartment complex, is taller, but the 31-foot-tall Dubai building is larger by volume at 6,900 square feet. Its purpose is a bit less exciting than its construction; it will be used for administrative work by the Dubai Municipality.

The city collaborated on the building with Boston-based 3D printing construction company Apis Cor, which also built a house in Russia that went up in less than a day.

Talk about contrasting climates; the Russia house was printed in the dead of winter, requiring a heated tent to be put up around the entire building site. In Dubai, meanwhile, average temperatures are in the 90-100 degree Farenheit range for several months a year. You’d think maybe a giant air-conditioned tent would be in order, but construction was completed in the open, with no controls over temperature or humidity.

3D printed houses, at around 500 square feet, are small enough to be constructed by a printer that moves around on a track. But there’s not yet a printer in existence that can build a 6,900-square-foot structure in one go; the printer used on this project was moved around by a crane to complete the various segments of the building, pumping out successive layers of a gypsum-based mixture.

The building has a traditional foundation made of pre-cast concrete, and it’s reinforced with concrete and rebar. Once the walls were all printed (the company didn’t specify how long the printing process took), contractors added the roof and windows.

The municipal building will soon be in good company. Dubai has a (somewhat perplexing) target to make a quarter of its buildings 3D printed by 2030; the government believes this will cut costs in various sectors and restructure the labor market. It estimates that reaching the 25 percent 3D printed building goal will reduce labor demand by 70 percent, cut costs by 90 percent, and reduce the time it takes to build by 80 percent.

There’s certainly a need for quick, cheap, not-shoddy ways to build things. Demand for affordable housing is increasing as populations grow and a higher percentage of people gravitate to big cities. A recent Economist cover story went so far as to call home ownership “one of the rich world’s most serious and longest-running economic failures.” A lack of building in and near big cities, the article goes on to say, is the root cause of that failure, and high housing costs have fueled generational and geographic inequality.

3D printing could provide a low-cost solution for adding new real estate in high-demand areas. A major caveat, though, is that the areas where housing is most in demand are already densely populated and densely built. Until 3d printing can build taller, it may not be as helpful as we’d like to think.

Apis Cor is planning to build a demo house in the US this year as a feasibility study. It will be a one-story, single-family home. But technology and capitalism have a way of shaping themselves to meet the market’s demands, and of doing so by increasingly efficient and cost-effective means. My guess is, it’s only a matter of time—and not too much of it—before new records for big and tall 3D printed buildings are set (and broken, and re-set).