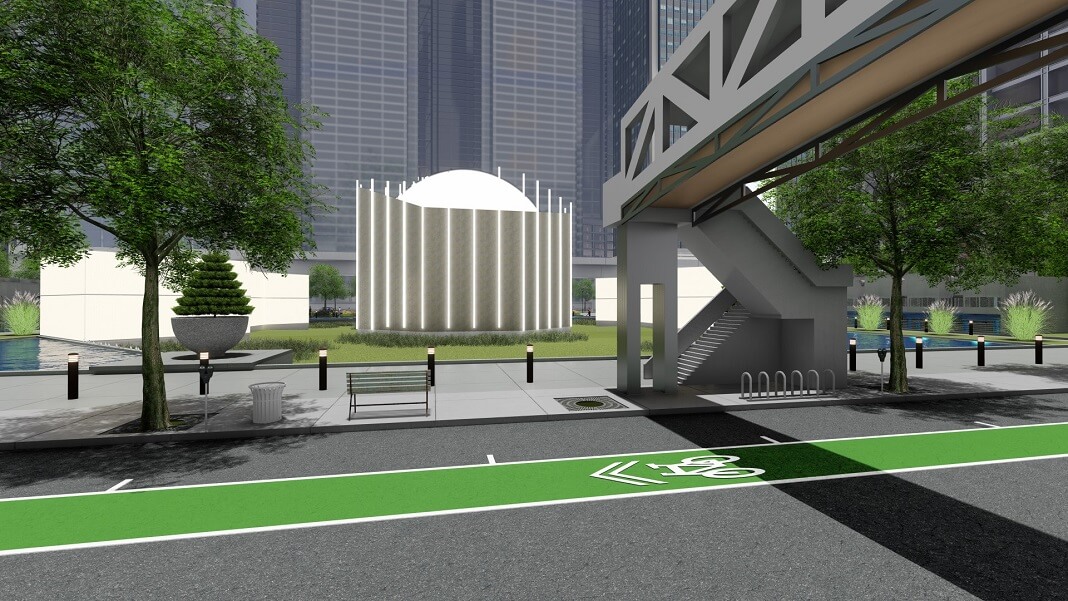 Nuclear power’s role in combating climate change is a contentious topic, but a Silicon Valley entrepreneur thinks he can sway the debate by releasing open-source designs for a small-scale reactor that could be built in two years for just $300 million.

The argument for making nuclear power part of our response to climate change is compelling: the fuel is abundant, it releases no greenhouse gas emissions during operations, and it’s capable of producing huge amounts of energy.

But safety concerns, cost, and the question of what to do with the radioactive waste produced mean it’s failed to capture the zeitgeist.

Bret Kugelmass wants to change that. After selling his drone company Airphrame in 2017 he decided to take on climate change, founding a non-profit research organization called the Energy Impact Center (EIC). And pretty quickly, he came to the conclusion that nuclear power is the way forward.

To advance his vision, last week EIC launched the OPEN100 project, which Kugelmass says will provide open-source blueprints for the design, construction, and financing of a 100-megawatt nuclear reactor. He claims the reactor can be built for $300 million in less than two years, significantly decreasing the per-kilowatt cost of nuclear power.

The logic behind the idea is that the biggest barrier to the widespread use of nuclear is the cost of building reactors, which most experts would agree is a major problem for the industry. Kugelmass thinks that’s because we’ve been focused on large, overly complicated reactors that take far too long to build. His solution is to go back to tried and tested pressurized water reactors from the previous century, and bring their cost down even further through standardization and a focus on speedy construction.

The path to this conclusion was a review of the nuclear industry by EIC staff involving 1,500 interviews with experts in everything from technology to economics and policy. The team used this analysis to put together an open-source template for designing and constructing a nuclear power plant.

Kugelmass isn’t the only one convinced that shrinking reactors is the way to revive interest in nuclear power. Several companies are developing “small modular reactors” that promise to be both cheaper and safer. NuScale in the US is close to deploying its first plant, and Rolls-Royce in the UK and the Chinese and Russian governments are also working on designs.

But there are still plenty of unresolved questions. Any claims about how quickly and cheaply a reactor can be built should be taken with a grain of salt in an industry where costly overruns are the norm. At present, OPEN100’s blueprints consist of simple 3D shells of components like reactor vessels or turbines, without any detail on how they work—though the organization’s website says more detailed models will be released in the coming months.

There’s also widespread skepticism about how transformative the shift to smaller reactors would be, with many experts saying they face the same cost and safety concerns as their larger cousins. Kugelmass is bullish on the safety front, telling POWER that the low number of casualties from the Fukushima nuclear disaster showed that nuclear plants have similar risks of accidents as any other industrial plant, with similarly mild consequences.

But safety concerns don’t only revolve around the risk of meltdown. All nuclear plants create large amounts of long-life radioactive waste that no country has yet worked out how to deal with. And regardless of what the facts are, public opinion is broadly unwelcoming to new nuclear development; the HBO series Chernobyl didn’t help.

However, the costs of renewable energy are plummeting and advances in utility-scale energy storage are beginning to provide solutions to the intermittency of wind and sun. If these trends continue, they could call into question the rationale for a major investment in new nuclear technology—though by some estimates, even if the solar and wind intermittency problem is solved and battery storage capacity improves, solely relying on these sources won’t be enough to meet future energy needs.

This doesn’t seem to deter Kugelmass, though. To coincide with the launch of OPEN100 he also launched a for-profit EIC spin-off called Last Energy that will seek to connect private investors with opportunities to develop new nuclear projects around the world. We could soon be finding out whether open-source nuclear power has any legs.