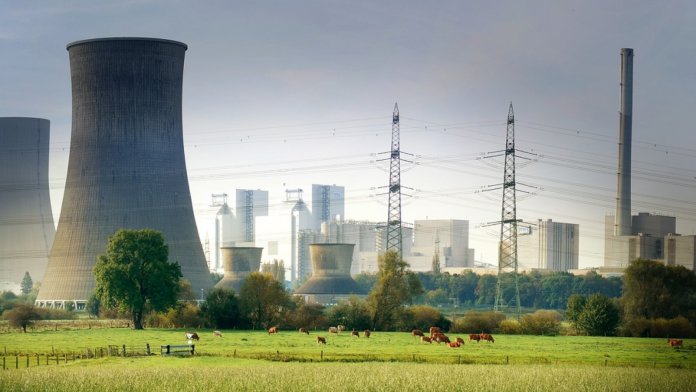 Nuclear power has a lot going for it. It’s carbon-free, can produce huge amounts of power from relatively small amounts of fuel, and once plants are built, they’re cheap to run. But containing the powerful nuclear processes at its heart is incredibly complex, which means building plants is expensive and catastrophic failure is always a possibility. That’s not to mention the highly radioactive waste produced by current technology.

These factors, combined with hardening public opposition to the technology following the Fukushima nuclear disaster and the emergence of wind and solar as carbon-free alternatives, have seen the industry’s fortunes fade in recent years. This was epitomized by the 2017 bankruptcy of Westinghouse, one of the world’s leading nuclear power companies.

That slump has caused concern among some experts, including many who previously opposed nuclear power. UN researchers say increased use of nuclear power is crucial if we are to limit global warming to 1.5C, a target that’s already looking ambitious.

Despite this worrying outlook, though, a host of startups are trying to breathe new life into a nuclear industry that was long the purview of engineering giants and state-backed industry. In a recent report, CB Insights highlighted companies pursuing technologies that could revamp nuclear fission, the process at the heart of today’s plants. At the same time, several startups believe the long-awaited era of nuclear fusion is nearly upon us.

Perhaps the most talked-about nuclear power innovation of recent years is the small modular reactor. It’s effectively a miniaturized version of today’s conventional nuclear power plants and is based on advances made in building nuclear-powered naval vessels. By shrinking the size of these plants, the hope is to dramatically reduce the large capital costs of nuclear power and reduce the potential impacts of a large-scale nuclear meltdown.

NuScale is leading the charge with this technology and has a project with the Utah Associated Municipal Power Systems to build 12 of its 60-megawatt (MW) reactors by 2026, for a total of 720MW. The project reached an important milestone in July after signing contracts to supply more than 150MW to local utilities.

But the deal is still far from sealed. MIT Tech Review points out that another small modular reactor producer was in a similar position less than a decade ago, but the plan fizzled out after they failed to find enough customers.

And while small modular reactors may capture a greater share of the headlines, according to CB Insights another technology seems to be faring better with investors. They found six companies building molten salt reactors that have received $64 million from venture capitalists between them.

While conventional nuclear plants use pressurized water as a coolant, molten salt reactors instead use a molten salt, which allows them to operate at much lower pressures and therefore reduces the risk of an accident. More advanced designs envisage mixing liquid fuel in with the coolant, which could allow the use of cleaner fuels like thorium and allow continual reprocessing of the fuel so plants don’t have to be shut down once fuel is spent.

Terrestrial Energy has raised the bulk of the money in this area at $39 million and hopes to bring a plant online in the 2020s. But CB Insights notes that there’s no previous examples of a startup building a nuclear plant from scratch, and another prominent molten salt reactor company, Transatomic Power, suspended operations in September 2018 when it decided it couldn’t do exactly that.

A number of other exotic updates on the fission reactor are also in the pipeline, from China’s helium-cooled reactor, due to come online this year, to TerraPower’s “travelling wave reactor,” which will be able to run on spent fuel and depleted uranium.

But the other main area of excitement is nuclear fusion, which promises limitless clean power with almost no radioactive waste. The technology is famous for always being 20 years away from commercialization, but startups working on making it a reality are starting to attract serious funding as well as credibility. The UK government’s recent announcement that it would spend $270 million on building its own fusion reactor has given the field an even bigger boost.

One of the leaders is Commonwealth Fusion Systems, and they told Bloomberg that advances in superconductors are finally making it possible to build powerful enough magnets to efficiently contain the raging plasmas required to generate fusion.

More broadly, advances in the underlying physics and enabling technologies are making the prospect of building these reactors considerably less daunting than before. Christofer Mowry, CEO of startup General Fusion, says many designs are talking about similar timescales as some of the advanced fission projects.

Whether these ambitious projects will make it over the hurdles they face—and whether that will happen soon enough to avert climate disaster—remains unclear. But for the first time in a long while, there’s optimism about nuclear power again.