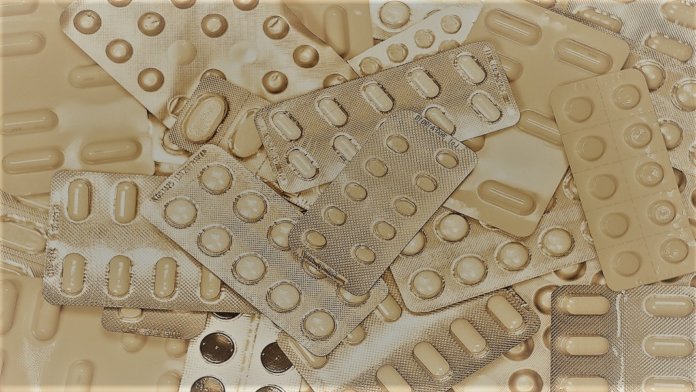 You’ve heard of chloroquine by now. Originally developed by German scientists in the 1930s, the anti-malaria drug is based on a natural compound present in the bark of certain South African trees. For nearly a century it’s been saving lives globally, but remained under the radar of countries where malaria isn’t a big problem.

Thanks to Covid-19, chloroquine is back in the media spotlight as a potential treatment to reduce severe coronavirus symptoms.

To be clear: we don’t know if it works. Chinese physicians threw the drug (along with a whole other bucketful) in a last-ditch attempt on severe Covid-19 sufferers who were dying. Some got better. Many didn’t. Without clinical trials—which are ongoing—positive effects could’ve been just wishful thinking.

Chloroquine isn’t an isolated story. Several potential existing drugs are being investigated for Covid-19, though at the moment “there are no definitively effective drugs,” Dr. Li Haichao told Singularity Hub. Li is a respiratory and critical care physician at Peking University First Hospital and a member of the national emergency medical rescue team to Wuhan.

What ties these promising drug candidates together, however, is that none of them are “new,” that is, none were specifically developed for coronavirus—or any virus. Yet they all have traits that make them potentially powerful drugs to combat the new virus that’s been wreaking havoc across the globe.

Repurposing available drugs is perhaps the fastest route to an SOS treatment in any outbreak. Rather than developing new drugs from scratch—a daunting effort that could last a decade—existing drugs, especially those already approved by regulatory agencies, could storm into action much faster and save lives.

For now, in the face of this brand-new virus, scientists are making educated guesses based on expertise and intuition to select a few potential drug candidates.

What if there’s another way?

This week, a preprint paper outlined how deep neural networks could help doctors search for antivirals against a new target. Especially intriguing is the fact that the algorithm doesn’t just look at experimental drugs—it also screens through a library of compounds, already approved for other ailments, that could also potentially work for coronavirus symptoms. Tapping an existing, approved drug is like asking a friend for help rather than an online stranger: you already understand the drug’s safety and metabolism profiles, and that increases trust.

But it’s not all ponies and rainbows. AI-based drug repurposing is perhaps even more dangerous than de novo drug discovery. Familiarity is a double-edged sword; it’s exactly because you trust an approved drug that you’re less inclined to question its safety. The margin of therapeutic and toxic doses of chloroquine, for example, is narrow, and poisoning can be life-threatening. AI could help—but fundamentally it’s up to clinical trials to validate.

Why Does Drug Repurposing Work?

The preprint is one recent attempt at a fascinating movement in using AI for drug discovery.

AI’s role in drug discovery has been touted in many ways: finding new targets, scouring for novel candidate molecules that improve “hit rate”—that is, how many go through rigorous clinical trials and make it to market. Most AI-based attempts focus on finding new compounds; yet with Covid-19 rapidly destroying global health and wealth economies, drug repurposing is emerging as a previously undervalued bet.

The idea of using a drug for one disease on another may seem strange. If it takes a decade to develop a drug against one disease, why would it work for something else?

The reason is biological similarity.

Nature is kinda lazy. Although the Covid-19 virus is new to humans, it’s not exactly an alien species unknown to evolution. As a coronavirus—or heck, a virus itself—we have a basic idea, based on previous similar viruses such as SARS and MERS, of how it infects cells and how it rapidly transmits. Studies are underway to decipher why it’s so freaking effective compared to its cousins, but that’s the crux: there are previous examples to look at.

On the human “recipient” side, we can also match up how our bodies respond at the molecular or even genetic level to such an infection compared to other viruses. After infection, a virus fundamentally changes how a cell’s protein factories work. Because viruses can’t replicate themselves, they require our cell’s manufacturing facilities to reproduce, which changes the cell’s gene expression profile. It’s like looking at a city’s satellite image before and after being hit by the virus—there are notable changes in traffic, air pollution, artificial lights, and so on, relatively easy to distinguish.

Here’s the main idea: if a drug changes gene expression profiles similarly between two different circumstances—say, two different infections, one of which is new—then it’s conceivable that the drug can work for the new infection. At least, that’s the logical, AI-based point of view.

From an ER physician’s perspective, all of the above is too complicated to consider in real life. Why use chloroquine in Covid-19 patients? Because, controversially, it has anti-viral properties on isolated cells in labs, even though to date, “no acute virus infection has been successfully treated by chloroquine in humans.” The use of chloroquine was a desperate attempt: Chinese doctors administered the drug as a last-ditch, gut-feeling effort, because it seemed to have (unconfirmed) beneficial effects against SARS more than a decade ago. Gene expression was the last thing on their minds.

Where Does AI Come In?

Unlike human doctors, AI does have the ability to dig deeper into drug effects at the molecular or genetic level. As a purely fictional example: from a deep neural net’s perspective, if a drug that works on HIV triggers the same genetic expression changes in patients with Covid-19, perhaps the drug could also work for the new coronavirus.

Using AI for drug repurposing isn’t new—hundreds of studies on the topic have come out in recent years. The tough part is setting up the experiment.

The preprint, for example, is based on a hypothesis using SARS, a virus similar to the one that causes Covid-19. A gene, dubbed COPB2, was previously found essential to help SARS replicate in the body. Because the Covid-19 virus and SARS have at least 86 percent similarity in their genome, a drug that works for SARS could in theory be promising for battling Covid-19. This is in line with most drugs currently tested against the new coronavirus—most were initially developed for other viruses.

Here’s where machine learning comes in. The team first looked at the genetic profile of cells without the COPB2 gene, which (if the gene is essential for Covid-19) means that they are at least partially resilient against SARS, and maybe against the new coronavirus. They then screened through mass chemical libraries to find compounds that trigger a similar genetic profile in cells as eliminating the COPB2 gene altogether.

The neural net yielded a list of experimental and approved compounds that matched the profile. One “sanity check” chemical, for example, was previously found to reduce SARS replication in infected cells.

If you have questions and doubts—good, you should. We’re still in the beginning stages of tackling Covid-19. This means that there’s very little data on the virus that can be used to train AI. The preprint used SARS as a proxy, which is logical, especially because we know so little yet about the new coronavirus. To their credit, the team also calls for academic and industry collaborations to experimentally validate their results.

However, is COPB2 necessary for Covid-19 to hijack your cells? No clue! We simply don’t have enough data to confirm either way. Would the drug candidates against SARS work for the Covid-19 virus? No one knows.

And that’s the lesson. Drug repurposing in a crisis is often a Hail Mary attempt. Doctors are desperate. But without taking a step back and running controlled trials, we will let hope take over data and truth to the detriment of scientists, physicians, and patients alike. AI, without doubt, has the potential to blast open a world of potential repurposed drug candidates, ranked by predicted efficacy. That’s really great: rather than a handful of promising drugs, we could have ones that we haven’t even thought of.

But it’s also dangerous to run away with AI-recommended hype, especially for drugs already on the market. Just because they’re safe for one tested disorder doesn’t mean they’ll act the same for another. Everyone is impatient to find refuge—but that’s exactly why scientific objectivity needs to kick in first.