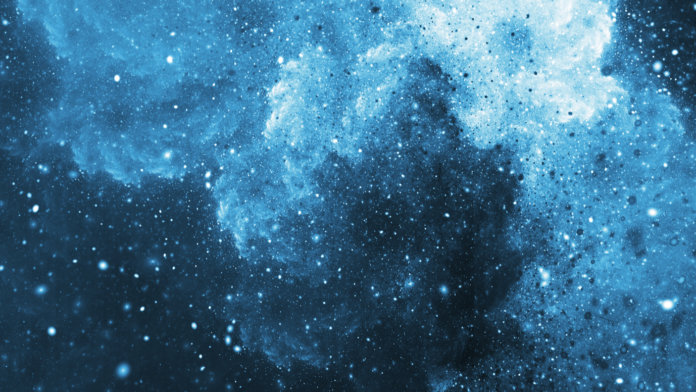 On a dark night, away from city lights, the stars of the Milky Way can seem uncountable. Yet from any given location no more than 4,500 are visible to the naked eye. Meanwhile, our galaxy has 100–400 billion stars, and there are even more galaxies in the universe.

The numbers of the night sky are humbling. And they give us a deep perspective…on drugs.

Yes, this includes wow-the-stars-are-freaking-amazing-tonight drugs, but also the kinds of drugs that make us well again when we’re sick. The number of possible organic compounds with “drug-like” properties dwarfs the number of stars in the universe by over 30 orders of magnitude.

Next to this multiverse of possibility, the chemical configurations scientists have made into actual medicines are like the smattering of stars you’d glimpse downtown.

But for good reason.

Exploring all that potential drug-space is as humanly impossible as exploring all of physical space, and even if we could, most of what we’d find wouldn’t fit our purposes. Still, the idea that wonder drugs must surely lurk amid the multitudes is too tantalizing to ignore.

Which is why, Alex Zhavoronkov said at Singularity University’s Exponential Medicine in San Diego last week, we should use artificial intelligence to do more of the legwork and speed discovery. This, he said, could be one of the next big medical applications for AI.

Zhavoronkov is CEO of Insilico Medicine and CSO of the Biogerontology Research Foundation. Insilico is one of a number of AI startups aiming to accelerate drug discovery with AI.

In recent years, Zhavoronkov said, the now-famous machine learning technique, deep learning, has made progress on a number of fronts. Algorithms that can teach themselves to play games—like DeepMind’s AlphaGo Zero or Carnegie Mellon’s poker playing AI—are perhaps the most headline-grabbing of the bunch. But pattern recognition was the thing that kicked deep learning into overdrive early on, when machine learning algorithms went from struggling to tell dogs and cats apart to outperforming their peers and then their makers in quick succession.

[Watch this video for an AI update from Neil Jacobstein, chair of Artificial Intelligence and Robotics at Singularity University.]

In medicine, deep learning algorithms trained on databases of medical images can spot life-threatening disease with equal or greater accuracy than human professionals. There’s even speculation that AI, if we learn to trust it, could be invaluable in diagnosing disease. And, as Zhavoronkov noted, with more applications and a longer track record that trust is coming.

“Tesla is already putting cars on the street,” Zhavoronkov said. “Three-year, four-year-old technology is already carrying passengers from point A to point B, at 100 miles an hour, and one mistake and you’re dead. But people are trusting their lives to this technology.”

Trial and Error and Try Again

AI wouldn’t drive the car in pharmaceutical research. It’d be an assistant that, when paired with a chemist or two, could fast-track discovery by screening more possibilities for better candidates.

There’s plenty of room to make things more efficient, according to Zhavoronkov.

Drug discovery is arduous and expensive. Chemists sift tens of thousands of candidate compounds for the most promising to synthesize. Of these, a handful will go on to further research, fewer will make it to human clinical trials, and a fraction of those will be approved.

The whole process can take many years and cost hundreds of millions of dollars.

This is a big data problem if ever there was one, and deep learning thrives on big data. Early applications have shown their worth unearthing subtle patterns in huge training databases. Although drug-makers already use software to sift compounds, such software requires explicit rules written by chemists. AI’s allure is its ability to learn and improve on its own.

“There are two strategies for AI-driven innovation in pharma to ensure you get better molecules and much faster approvals,” Zhavoronkov said. “One is looking for the needle in the haystack, and another one is creating a new needle.”

To find the needle in the haystack, algorithms are trained on large databases of molecules. Then they go looking for molecules with attractive properties. But creating a new needle? That’s a possibility enabled by the generative adversarial networks Zhavoronkov specializes in.

Such algorithms pit two neural networks against each other. One generates meaningful output while the other judges whether this output is true or false, Zhavoronkov said. Together, the networks generate new objects like text, images, or in this case, molecular structures.

“We started employing this particular technology to make deep neural networks imagine new molecules, to make it perfect right from the start. So, to come up with really perfect needles,” Zhavoronkov said. “[You] can essentially go to this [generative adversarial network] and ask it to create molecules that inhibit protein X at concentration Y, with the highest viability, specific characteristics, and minimal side effects.”

Zhavoronkov believes AI can find or fabricate more needles from the array of molecular possibilities, freeing human chemists to focus on synthesizing only the most promising. If it works, he hopes we can increase hits, minimize misses, and generally speed the process up.

Proof’s in the Pudding

Insilico isn’t alone on its drug-discovery quest, nor is it a brand new area of interest.

Last year, a Harvard group published a paper on an AI that similarly suggests drug candidates. The software trained on 250,000 drug-like molecules and used its experience to generate new molecules that blended existing drugs and made suggestions based on desired properties.

An MIT Technology Review article on the subject highlighted a few of the challenges such systems may still face. The results returned aren’t always meaningful or easy to synthesize in the lab, and the quality of these results, as always, is only as good as the data dined upon.

Stanford chemistry professor and Andreesen Horowitz partner, Vijay Pande, said that images, speech, and text—three of the areas deep learning’s made quick strides in—have better, cleaner data. Chemical data, on the other hand, is still being optimized for deep learning. Also, while there are public databases, much data still lives behind closed doors at private companies.

To overcome the challenges and prove their worth, Zhavoronkov said, his company is very focused on validating the tech. But this year, skepticism in the pharmaceutical industry seems to be easing into interest and investment.

AI drug discovery startup Exscientia inked a deal with Sanofi for $280 million and GlaxoSmithKline for $42 million. Insilico is also partnering with GlaxoSmithKline, and Numerate is working with Takeda Pharmaceutical. Even Google may jump in. According to an article in Nature outlining the field, the firm’s deep learning project, Google Brain, is growing its biosciences team, and industry watchers wouldn’t be surprised to see them target drug discovery.

With AI and the hardware running it advancing rapidly, the greatest potential may yet be ahead. Perhaps, one day, all 1060 molecules in drug-space will be at our disposal. “You should take all the data you have, build n new models, and search as much of that 1060 as possible” before every decision you make, Brandon Allgood, CTO at Numerate, told Nature.

Today’s projects need to live up to their promises, of course, but Zhavoronkov believes AI will have a big impact in the coming years, and now’s the time to integrate it. “If you are working for a pharma company, and you’re still thinking, ‘Okay, where is the proof?’ Once there is a proof, and once you can see it to believe it—it’s going to be too late,” he said.