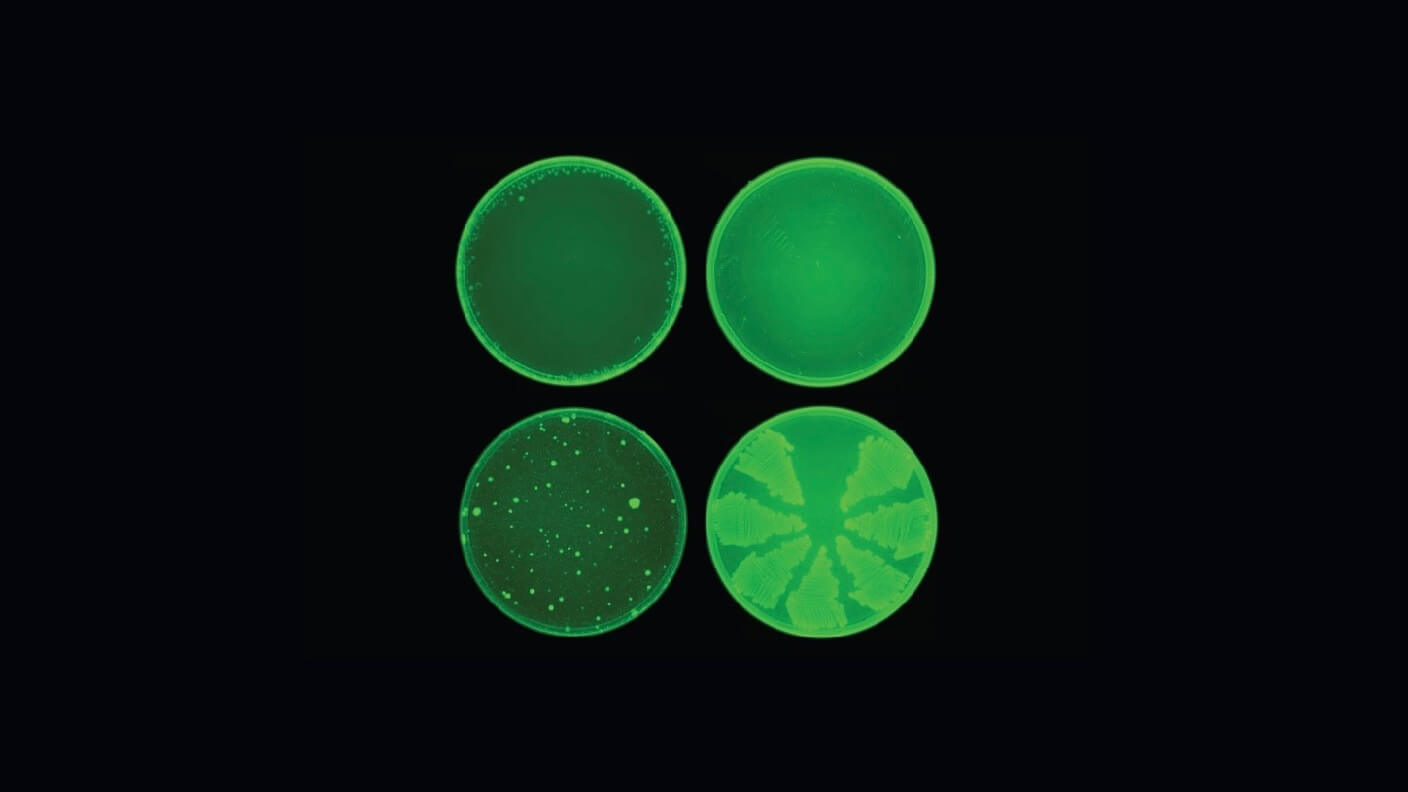 Penicillin, one of the greatest discoveries in the history of medicine, was a product of chance.

After returning from summer vacation in September 1928, bacteriologist Alexander Fleming found a colony of bacteria he’d left in his London lab had sprouted a fungus. Curiously, wherever the bacteria contacted the fungus, their cell walls broke down and they died. Fleming guessed the fungus was secreting something lethal to the bacteria—and the rest is history.

Fleming’s discovery of penicillin and its later isolation, synthesis, and scaling in the 1940s released a flood of antibiotic discoveries in the next few decades. Bacteria and fungi had been waging an ancient war against each other, and the weapons they’d evolved over eons turned out to be humanity’s best defense against bacterial infection and disease.

In recent decades, however, the flood of new antibiotics has slowed to a trickle.

Their development is uneconomical for drug companies, and the low-hanging fruit has long been picked. We’re now facing the emergence of strains of super bacteria resistant to one or more antibiotics and an aging arsenal to fight them with. Gone unchallenged, an estimated 700,000 deaths worldwide due to drug resistance could rise to as many as 10 million in 2050.

Increasingly, scientists warn the tide is turning, and we need a new strategy to keep pace with the remarkably quick and boundlessly creative tactics of bacterial evolution.

But where the golden age of antibiotics was sparked by serendipity, human intelligence, and natural molecular weapons, its sequel may lean on the uncanny eye of artificial intelligence to screen millions of compounds—and even design new ones—in search of the next penicillin.

In a paper published this week in the journal, Cell, MIT researchers took a step in this direction. The team says their machine learning algorithm discovered a powerful new antibiotic.

Named for the AI in 2001: A Space Odyssey, the antibiotic, halicin, successfully wiped out dozens of bacterial strains, including some of the most dangerous drug-resistant bacteria on the World Health Organization’s most wanted list. In a monthlong experiment, E. coli bacteria also failed to develop resistance to halicin, in stark contrast to existing antibiotic ciprofloxacin.

“In terms of antibiotic discovery, this is absolutely a first,” Regina Barzilay, a senior author on the study and computer science professor at MIT, told The Guardian.

The algorithm that discovered halicin was trained on the molecular features of 2,500 compounds. Nearly half were FDA-approved drugs, and another 800 naturally occurring. The researchers specifically tuned the algorithm to look for molecules with antibiotic properties but whose structures would differ from existing antibiotics (as halicin’s does). Using another machine learning program, they screened the results for those likely to be safe for humans.

Early study suggests halicin attacks the bacteria’s cell membranes, disrupting their ability to produce energy. Protecting the cell membrane from halicin might take more than one or two genetic mutations, which could account for its impressive ability to prevent resistance.

“I think this is one of the more powerful antibiotics that has been discovered to date,” James Collins, an MIT professor of bioengineering and senior author told The Guardian. “It has remarkable activity against a broad range of antibiotic-resistant pathogens.”

Beyond tests in petri-dish bacterial colonies, the team also tested halicin in mice. The antibiotic cleared up infections of a strain of bacteria resistant to all known antibiotics in a day. The team plans further study in partnership with a pharmaceutical company or nonprofit, and they hope to eventually prove it safe and effective for use in humans.

This last bit remains the trickiest step, given the cost of getting a new drug approved. But Collins hopes algorithms like theirs will help. “We could dramatically reduce the cost required to get through clinical trials,” he told the Financial Times.

A Universe of Drugs Awaits

The bigger story may be what happens next.

How many novel antibiotics await discovery, and how far can AI screening take us? The initial 6,000 compounds scanned by Barzilay and Collins’s team is a drop in the bucket.

They’ve already begun digging deeper by setting the algorithm loose on 100 million molecules from an online library of 1.5 billion compounds called the ZINC15 database. This first search took three days and turned up 23 more candidates that, like halicin, differ structurally from existing antibiotics and may be safe for humans. Two of these—which the team will study further—appear to be especially powerful.

Even more ambitiously, Barzilay hopes the approach can find or even design novel antibiotics that kill bad bacteria with alacrity while sparing the good guys. In this way, a round of antibiotics would cure whatever ails you without taking out your whole gut microbiome in the process.

All this is part of a larger movement to use machine learning algorithms in the long, expensive process of drug discovery. Other players in the area are also training AI on the vast possibility space of drug-like compounds. Last fall, one of the leaders in the area, Insilico, was challenged by a partner to see just how fast their method could do the job. The company turned out a new a proof-of-concept drug candidate in only 46 days.

The field is still developing, however, and it has yet to be seen exactly how valuable these approaches will be in practice. Barzilay is optimistic though.

“There is still a question of whether machine-learning tools are really doing something intelligent in healthcare, and how we can develop them to be workhorses in the pharmaceuticals industry,” she said. “This shows how far you can adapt this tool.”