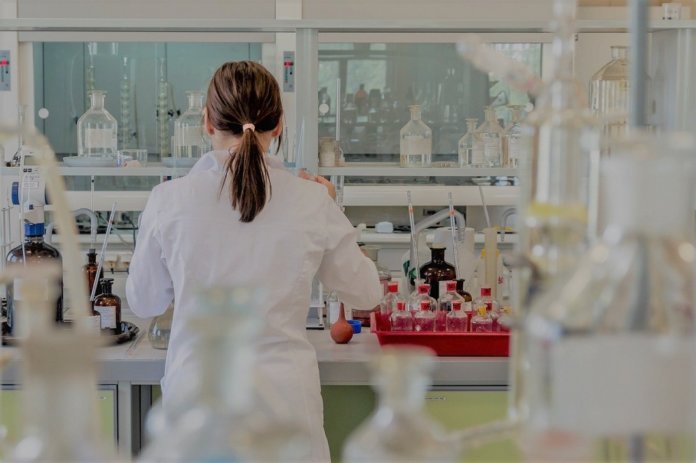 Two and a half months after the first confirmed novel coronavirus case in the US, the virus has invaded the country’s east and west coasts and is quickly making its way into the center of the country. As the case tally swells and hospitals brace themselves for surges, one factor has remained stubbornly, ludicrously constant: we don’t have enough tests.

In fact, far from simply not having enough tests, we have a massive and debilitating shortage of them. Widespread testing was a key piece of the strategy used by countries most successful in combating the virus, like Korea, Taiwan, and Singapore. If we knew who was sick and who wasn’t, or where the infection clusters were located, we’d be able to more selectively shut down the economy rather than using the blanket approach we’re currently employing. We’re essentially making decisions in an information vacuum when we should be making them based on thorough analytics.

But there’s hope this could soon change. Academia and private industry have moved to fill the testing void, with two particularly encouraging developments announced this week. Here are the details.

To be able to test patient samples, labs and scientists need to meet federal requirements under the Clinical Laboratory Improvement Amendments (CLIA) program. Thanks to an acceleration of the certification process by the FDA, the lab should be fully certified by next week, and can start testing patient samples at that time.

The team will use a polymerase chain reaction test (more on that later) run on machines that can analyze over 300 samples at a time. They plan to process 1,000 tests per day to start, eventually going up to 3,000 per day. Estimated time from receiving patient samples to having a definitive diagnostic is a mere four hours, aided by robotic sample handling and automated test-running.

Given that California currently has the country’s biggest testing backlog, Doudna and her team have their work cut out for them. Similar labs have popped up at Harvard/MIT, the Mayo Clinic, University of Iowa, University of Washington, Ohio State University, and other locations around the country.

Illinois-based Abbott Labs’ ID NOW platform—a toaster-sized machine that quickly analyzes patient samples to detect illnesses—is already used in urgent care clinics and emergency rooms across the country. Normally used to detect conditions like strep throat or the flu, the system was cleared to test for Covid-19 by the FDA last week. A week prior, the company also launched Covid-19 testing on a platform that’s used in hospitals and labs.

Abbott has a test delivery target of 50,000 per day, and with positive results showing up within 5 minutes and negative results within 13 minutes, it’s the fastest test we’ve seen; compared to the 7-day turnaround time of the initial test produced by the CDC, this seems quasi-miraculous. Between its two platforms, Abbott plans to produce a total of five million tests in April.

Is that enough for what we need to effectively fight this virus and get society up and running again as soon as possible? Not even close. According to the Washington Post, as of March 28 the US was testing at a rate of 2,249.9 tests per million people; South Korea was at more than triple that rate with 7,576.7 tests per million people.

But Berkeley’s, Abbott’s, and all the other tests springing up from research centers and private companies are something—which is better than the gaping void of nothing we’ve had up until now.

So how do these tests work? What happens during the minutes or hours it takes for a sample to be analyzed and a diagnosis produced?

In brief, the tests are looking for viral genetic material, and if it’s present, they use chemicals to multiply it and make it detectable in a fail-safe way. Picture the coronavirus as a pincushion full of needles. Chemicals called reagents are added to a patient sample, and these reagents get past the needles and cause the pincushion to crack open, releasing the virus’s RNA.

Adding an enzyme to the RNA causes it to convert to DNA, which is then replicated using additional reagents, enzymes, and temperature changes in a process called polymerase chain reaction (PCR). Two DNA strands become four, which then become eight, and the cycle continues until there are around 100 billion copies of the viral DNA. Each time a strand is copied, a fluorescent probe appears; a sample glowing with fluorescence, then, is unmistakably full of viral DNA—and that means a positive test result (and immediate isolation of the person who was just tested!).

Despite this commendable work by scientists and a necessary loosening of government regulations, it’s unfortunately likely that testing shortages will continue. We’ve never before been in a situation where so many people needed to be tested so quickly, and thus demand for items like reagents and swabs is far outpacing the supply chain’s ability to deliver.

In addition, the tests discussed here can only detect Covid-19 in people who have the virus at the time of testing; in other words, a different test (called an antibody test) is needed to identify people who had mild or asymptomatic cases of the virus—these people could be immune without even knowing it.

There’s no easy answer to this virus, a fact we’ve become painfully aware of over the past few weeks. But if all we can do is take baby steps towards a solution, it should comfort us to know that the best scientific minds among us are doing just that.