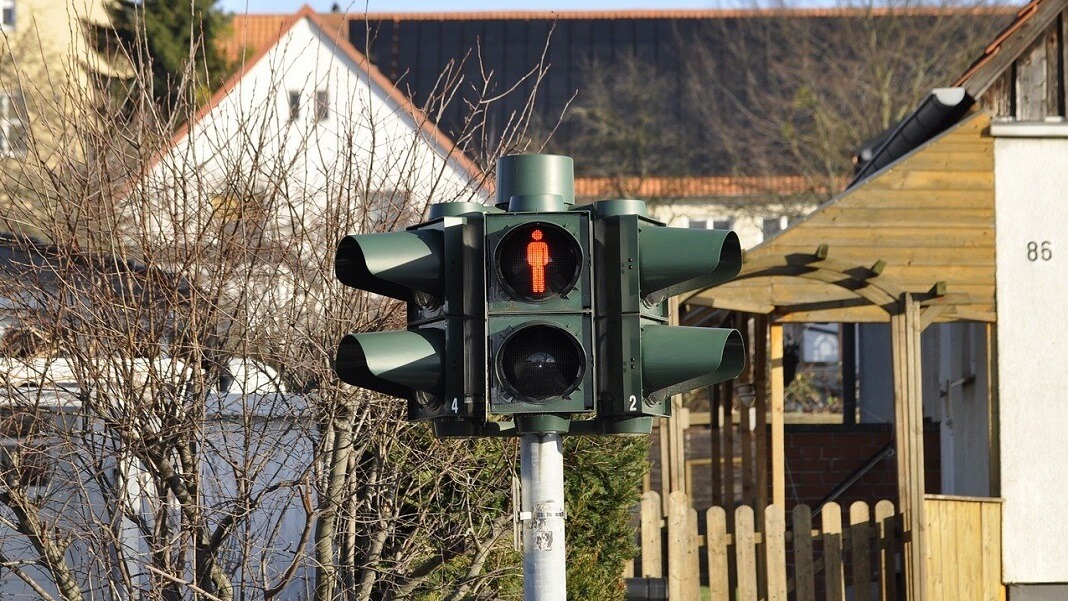 Automated vehicles don’t have human operators to communicate their driving intentions to pedestrians at intersections. My team’s research on pedestrians’ perceptions of safety shows their trust of traffic lights tends to override their fear of self-driving cars. This suggests one way to help pedestrians trust and safely interact with autonomous vehicles may be to link the cars’ driving behavior to traffic lights.

In a recent study by my team at the University of Michigan, we focused on communication via a vehicle’s driving behavior to study how people might react to self-driving cars in different situations. We set up a virtual-reality simulator that let people experience street intersections and make choices about whether to cross the street. In different simulations, self-driving cars acted either more or less like an aggressive driver. In some cases there was a traffic light controlling the intersection.

However, this was true only when there was no traffic light. When there was a light, pedestrians focused on the traffic light and usually crossed the street regardless whether the car was driving aggressively. This indicates that pedestrians’ trust of traffic lights outweighs any concerns about how self-driving cars behave.

Introducing autonomous vehicles might be one way to make roads more safe. Drivers and pedestrians often use nonverbal communication to negotiate safe passage at crosswalks, though, and cars without drivers can’t communicate in the same way. This could in turn make pedestrians and other road users less safe, especially since autonomous vehicles aren’t yet designed to communicate with systems that make streets safer, such as traffic lights.

Other Research Being Done in the Field

Some researchers have tried to find ways for self-driving cars to communicate with pedestrians. They have tried to use parts that cars already have, such as headlights, or add new ones, such as LED signs on the vehicle.

However, unless every car does it the same way, this strategy won’t work. For example, unless automakers agreed on how headlights should communicate certain messages or the government set rules, it would be impossible to make sure pedestrians understood the message. The same holds for new technology like LED message boards on cars. There would need to be a standard set of messages all pedestrians could understand without learning multiple systems.

Even if the vehicles communicated in the same way, several cars approaching an intersection and making independent decisions about stopping could cause confusion. Imagine three to five autonomous vehicles approaching a crosswalk, each displaying its own message. The pedestrian would need to read each of these messages, on moving cars, before deciding whether to cross.

Our results suggest a better approach would be to have the car communicate directly with the traffic signal, for two reasons.

Second, a car can tell what a traffic light is doing much sooner by checking in over a wireless network than by waiting until its camera can see the light.

This technology is still being developed, and scholars at Michigan’s Mcity mobility research center and elsewhere are studying problems like how to send and prioritize messages between cars and signals. It might effectively put self-driving cars under traffic lights’ control, with ways to adapt to current conditions. For example, a traffic light might tell approaching cars that it was about to turn red, giving them more time to stop. On a slippery road, a car might ask the light to stay green a few seconds longer so an abrupt stop isn’t necessary.

To make this real, engineers and policymakers would need to work together on developing technologies and setting rules. Each would have to better understand what the other does. At the same time, they would need to understand that not every solution works in every region or society. For example, the best way for traffic lights and self-driving cars to communicate in Detroit might not work in Mumbai, where roads and driving practices are far different.