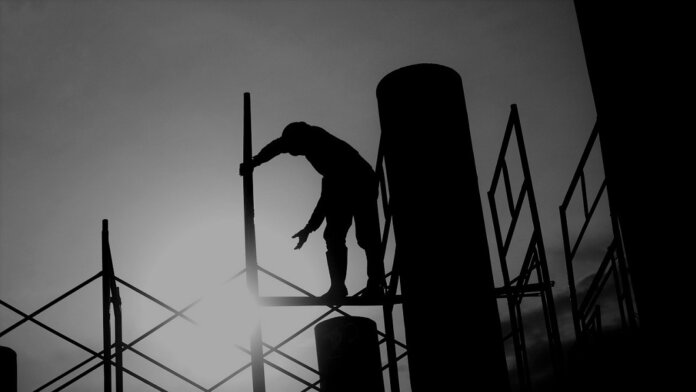 Throughout the coronavirus pandemic, we’ve been eagerly awaiting a return to normal. We want to be able to go out again, see our friends, and be in public places without feeling like we’re risking our health or that of others.

Now that Covid-19 case counts have gone down and restrictions are starting to lift, it seems we’re at last on the path back to some semblance of normalcy. But as recent events have shown, the status quo before the pandemic wasn’t all that great for large swathes of the population, both in the US and around the world.

Do we really want to get “back to normal,” or should we be focusing on building a more just and inclusive future?

Last week at Singularity University’s digital summit on the future of work, SU chair of Future Studies Paul Saffo and chair for the Future of Work Gary Bolles discussed a piece of the old normal they think needs to change: the structure of the economy.

Over the last few decades, we’ve increasingly distanced ourselves from the values our ancestors built into post-World War II society, and it appears that in many ways, we’re worse off for it. Rather than sticking to the winner-take-all capitalism that’s gotten us where we are, Bolles and Saffo believe, the future will be far more promising—for everyone—if we re-orient towards a moral economy.

What Is a Moral Economy?

A simple definition of a moral economy is an economy that’s based on justice and fairness.

The term, Saffo said, is almost two centuries old. James C. Scott was one of the preeminent thinkers in this area, and he framed the concept of a moral economy like this: imagine you’re a farmer in a small agrarian village. You’ve had a bad year, but your neighbor is also a farmer and he’s had a good year. So you go to your neighbor and he freely shares some of his surplus with you, not because he’s just being nice, but rather because next year he may be the one who needs help, and you can be the one to help him then.

Essentially, a moral economy respects interdependence and relationships rather than leaving everyone to fend for his or herself with no regard for how others are faring. The other standout expert on this topic is E.P. Thompson, and he wrote about the moral economy in England before and after the Industrial Revolution. Moral contracts existed between landlord and peasants before the Industrial Revolution; but the rise of free-market thinking did away with putting these moral concepts first, and the long-standing contracts between people and groups were broken.

“The important thing about the concept of a moral economy today is that whenever there’s a big idea in the zeitgeist, we usually ask ourselves the wrong question,” Saffo said. “Back in 2009 everyone was asking ‘will robots steal our jobs?’, but then people realized that that was the wrong question, and we should be thinking about the future of work.” Now that we’ve shifted to focusing on that topic, the way to tie in the myriad issues around it—including the environment, equity, diversity, and technology—is to discuss the future of work within the context of a moral economy.

When looking at big disruptions to the economy, we tend to focus on the technologies that brought about massive change; the steam engine, nitrogen-based fertilizer, the incandescent light bulb, etc.—but it’s equally significant to examine the laws and norms that went into place during these historical shifts.

In England before the Industrial Revolution, Bolles said, there were a lot of small farms, and in between the farms there was a common space where the farmers are allowed to graze their animals. When the Industrial Revolution and mass production techniques came along, the farms started to get bigger, and laws called the Enclosure Acts were created to hand the common areas over to large landholders; they unsurprisingly ended up having the most land and the most money.

“A lot of the interconnections of those economies were lost, and they rewarded ‘more bigger faster stronger,’ and that echoes down to today,” Bolles said. Giant tech companies have created platforms, and we’ve rewarded them by putting more and more content and information and data on their platforms. The big get bigger, which ultimately leads to the small being forced out.

“Today, we should ask ourselves what the new Enclosure Acts are,” said Saffo. “There are always forces trying to do enclosures, and moral economies don’t appear by accident. People fight for them.”

After the Great Depression, American workers unionized and organized to demand a moral economy. World War II prompted the creation of one that lasted for several decades, until, Saffo said, the early 1980s, when laws were passed that began systematically dismantling it. The Gini coefficient measures how far a country’s income distribution deviates from being perfectly equal, and in the US this number has steadily risen since the 1980s. In 2015, the top 1 percent of earners in the US averaged 40 times more income than the bottom 90 percent.

“In the 1980s everybody took the order that had been created in the previous decades so much for granted that they didn’t fight to preserve it,” Saffo said. “In my opinion, we’re at the breaking point today.”

How Do We Fix It?

The world has changed dramatically since the 1980s (not to mention since January). Technological advancement has brought abundant food, resources, and income to many more people than ever before, but it’s also made us value independence (that is, a movement towards an individualistic society that de-emphasizes depending on and helping others) at the expense of interdependence, and now we’re seeing the fallout.

“We’re in the middle of this independence bubble, and independence has become a very dangerous myth,” Saffo said. Granted, in a small agrarian community it’s easier to make a moral economy work, because people see the consequences of their actions and get feedback from other parties. The massive global economy we’re living in, on the other hand, is a society of strangers, with little to no feedback and consequences that are invisible—until they’re not.

How, then, can we use technology to foster social solidarity and interdependence? How do we encourage the balancing of economies to benefit the most people possible? How would the world look different if it was built on these precepts?

Digital technology has done its share of harm to democracy and to social cohesion—how do we turn it around and harness it for good? “It’s not going to come down from the top,” Saffo said. “It’s going to have to come up from the bottom, with individual communities leading by example.”

Our current economic structure and reward system doesn’t take into account the most important factors for our collective well-being, like justice, equality, the environment, and our physical and mental health. We need to trade in our defunct system for one that pulls these things into the equation in a meaningful way.

As sci-fi writer William Gibson famously said, “The future is already here; it’s just not evenly distributed.” Building a moral economy may be the first step towards righting that imbalance.