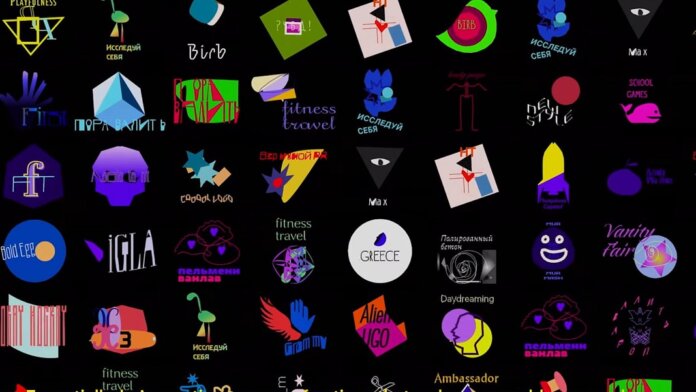 Imagine discovering a new artist or designer—whether visual art, fashion, music, or even writing—and becoming a big fan of her work. You follow her on social media, eagerly anticipate new releases, and chat about her talent with your friends. It’s not long before you want to know more about this creative, inspiring person, so you start doing some research. It’s strange, but there doesn’t seem to be any information about the artist’s past online; you can’t find out where she went to school or who her mentors were.

After some more digging, you find out something totally unexpected: your beloved artist is actually not a person at all—she’s an AI.

Would you be amused? Annoyed? Baffled? Impressed? Probably some combination of all these. If you wanted to ask someone who’s had this experience, you could talk to clients of the biggest multidisciplinary design company in Russia, Art.Lebedev Studio (I know, the period confused me at first too). The studio passed off an AI designer as human for more than a year, and no one caught on.

They gave the AI a human-sounding name—Nikolay Ironov—and it participated in more than 20 different projects that included designing brand logos and building brand identities. According to the studio’s website, several of the logos the AI made attracted “considerable public interest, media attention, and discussion in online communities” due to their unique style.

So how did an AI learn to create such buzz-worthy designs? It was trained using hand-drawn vector images each associated with one or more themes. To start a new design, someone enters a few words describing the client, such as what kind of goods or services they offer. The AI uses those words to find associated images and generate various starter designs, which then go through another series of algorithms that “touch them up.” A human designer then selects the best options to present to the client.

“These systems combined together provide users with the experience of instantly converting a client’s text brief into a corporate identity design pack archive. Within seconds,” said Sergey Kulinkovich, the studio’s art director. He added that clients liked Nikolay Ironov’s work before finding out he was an AI (and liked the media attention their brands got after Ironov’s identity was revealed even more).

Ironov joins a growing group of AI “artists” that are starting to raise questions about the nature of art and creativity. Where do creative ideas come from? What makes a work of art truly great? And when more than one person is involved in making art, who should own the copyright?

Art.Lebedev is far from the first design studio to employ artificial intelligence; Mailchimp is using AI to let businesses design multi-channel marketing campaigns without human designers, and Adobe is marketing its new Sensei product as an AI design assistant.

While art made by algorithms can be unique and impressive, though, there’s one caveat that’s important to keep in mind when we worry about human creativity being rendered obsolete. Here’s the thing: AIs still depend on people to not only program them, but feed them a set of training data on which their intelligence and output are based. Depending on the size and nature of an AI’s input data, its output will look pretty different from that of a similar system, and a big part of the difference will be due to the people that created and trained the AIs.

Admittedly, Nikolay Ironov does outshine his human counterparts in a handful of ways; as the studio’s website points out, he can handle real commercial tasks effectively, he doesn’t sleep, get sick, or have “crippling creative blocks,” and he can complete tasks in a matter of seconds.

Given these superhuman capabilities, then, why even keep human designers on staff? As detailed above, it will be a while before creative firms really need to consider this question on a large scale; for now, it still takes a hard-working creative human to make a fast-producing creative AI.