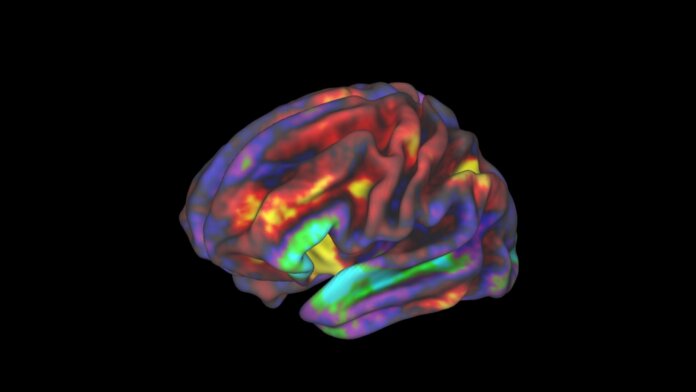 Human brain maps are a dime a dozen these days. Maps that detail neurons in a certain region. Maps that draw out functional connections between those cells. Maps that dive deeper into gene expression. Or even meta-maps that combine all of the above.

But have you ever wondered: how well do those maps represent my brain? After all, no two brains are alike. And if we’re ever going to reverse-engineer the brain as a computer simulation—as Europe’s Human Brain Project is trying to do—shouldn’t we ask whose brain they’re hoping to simulate?

Enter a new kind of map: the Julich-Brain, a probabilistic map of human brains that accounts for individual differences using a computational framework. Rather than generating a static PDF of a brain map, the Julich-Brain atlas is also dynamic, in that it continuously changes to incorporate more recent brain mapping results. So far, the map has data from over 24,000 thinly sliced sections from 23 postmortem brains covering most years of adulthood at the cellular level. But the atlas can also continuously adapt to progress in mapping technologies to aid brain modeling and simulation, and link to other atlases and alternatives.

In other words, rather than “just another” human brain map, the Julich-Brain atlas is its own neuromapping API—one that could unite previous brain-mapping efforts with more modern methods.

“It is exciting to see how far the combination of brain research and digital technologies has progressed,” said Dr. Katrin Amunts of the Institute of Neuroscience and Medicine at Research Centre Jülich in Germany, who spearheaded the study.

The Julich-Brain atlas embraces traditional brain-mapping while also yanking the field into the 21st century.

First, the new atlas includes the brain’s cytoarchitecture, or how brain cells are organized. As brain maps go, these kinds of maps are the oldest and most fundamental. Rather than exploring how neurons talk to each other functionally—which is all the rage these days with connectome maps—cytoarchitecture maps draw out the physical arrangement of neurons.

Like a census, these maps literally capture how neurons are distributed in the brain, what they look like, and how they layer within and between different brain regions.

Because neurons aren’t packed together the same way between different brain regions, this provides a way to parse the brain into areas that can be further studied. When we say the brain’s “memory center,” the hippocampus, or the emotion center, the “amygdala,” these distinctions are based on cytoarchitectural maps.

Some may call this type of mapping “boring.” But cytoarchitecture maps form the very basis of any sort of neuroscience understanding. Like hand-drawn maps from early explorers sailing to the western hemisphere, these maps provide the brain’s geographical patterns from which we try to decipher functional connections. If brain regions are cities, then cytoarchitecture maps attempt to show trading or other “functional” activities that occur in the interlinking highways.

You might’ve heard of the most common cytoarchitecture map used today: the Brodmann map from 1909 (yup, that old), which divided the brain into classical regions based on the cells’ morphology and location. The map, while impactful, wasn’t able to account for brain differences between people. More recent brain-mapping technologies have allowed us to dig deeper into neuronal differences and divide the brain into more regions—180 areas in the cortex alone, compared with 43 in the original Brodmann map.

The new study took inspiration from that age-old map and transformed it into a digital ecosystem.

Work began on the Julich-Brain atlas in the mid-1990s, with a little help from the crowd.

The preparation of human tissue and its microstructural mapping, analysis, and data processing is incredibly labor-intensive, the authors lamented, making it impossible to do for the whole brain at high resolution in just one lab. To build their “Google Earth” for the brain, the team hooked up with EBRAINS, a shared computing platform set up by the Human Brain Project to promote collaboration between neuroscience labs in the EU.

First, the team acquired MRI scans of 23 postmortem brains, sliced the brains into wafer-thin sections, and scanned and digitized them. They corrected distortions from the chopping using data from the MRI scans and then lined up neurons in consecutive sections—picture putting together a 3D puzzle—to reconstruct the whole brain. Overall, the team had to analyze 24,000 brain sections, which prompted them to build a computational management system for individual brain sections—a win, because they could now track individual donor brains too.

Their method was quite clever. They first mapped their results to a brain template from a single person, called the MNI-Colin27 template. Because the reference brain was extremely detailed, this allowed the team to better figure out the location of brain cells and regions in a particular anatomical space.

However, MNI-Colin27’s brain isn’t your or my brain—or any of the brains the team analyzed. To dilute any of Colin’s potential brain quirks, the team also mapped their dataset onto an “average brain,” dubbed the ICBM2009c (catchy, I know).

This step allowed the team to “standardize” their results with everything else from the Human Connectome Project and the UK Biobank, kind of like adding their Google Maps layer to the existing map. To highlight individual brain differences, the team overlaid their dataset on existing ones, and looked for differences in the cytoarchitecture.

Based on structure alone, the brains were both remarkably different and shockingly similar at the same time. For example, the cortexes—the outermost layer of the brain—were physically different across donor brains of different age and sex. The region especially divergent between people was Broca’s region, which is traditionally linked to speech production. In contrast, parts of the visual cortex were almost identical between the brains.

Rather than relying on the brain’s visible “landmarks,” which can still differ between people, the probabilistic map is far more precise, the authors said.

What’s more, the map could also pool yet unmapped regions in the cortex—about 30 percent or so—into “gap maps,” providing neuroscientists with a better idea of what still needs to be understood.

“New maps are continuously replacing gap maps with progress in mapping while the process is captured and documented … Consequently, the atlas is not static but rather represents a ‘living map,’” the authors said.

Thanks to its structurally-sound architecture down to individual cells, the atlas can contribute to brain modeling and simulation down the line—especially for personalized brain models for neurological disorders such as seizures. Researchers can also use the framework for other species, and they can even incorporate new data-crunching processors into the workflow, such as mapping brain regions using artificial intelligence.