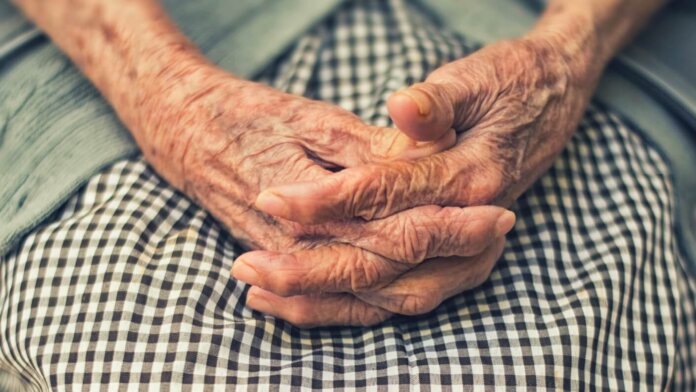 The first time I heard nematode worms can teach us something about human longevity, I balked at the idea. How the hell can a worm with an average lifespan of only 15 days have much in common with a human who lives decades?

The answer is in their genes—especially those that encode for basic life functions, such as metabolism. Thanks to the lowly C. elegans worm, we’ve uncovered genes and molecular pathways, such as insulin-like growth factor 1 (IGF-1) signaling that extends healthy longevity in yeast, flies, and mice (and maybe us). Too nerdy? Those pathways also inspired massive scientific and popular interest in metformin, hormones, intermittent fasting, and even the ketogenic diet. To restate: worms have inspired the search for our own fountain of youth.

Still, that’s just one success story. How relevant, exactly, are those genes for humans? We’re rather a freak of nature. Our aging process extends for years, during which we experience a slew of age-related disorders. Diabetes. Heart disease. Dementia. Surprisingly, many of these don’t ever occur in worms and other animals. Something is obviously amiss.

In this month’s Nature Metabolism, a global team of scientists argued that it’s high time we turn from worm to human. The key to human longevity, they say, lies in the genes of centenarians. These individuals not only live over 100 years, they also rarely suffer from common age-related diseases. That is, they’re healthy up to their last minute. If evolution was a scientist, then centenarians, and the rest of us, are two experimental groups in action.

Nature has already given us a genetic blueprint for healthy longevity. We just need to decode it.

“Long-lived individuals, through their very existence, have established the physiological feasibility of living beyond the ninth decade in relatively good health and ending life without a period of protracted illness,” the authors wrote. From this rare but valuable population, we can gain “insight into the physiology of healthy aging and the development of new therapies to extend the human healthspan.”

While it may seem obvious now, whether genes played a role in longevity was disputed for over a century. After all, rather than genes, wouldn’t access to health care, socioeconomic status, diet, smoking, drinking, exercise, or many other environmental and lifestyle factors play a much larger role? Similar to height or intelligence (however the latter is assessed), the genetics of longevity is an enormously complicated and sensitive issue for unbiased studying.

Yet after only a few genetic studies of longevity, a trend quickly emerged.

“The natural lifespan in humans, even under optimal conditions in modern societies, varies considerably,” the authors said. One study, for example, found that centenarians lived much longer than people born around the same time in the same environment. The offspring of centenarians also have lower chances of age-related diseases and exhibit a more “youthful” profile of metabolism and age-related inflammation than others of the same age and gender.

Together, about 25 to 35 percent of the variability in how long people live is determined by their genes—regardless of environment. In other words, rather than looking at nematode worm genes, we have a discrete population of humans who’ve already won the genetic lottery when it comes to aging. We just need to parse what “winning” means in terms of biology. Genes in hand, we could perhaps tap those biological phonelines and cut the wires leading to aging.

“Identification of the genetic factors that underlie extreme human lifespan should provide insights into the mechanisms of human longevity and disease resistance,” the authors said.

Once scientists discovered that genes play a large role in aging, the next question was “which ones are they?”

They turned to genome-wide association studies, or GWAS. This big data approach scans existing genomic databases for variations in DNA coding that could lead to differences in some outcome—for example, long versus short life. The differences don’t even have to be in so-called “coding” genes (that is, genes that make proteins). They can be anywhere in the genome.

It’s a powerful approach, but not that specific. Think of GWAS as rudimentary “debugging” software for biological code: it only looks for differences between different DNA letter variants, but doesn’t care which specific DNA letter swap most likely impacts the final biological program (aging, in this case).

That’s a huge problem. For one, GWAS often finds dozens of single DNA letter changes, none powerful enough to change the trajectory of aging by itself. The technique highlights a village of DNA variants, that together may have an effect on aging by controlling the cell’s course over a lifetime, without indicating which are most important. It’s also hard to say that a DNA letter change causally leads to (or protects against) aging. Finally, GWAS studies are generally performed on populations of European ancestry, which leaves out a huge chunk of humans—for example, the Japanese, who tend to produce an outsized percentage of centenarians.

So what needs to change?

Rather than focusing on the general population, the key is to home in on centenarians of different cultures, socioeconomic status, and upbringing. If GWAS are like fishing for a rare species in several large oceans, then the authors’ point is to focus on ponds—distributed across the world—which are small, but packed with those rare species.

“Extremely long-lived individuals, such as centenarians, compose only a tiny proportion (~0.01 percent to 0.02 percent) of the United States population, but their genes contain a biological blueprint for healthy aging and longevity,” the authors said. They’re spared from usual age-related diseases, and “this extreme and extremely rare phenotype is ideal for the study of genetic variants that regulate healthspan and lifespan.”

It’s an idea that would usually make geneticists flinch. It’s generally thought that the larger the study population, the better the result. Here, the recommendation is to narrow our focus.

And that’s the point, the authors argue.

Whatever comes out of these studies will likely have a much larger impact on aging than a GWAS fishing experiment. Smaller (genomic) pond; larger (pro-youth) fish. What’s more, a pro-youth gene identified in one European-based long-living population can be verified in another group of centenarians—say, Japanese—ensuring that the gene candidates reflect something fundamental about human aging, regardless of race, culture, upbringing, and wealth.

The Road to Healthy Aging

A genomic screen of centenarians can easily be done these days on the cheap. But that’s only the first step.

The next step is to validate promising anti-aging genetic differences, similar to how scientists validated such differences in nematode worms during classic longevity studies. For example, a promising pro-youth gene variant can be genetically edited into mice using CRISPR or some other tool. Scientists can then examine how the mice grow up and grow old, compared to their non-edited peers. Does the gene make these mice more resilient to dementia? What about muscle wasting? Or heart troubles? Or hair greying and obesity?

From these observations, scientists can then use an enormous selection of molecular tools to further dissect the molecular pathways underlying these pro-youth genetic changes.

The final step? Guided by centenarian genes and validated by animal models of aging, we can design powerful drugs that sever the connection between the genes and proteins that drive aging and its associated diseases. Metformin is an experimental pill that came out of aging studies in nematode worms—imagine what studies in human centenarians will yield.

“Despite enormous improvements in human health over the past century, we remain far from a situation in which living to 100 years of age in fairly good health is the norm,” the authors said.

But as centenarians obviously prove, this is possible. By digging into their genes, scientists may find a path towards healthy longevity—not just for the genetically fortunate, but for all of us.