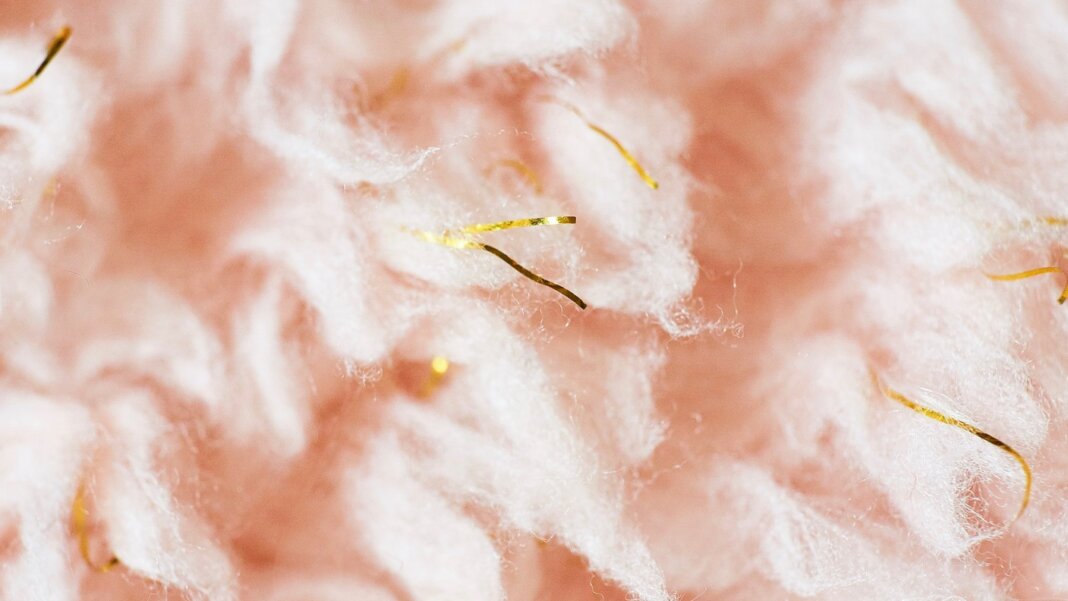 Imagine this: You’re on a drive through cotton country. The sun’s out, top’s down. It’s a beautiful, totally normal day. Only, what was once a sea of white puff balls has transformed into a multi-hued swirl. Lines of deep purple, bright yellow, midnight blue. All the colors in the rainbow—and your t-shirt drawer, as it so happens.

Today, you’d do well to check your water. But in the future, colorful cotton could be the norm—Australian scientists are having early success genetically modifying the crop to make it multicolored. And although color is their latest project, they’re also working to make synthetic-like, stretchy cotton.

The team hopes their new cotton plants might eventually be grown widely and made into clothes, helping to displace the toxic dyes and synthetic materials used by the fashion industry.

And that’s a worthy cause.

The numbers are hard to pin down exactly, but there’s little doubt that how we make clothes could be more environmentally friendly. In textile manufacturing, which often takes place in developing countries, those harmful dyes can cause health problems for workers and do more damage as toxic runoff. Also, the life cycle of clothing isn’t as long as it once was. While some items will get a second life by way of a thrift store, it all eventually makes its way to a landfill, where the synthetic materials in many clothes can take centuries to break down.

The holy grail then? Non-toxic, compostable clothing. And while it’s still early, the tools of synthetic biology and genetic engineering may well prove a big part of the solution.

To be totally clear, cotton doesn’t only grow in one color. (This was news to me, so maybe it is to you too.) Some varieties, dating back millennia, are naturally dark chocolate, light brown, and even mauve. These were traditionally used in handwoven textiles, but with the Industrial Revolution, naturally pigmented cotton gave way to white cotton because it had longer, higher quality fibers, you could dye it any color on the cheap, and it didn’t require specialized equipment or methods to harvest.

In the 80s and 90s, as people became more environmentally conscious, there was a revival of naturally pigmented cotton. You could make clothes from it without dye and suppliers were often small, organic farmers. There was even work to make it amenable to industrial looms. Sally Fox, for example, developed varieties with longer fibers in an array of colors.

Still, naturally colored cotton is generally more expensive to produce, the color range is limited, and the fiber quality is lower than white cotton.

As far back as 1993, people were talking about adding color genes to cotton. Two biotech companies, Agracetus and Calgene, had plans to splice in genes from the indigo plant to make cotton for blue jeans. “Of course it will work,” Ken Barton, vice-president of research and development at Agracetus, said at the time. “Give a scientist enough time and money and he can do anything.” Of course, we’re still dying jeans 27 years later—but maybe the time has come.

As with all things in the realm of biology, the devil’s in the details, but our tools for manipulating nature have advanced in the last few decades too.

From Cotton Tissue to Cotton Plant

An array of tiny, brilliantly colored buds of cotton tissue are sitting in a few dozen petri dishes in a Canberra greenhouse (check out images here). In one dish, the cotton is raspberry red; in the other it’s yellow like a mango. The tissue, which carries genes for color spliced in by scientists at Australia’s scientific research agency, CSIRO, is only the first step, but it’s a promising one. In the next few months, the team, led by senior research scientist, Colleen MacMillan, will coax the tissue into full-grown cotton plants.

“We’ve seen some really beautiful bright yellows, sort of golden-orangey colors, through to some really deep purple,” Filomena Pettolino, a scientist on MacMillan’s team, told Australia’s ABC News. The team is also working on black cotton, which would be a significant achievement—black dyes are notoriously the nastiest, most toxic of the lot. And the less dye the better.

Though they’re favored for speed and quality, synthetic dyes can include formaldehyde and heavy metals which stain the skin and cause cancer. That early-90s dream to make jeans with blue cotton? It’s just as relevant today. In the Chinese province of Xintang, where 300 million pairs of jeans are dyed each year, the toxic runoff flows into rivers by the gallon.

In parallel to their work in multicolored cotton, the team has a longer-term project to make synthetic-like cotton. Synthetics like polyester and nylon make their way into the environment from washing machines—which pull off and flush microfibers from the fabric—and of course, they also line landfills. The team is screening thousands of plants, hunting for proteins with just the right properties: stretchy, wrinkle-free, and maybe even waterproof.

“We’re looking into the structure of cotton cell walls and harnessing the latest tools in synthetic biology to develop the next generation cotton fiber,” CSIRO scientist Dr Madeline Mitchell said. “We’ve got a whole bunch of different cotton plants growing; some with really long thin fibers, others like the one we call ‘Shaun the Sheep’, with short, woolly fibers.”

It remains to be seen whether this next-gen cotton can keep up with fashion’s insatiable demand for new hues—though black is never out of style—if it can yield as much as a standard cotton plant, and what it will cost farmers.

First, though, this team (or another) will need to prove they can grow the stuff and produce seeds at scale. But if it works, you or someone you know may one day rock a pair of fully compostable, bright purple yoga pants of gene-hacked cotton.