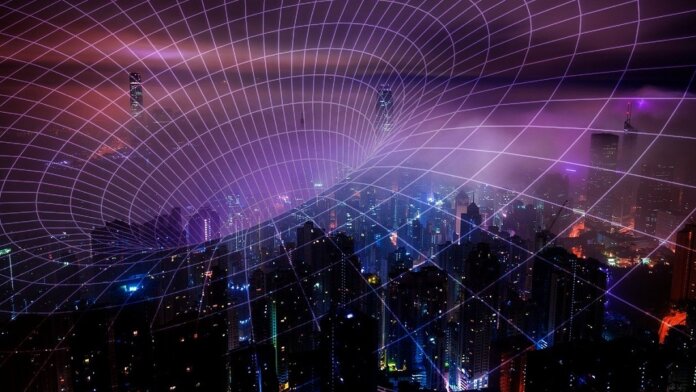 A quantum internet promises a truly unhackable way to communicate, but most proposals so far only link two users at a time and require costly infrastructure. Now researchers have demonstrated the first city-wide quantum network piggybacking off existing fiber optic cable.

While the internet has enabled a massive expansion of the global economy, it’s also incredibly vulnerable to attack. A 2018 report from the US government estimated that cybercrime cost the US economy between $57 billion and $109 billion in 2016, and that figure is almost certain to have risen considerably by now.

Quantum communication promises to stop hackers in their tracks. That’s because of an unusual trait of quantum systems, in which observing them unavoidably changes them. That means that if you send someone information encoded in the quantum state of particles and another person tries to intercept and read it, the message will be garbled in the process, alerting the receiver to the breach.

This promise of truly unhackable communication is driving a global push to build a quantum internet, with China currently firmly in the lead. And it’s being given extra impetus by rapid improvements in quantum computers, which are expected to be able to easily crack current encryption methods.

But so far most quantum communication approaches have only been able to connect two users at a time, and often rely on so-called “trusted nodes,” which requires every user to have expensive sender and receiver hardware and increases the chance of security breaches.

Now though, a team at the University of Bristol in the UK has developed a quantum communication network that can simultaneously connect at least 8 users across a distance of 17 kilometers. In a paper in Science Advances, they demonstrated that the network can simultaneously and securely connect all 28 possible pairings of 8 users across existing fiber networks in the city.

“This represents a massive breakthrough and makes the quantum internet a much more realistic proposition,” lead author Siddarth Joshi said in a press release. “Until now, building a quantum network has entailed huge costs, time, and resources, as well as often compromising on its security which defeats the whole purpose. Our solution is scalable, relatively cheap and, most important of all, impregnable.”

The researchers’ network uses a popular approach called quantum key distribution, in which an encryption key is encoded into the quantum states of photons and then securely transmitted to the other user. An encrypted message is then shared over a conventional communication channel and the quantum key is used to decipher it.

Typically, each user in such a system needs to be directly wired to the other or connected via trusted nodes, which can make large networks costly and increase the number of windows for hackers to exploit.

But the researchers managed to get around these limitations thanks to an approach that’s been used in telephony for more than a century, called multiplexing. It involves combining multiple data streams into a single signal that can be transmitted over a shared link before being separated out again when they reach their destination.

The researchers used a single source of photon pairs that had been entangled, which means their quantum states are intrinsically linked and any change or measurement of one is mirrored in the other. The researchers then split these entangled photon pairs up into multiple channels based on their wavelength before combining, or multiplexing, them and transmitting them over a single fiber optic cable.

Each user receives signals from a unique combination of channels that ensures they all share at least one channel with every other user. By looking at the measurements on their shared channels any two users can establish a quantum key between each other, allowing them to communicate securely.

This approach makes it much simpler to add additional users, because they only need a single receiver set up rather than one for every other user in the network. That could result in significant cost savings; Joshi predicts a 100-user network using previous approaches could cost around £5 billion ($6.6 billion), but theirs would only be about £4.5 million.

The system is still just a proof of concept and will take considerable extra development before it’s ready for prime time. But the approach holds serious promise for making an uncrackable quantum internet a reality.

“With these economies of scale, the prospect of a quantum internet for universal usage is much less far-fetched,” said Joshi. “We could be looking at serving not just hundreds or thousands, but potentially millions of users in the not-too-distant future.”