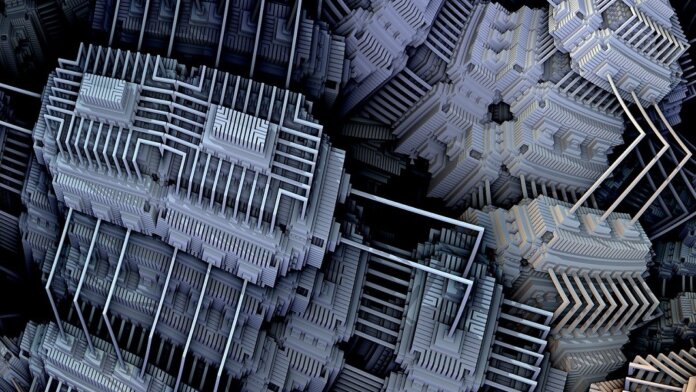 The point at which quantum computers transition from expensive science experiments to a technology that could reshape the future always seems about a decade away. But a new technology roadmap from IBM suggests that timeline might be getting more concrete.

Despite hundreds of millions of dollars pouring into the field, today’s quantum computers are still pretty rudimentary. IBM’s largest quantum processors today are 65 qubits—a shade behind their biggest competitor, Google, which has a 72-qubit device. That’s a long way from the millions of qubits likely to be needed to do practical computations.

Those numbers could tick up pretty fast, though, wrote IBM’s head of quantum Jay Gambetta in a blog post outlining the company’s vision for the next few years. It plans to launch a 127-qubit processor next year, with a 433-qubit machine hot on its heels in 2022. And by 2023 they expect to hit 1,121 qubits with a processor codenamed Condor, which they think will be the inflection point for the commercialization of quantum technology.

“The development required to build Condor will have solved some of the most pressing challenges in the way of scaling up a quantum computer,” writes Gambetta. “We are releasing the roadmap that we think will take us from the noisy, small-scale devices of today to the million-plus qubit devices of the future.”

It’s not just about boosting the number of qubits, though. One of the biggest problems facing quantum computers is their susceptibility to disturbances, which can easily introduce errors into their calculations. Director of IBM Research Dario Gil told Tech Crunch they hope to bring error rates down from one percent today to around 0.0001 percent in the Condor processor.

While it’s not officially in the roadmap, the company has intimated that it’s targeting a million-qubit device by 2030—the same timeline Google is working to. And it’s already building some of the supporting infrastructure. The release of the roadmap also saw the unveiling of a 10-foot-tall, 6-foot-wide cryogenic fridge codenamed “Goldeneye” that would house such a device.

Getting there won’t be easy, though. It will require breakthroughs in everything from materials science to cryogenics and software to run these devices. Gil tells Tech Crunch that’s exactly why they’ve released their roadmap, to give other players in the quantum computing industry the confidence to specialize in specific areas rather than everyone trying to do everything.

But it’s still far from clear whether IBM will really be the pace setter in this race. While Google has been fairly quiet this year, it still has today’s largest quantum processor and hotly disputed bragging rights as the first company to achieve quantum supremacy—carrying out a computation that would be impossibly difficult for a normal computer.

Industrial conglomerate Honeywell also burst out of left field earlier this year with what it claims is the world’s most powerful quantum computer. The Honeywell device eschews the superconducting qubits used by IBM, Google, and startup Rigetti in favor of “trapped ion” qubits and only has six of them. But the company claims that it outperforms all other devices announced so far in a performance measure invented by IBM called quantum volume.

This metric takes into account not only the number of qubits but the level of connectivity between them and how error-prone they are. IBM managed to pull level on quantum volume in August, but Honeywell says it expects to be able to increase the quantum volume of its system tenfold every year, which would leave rivals in the dust if it comes to fruition.

Several other rivals have made bets on different quantum technologies that could yet see them rapidly overtake the current leaders. Intel is pursuing silicon qubits built using the same raw materials and processes as today’s computer chips, which are still considerably less advanced than alternatives but hold the promise of massive scalability. And Microsoft has made a Hail Mary for topological quantum computing, which would side step the need for error correction but is in a far more embryonic stage of research.

Regardless of whether anyone manages to come up on the inside of IBM, though, the roadmap they have released suggests we’re now in the final sprint towards practical quantum computing. Rather than decades, it seems we’re now talking years.