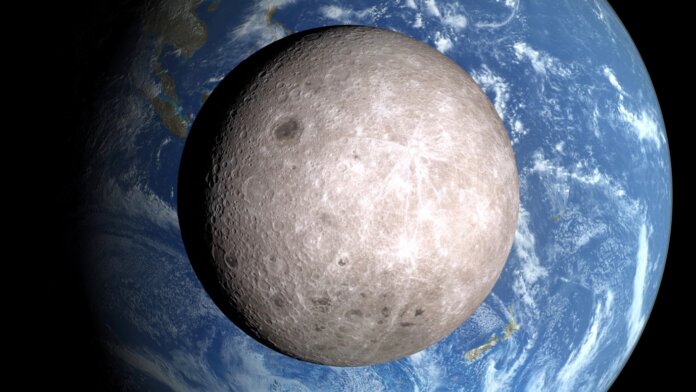 Are we alone in the universe? It’s a question whose answer—whether it’s yes or no—would philosophically and scientifically rock our world to the core.

To find out, scientists have long been turning powerful radio telescopes to the cosmos. The theory is that, like us, other intelligent species are perhaps broadcasting radio signals with the distinctly “unnatural” signature of a technological civilization.

But despite decades of intent listening, we’ve yet to pick anything up. Even in a recent survey of 10 million stars by the Murchison Widefield Array radio telescope in Western Australia—one of the most extensive to date—scientists found nothing of note.

Theories abound, but one possibility is we simply haven’t looked enough. Our galaxy, with its hundreds of billions of stars and countless planets, is a very big place. The scientists conducting the Murchison survey said it was like searching an area the size of a swimming pool in the ocean. In our search for a needle, maybe we just need to sift more straw.

But there’s a problem.

Our own civilization’s ceaseless radio chatter—which, in theory at least, would be similar to the signals SETI’s searching for—is growing louder, making it much harder for scientists to filter out local noise. While researchers have techniques and software to remove human signals, some are suggesting a more radical solution. Might we escape the noise entirely?

The further from civilization you go—Australia’s outback or Chile’s Atacama desert—the more the chatter fades. And if you keep following this line of reasoning to its end, you’ll land in a place with the most profound silence of all: the far side of the moon.

It’s no surprise, then, that scientists have been dreaming of an observatory on the moon for years. Equally unsurprising is the fact no such observatory yet exists.

But a recent paper—written by Breakthrough Listen sponsored researchers Eric Michaud, Andrew Siemion, Jamie Drew, and Pete Worden—makes the case for a SETI (search for extraterrestrial intelligence) observatory on the moon or in lunar orbit. And notably, they suggest that such a project is, perhaps, for the first time approaching feasibility.

SETI on the Far Side

The far side of the moon is an ideal place to search for radio signals from other civilizations for a few reasons.

The first, as noted, is its exquisite radio silence. Astronomer Phillipe Zarka, quoted by the authors, says, “The far side of the moon during the lunar night is the most radio-quiet place in our local universe.” And for radio signals of human origin, this is a permanent condition. The moon is tidally locked, so the far side always faces away from Earth.

How quiet is quiet?

According to the authors, an early-1970s NASA orbiter found radio noise from Earth declined by one to three orders of magnitude as the satellite passed behind the moon. Simulations suggest this effect would be even greater on the lunar surface. One study found that near the crater Daedalus some radio signals from Earth would be reduced by as much as 10 orders of magnitude (10 billion-fold). The only remaining radio interference of human origin would be from rovers and probes elsewhere in the Solar System—of which there are, of course, far fewer than in Earth orbit.

Added to an environment largely devoid of human radio interference, lunar nights last two weeks, allowing for extended viewing parties. And the cherry on top: An observatory on the moon could detect wavelengths in parts of the radio spectrum that are blocked by Earth’s ionosphere.

Together, these attributes make the moon a uniquely desirable destination for SETI—if you can, in fact, figure out how to fund and build an observatory that takes advantage of them.

The easiest route would be to place a telescope in lunar orbit.

The orbiter would scan the sky for signals from behind the moon—taking advantage of the far side’s radio quiet—and relay data when Earth reappears. Relative to the historically astronomical costs of spaceflight, such a mission might soon be launched for a pittance. Even better, you’d not run the risk of a (not unlikely) failed landing attempt.

But an orbiter comes with sacrifices. Observation periods would be hours instead of weeks. And the relative quiet in orbit would be nowhere near the silence on the surface.

An orbiter, then, may pave the way for a more ambitious project.

For the best observations, there’s no better place to be than a crater on the far side of the moon. The lunar night is long, and the radio chatter nearly nonexistent. Plus, it’d be possible to build a giant radio telescope there.

The Arecibo Observatory—a radio telescope used for SETI and made famous by the film Contact—was built into a naturally occurring depression in the mountains of Puerto Rico. We might similarly construct a lunar radio telescope in a crater on the moon. But whereas Arecibo’s dish is three football fields wide, a lunar Arecibo could be over three times wider, thanks to the moon’s lower gravity.

NASA recently funded research into two possible lunar observatories for radio telescopes that would observe the early universe in wavelengths never before explored. One of the proposals, the Lunar Crater Radio Telescope (LCRT), suggests robotic rovers could assemble a kilometer-wide radio telescope in the base of a crater on the far side of the moon, like a lunar Arecibo. It would be the largest such telescope in existence, capable of incredibly sensitive observations.

Despite its obvious advantages, a telescope on the surface has drawbacks too.

Lunar landers are more complex, expensive, and carry higher risk of failure. The paper also notes the telescope would likely need significant power storage because observations would take place during the two-week-long lunar night, when solar panels would be useless. This might cap viewing time, as battery packs are pricey cargo. Also, hidden as it is from Earth’s view, the telescope would need an orbiting satellite to relay observations back home.

Still, the authors write, such a mission may be approaching practicality.

Ironically, the reason such lunar observatories could arrive sooner than later is the same reason SETI might need them in the first place.

Low-cost satellites and launch services from the likes of RocketLab and SpaceX mean Earth’s skies are getting crowded. SpaceX’s Starlink has alone launched hundreds of internet satellites into orbit and has plans for thousands more. SETI observations will undoubtedly have to contend with more noise in the future.

In parallel, however, those lower launch costs and the advent of cheaper, smaller, but still effective satellites mean sending orbiters and landers to the moon isn’t the multi-billion-dollar project it was in the 1960s. Indeed, it’ll soon be possible to send payloads beyond Earth orbit for tens of millions of dollars. Add in more capable robots to automate construction—such as those in the LCRT proposal—alongside NASA’s growing appetite for lunar exploration, and there may be room for new projects once deemed impractical.

“The future of astronomy is going to be in space for the most part,” Siemion told Supercluster. “As access to space becomes cheaper and more democratized, astronomy will move there and I think much of that will be done from the lunar surface.”

There’s no telling when (or if) we’ll get a far-side SETI observatory, but the search for silence is a worthy cause. It’d be a shame to miss ET’s call simply because we can’t hear the phone.