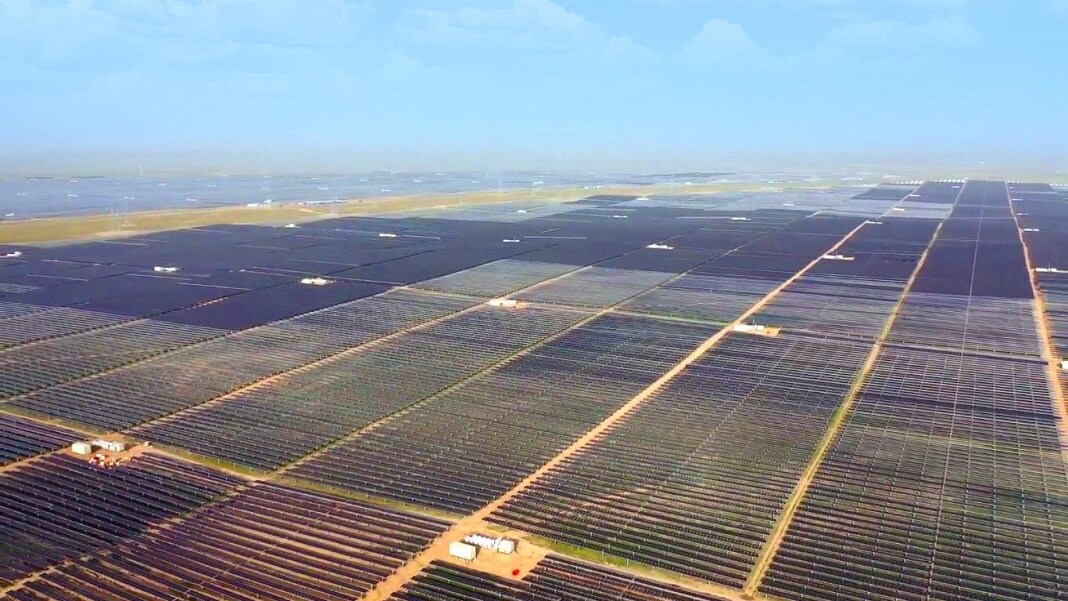 The Chinese economy has suffered as a result of the pandemic, but one sector that’s forging full-steam ahead is energy. Last week saw the opening of a massive new solar farm—the second-largest in the world—in the northwest province of Qinghai.

The project is a collaboration between Chinese company Sungrow, which specializes in inverters for renewable energy sources, and the state-owned utility Huanghe Hydropower Development. Its 2.2 gigawatt capacity makes it second only to India’s Bhadla solar park, which opened late last year and has a capacity of 2.5 gigawatts.

These both squash the US leader in solar power generation, which is currently the Solar Star farm outside Los Angeles. It uses more than 1.7 million solar panels to generate 579 megawatts of energy, enough to power 255,000 homes.

The Qinghai plant—located in the desert outside a city of 1.4 million people called Xining—will not only generate almost four times as much electricity as the LA plant, it will be able to store a lot of it too, with 202.8 megawatt-hours of storage capacity.

So why would a relatively small (for China) city need so much energy?

The solar farm wasn’t built with the intent of supplying power to nearby communities. Rather, the site is connected to an 800 kilovolt power line that will run 1,587 kilometers (986 miles) to the east across Qinghai, Gansu, Shaanxi, and Henan provinces. The ultrahigh-voltage line minimizes the amount of power lost in transit by using a high voltage of direct current, which flows through conductors more uniformly than alternating current.

The Chinese Communist Party has an ambitious plan to build the world’s largest supergrid, which would connect six different regional grids and carry power from renewable sources from the west to the east. And last month, President Xi Jinping pledged (virtually, of course) before the UN General Assembly that China would reach carbon neutrality—meaning it will sequester more carbon than it emits—by 2060. Xi also said the country would reach its peak carbon dioxide emissions in just 10 years, by 2030.

China currently emits more carbon than any other nation in the world, so these are no small goals. Experts estimate that meeting the targets will entail more than $5 trillion of investment. If China was able to fulfill these promises, though, it would have the biggest impact by far of any carbon-neutral commitments made by other countries or companies.

Opening the world’s second-largest solar power plant may be just a drop in the bucket, but it’s not a bad place to start.