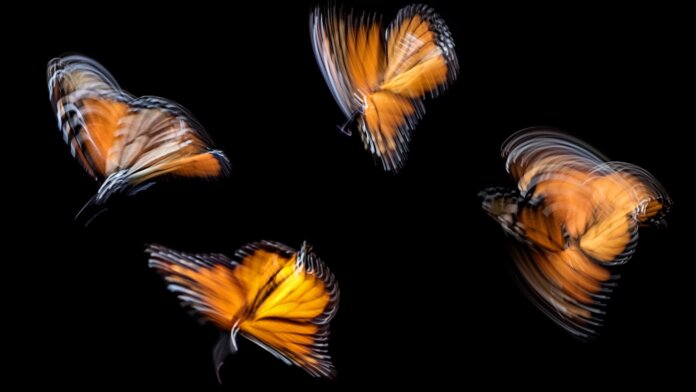 Forget AR Glasses. Augmented Reality Is Headed to Your Windshield
Luke Dormehl | Digital Trends
“…What Envisics has developed is a headset-free, in-car holography system that aims to transform the way we view the road. How? By giving your car an AR overhaul more in line with the kind of HUD technology you’d ordinarily find in a fighter jet or a commercial aircraft worth many millions of dollars.”

Boston Dynamics Will Start Selling Arms for Its Robodog Spot Next Year
Andrew Tarantola | Engadget
“i‘Once you have an arm on a robot, it becomes a mobile manipulation system. It really opens up just vast horizons on things robots can do,’ [Boston Dynamics founder Marc Raibert said in June.] ‘I believe that the mobility of the robot will contribute to the dexterity of the robot in ways that we just don’t get with current fixed factory automation.’

NASA Is Building 4G Internet on the Moon, So Future Astronauts Can Call Each Other
Katharine Schwab | Fast Company
“The project, for which Nokia will be paid $14.1 million, aims to create the lunar communications infrastructure necessary for voice and video calls, data transmission, robotic controls, and real-time navigation—think Google Maps, but for astronauts.”

How 30 Lines of Code Blew Up a 27-Ton Generator
Andy Greenberg | Wired
“Assante and his fellow INL researchers had bought the generator for $300,000 from an oil field in Alaska. …Now, if Assante had done his job properly, they were going to destroy it. And the assembled researchers planned to kill that very expensive and resilient piece of machinery not with any physical tool or weapon but with about 140 kilobytes of data, a file smaller than the average cat GIF shared today on Twitter.”

Scientists Capture World’s First 3,200-Megapixel Photos
Andy Altman | CNET
“Scientists at the Menlo Park, California-based SLAC National Accelerator Laboratory have taken the world’s first 3,200-megapixel digital photos, using an advanced imaging device that’s built to explore the universe. …That observatory is where the world’s largest digital camera will become the centerpiece of a monumental effort to map the night sky. The camera will spend 10 years capturing the most detailed images of the universe ever taken.”

Don’t Worry, the Earth Is Doomed
Tate Ryan-Mosley | MIT Technology Review
“Catastrophic risks are events that threaten human livelihood on a, well, catastrophic scale. Most are interconnected, meaning that one event—such as a nuclear detonation—is likely to trigger others, like water and food crises, economic depression, and world war. The intricate interdependence of our physical, social, and political systems has left humans vulnerable, something that covid-19 has highlighted.”

25 Moments in Tech That Defined the Last 25 Years
Editorial Staff | Fast Company
“As Fast Company celebrates our 25th anniversary, we’ve compiled a list of 25 moments that have defined the tech industry since our first issue hit the stands with a cover date of November 1995. …For better or worse—and sometimes both at the same time—these events have had lasting impact. If there’s some alternate universe where they never happened, it’s a different place indeed.”