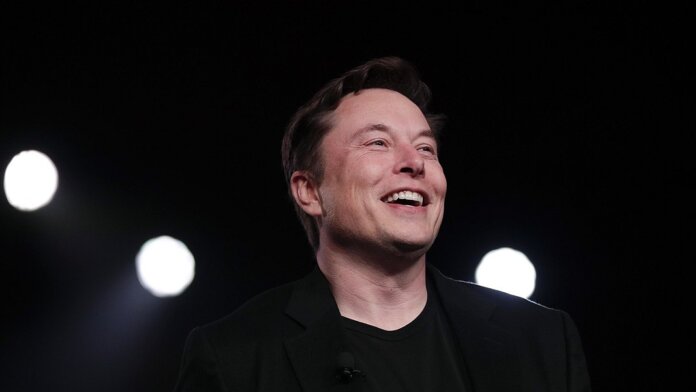 Even if the world rapidly ramps up climate action, most experts agree that cutting emissions is no longer enough to avert disaster. We also need to invest in pulling CO2 out of the atmosphere, and that effort just got a major boost after Elon Musk announced a $100 million prize for the technology.

For years, talk of technological solutions to directly counteract global warming, known as geoengineering, were taboo among climate scientists. The topic was seen as a “moral hazard” because it was thought that the promise of a technical fix for global warming could distract from efforts to reduce CO2 emissions.

But the sluggish global response to climate change has forced a recalculation. Even the Intergovernmental Panel on Climate Change now estimates that we will need to be pulling somewhere in the range of three to seven gigatons of CO2 out of the atmosphere every year by 2050, and up to 15 gigatons by the end of the century if we want to meet the goal of limiting warming to 1.5° C.

That’s easier said than done, though. People have been trying to scrub emissions out of the exhausts of factories, power stations, and other big carbon emitters for years, but the number of these facilities has actually been dropping in recent years, from a high of 77 in 2010 to just 37 in 2017. Pulling carbon straight out of thin air is likely to be even trickier.

But the idea just got a major boost after serial entrepreneur and the world’s richest person, Elon Musk, announced that he’s throwing $100 million at the problem. According to TechCrunch, Musk will be teaming up with the XPRIZE foundation to award a prize for the “best carbon capture technology.”

Details are yet to be announced, and it’s not yet clear exactly what kind of projects and technologies the prize is looking to incentivize, but it could prove to be a major boost for the industry.

So far, most major carbon-scrubbing projects have been focused on carbon capture and storage (CCS), which uses a variety of chemical processes to pull CO2 directly from the concentrated emissions of large producers like coal plants or cement factories. The gas is then pumped into underground geological formations, including old oil and gas wells, where it won’t escape back to the atmosphere.

More recently, though, people have suggested that to really reverse the clock on climate change, we need to be extracting CO2 directly from the air rather than just cleaning up the emissions of big polluters. Startups like Carbon Engineering, Climeworks, Global Thermostat, and Prometheus Fuels are working on exactly this problem.

These companies have also come to the realization that to make this idea economically feasible, we should be doing something useful with the end product. That ranges from pumping it into greenhouses to boost vegetable yields to using it as a feedstock for carbon-neutral fuels. The latter application may be of particular interest to Musk, who has previously discussed the idea of converting CO2 into rocket fuel.

So far, though, this is far from the cheapest way of producing any of these potentially useful byproducts. In 2018, Carbon Engineering showed they could pull CO2 from the atmosphere for between $94 and $232 per metric ton, but that’s still a long way from being a commercially viable source of carbon.

Using the CO2 poses another problem. While carbon-neutral fuels could help decarbonize highly polluting sectors—like aviation and agriculture—that are unlikely to go electric anytime soon, the captured CO2 will still make its way back into the atmosphere when it is burned, so they won’t contribute to the gigatons we need to pull out of the atmosphere for good.

When it comes to permanently storing CO2, there’s growing interest in using certain minerals that react with the gas and lock it up in the form of stable carbonates. This can be done on an industrial scale at considerable cost by using high temperatures and pressures, but a more recent proposal has suggested simply spreading large amounts of the minerals on beaches where the action of the waves would speed up the process for free.

Another option combines carbon capture and storage with bioenergy by burning biomass from fuel crops or wood and then storing the resulting CO2. Because the plant matter pulls CO2 out of the atmosphere to grow, this will result in negative rather than just neutral emissions.

There have also been suggestions that simply planting more trees or changing farming practices so that crop plants lock more carbon in the soil could be the way forward, but both are things we already do poorly, and there’s limited evidence they could make a significant dent in emissions.

Whether Musk’s new prize will be able to push this conversation forward remains to be seen. He’s not the first to try; last year Microsoft pledged £1 billion for carbon reduction and removal technologies; in 2018 Y Combinator called for new startups to take up the challenge; and in 2007 Richard Branson sponsored an unsuccessful $25 million prize to create commercially viable CO2 removal technology.

As many commentators have noted, if nothing else Musk’s celebrity will give the industry much-needed publicity. But if, like previous efforts, it focuses on efforts to squeeze a profit out of scrubbed CO2, it may struggle to have much of an impact.

A recent study from researchers at UC San Diego suggested that rather than looking for economically viable ways of removing CO2 from the atmosphere, we should approach the challenge more like a war effort, mobilizing money and resources to deal with an emergency without thinking too much about the bottom line.

With that approach, their models predict we’ll probably still miss the IPCC’s goal for carbon removal by 2050, but it could lay the groundwork for a massive industry that could be sucking double the suggested amount by the end of the century.

That kind of effort seems like a distant possibility right now, but the clock is ticking, and a lot could change as the impacts of climate change start to hit home.