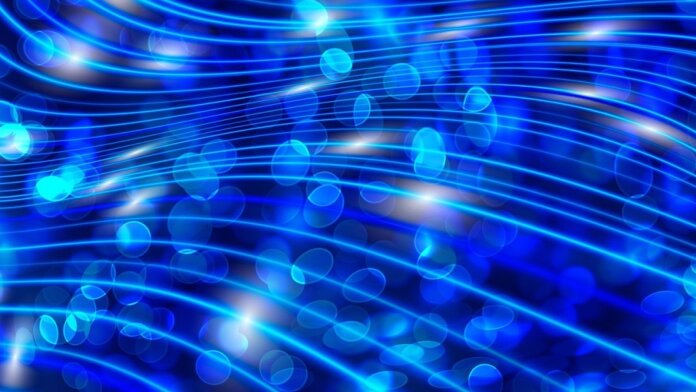 Quantum computers could change the world, but first we need to work out how to build ones that are big enough to live up to this potential. A new breakthrough in the ability to connect distant qubits could show a way forward.

Most of the headline-grabbing progress on quantum computing so far has been led by companies like Google and IBM who are trying to build massive, cryogenically-cooled quantum supercomputers that take up entire basements.

This approach has allowed us to scale up from the handful of qubits researchers were experimenting with a decade ago to processors that are now approaching the 100-qubit mark. But this is still far fewer than what would be required to start tackling practical problems beyond the capabilities of conventional computers—the principle promise of the technology.

Significantly boosting the number of qubits in these devices faces some major engineering challenges. Processors with just tens of qubits are already the size of server racks, so finding ways to squeeze thousands or even millions of them into a reasonable amount of space while preventing them from interfering with each other is an unsolved problem.

This has prompted some to suggest we should instead create a distributed network of smaller quantum computers that can work together to simulate a larger one. The individual processing units could be much simpler, and you could side-step the cross-talk issues and space constraints because they wouldn’t all need to be squeezed into the same location.

The trade-off is that coordinating a diffuse network like this would be much more complicated. To do anything useful with such a system, you need to be able to arbitrarily connect any two qubits in the network no matter how far apart they are.

Now researchers from the Max Planck Institute of Quantum Optics in Germany have taken the first tentative steps in this direction, by showing they can create a quantum logic gate made up of two qubits more than 60 meters apart.

Rather than relying on the superconducting qubits favored by industry leaders, the researchers used single rubidium atoms trapped inside optical cavities. They manipulated a property of the atoms known as “spin” to encode information into the qubits.

To create their quantum logic gate—synonymous to logic gates created by combining multiple transistors in a conventional computer—the researchers relied on a quantum phenomenon called entanglement, which Einstein famously dubbed “spooky action at a distance.”

It describes a process in which two particles can interact in such a way that their quantum states become linked no matter how far apart they are. This means that changes made to the quantum state of one particle are reflected in the other, and this property is a key ingredient in both quantum computers and quantum communication.

This creates a three-way entanglement between the two atoms and the photon, and by then measuring the photon and using the measurement as feedback to change the state of the first qubit, they were able to create a quantum logic gate with a fidelity of 85 percent.

While the fidelity and speed of the system are still a long way from those achieved by state-of-the-art devices, a lot of this is down to the rough and ready experimental setup the researchers used and should be possible to improve on.

In an accompanying opinion piece in Science, David Hunger from the Karlsruhe Institute of Technology said that none of these issues present fundamental barriers, and it should be possible to scale the idea up by both connecting more processing units and adding multiple atoms to each optical cavity.

These approaches have a long way to catch up with the monolithic designs favored by the industry leaders, but the possibility of a modular and distributed future for quantum computers doesn’t seem quite so outlandish anymore.