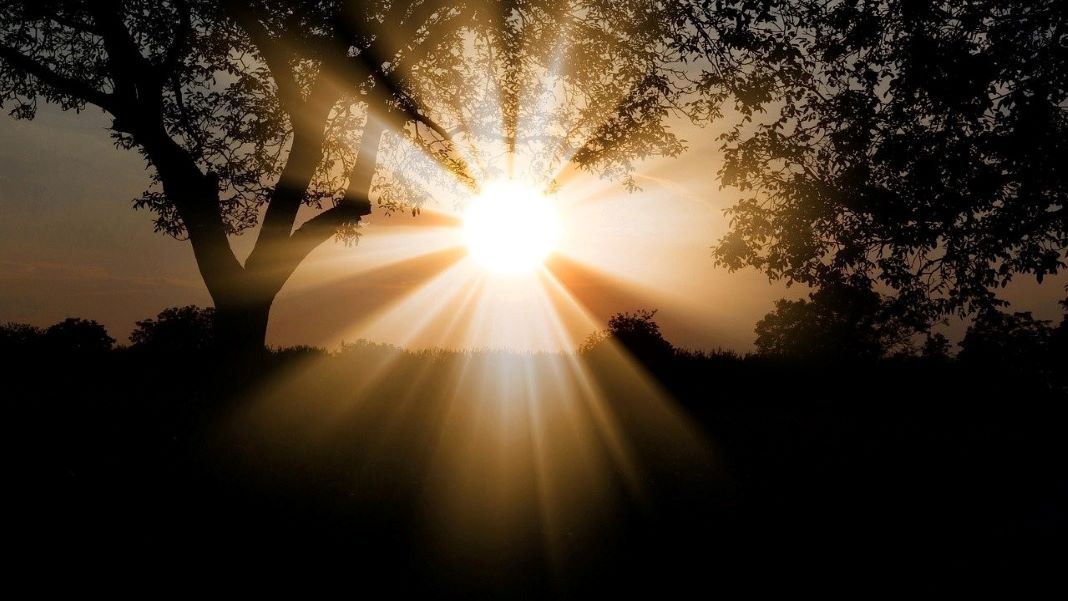 In a store in the center of an unnamed city, humanoid robots are displayed alongside housewares and magazines. They watch the fast-moving world outside the window, anxiously awaiting the arrival of customers who might buy them and take them home. Among them is Klara, a particularly astute robot who loves the sun and wants to learn as much as possible about humans and the world they live in.

So begins Kazuo Ishiguro’s new novel Klara and the Sun, published earlier this month. The book, told from Klara’s perspective, portrays an eerie future society in which intelligent machines and other advanced technologies have been integrated into daily life, but not everyone is happy about it.

Technological unemployment, the progress of artificial intelligence, inequality, the safety and ethics of gene editing, increasing loneliness and isolation—all of which we’re grappling with today—show up in Ishiguro’s world. It’s like he hit a fast-forward button, mirroring back to us how things might play out if we don’t approach these technologies with caution and foresight.

The wealthy genetically edit or “lift” their children to set them up for success, while the poor have to make do with the regular old brains and bodies bequeathed them by evolution. Lifted and unlifted kids generally don’t mix, and this is just one of many sinister delineations between a new breed of haves and have-nots.

There’s anger about robots’ steady infiltration into everyday life, and questions about how similar their rights should be to those of humans. “First they take the jobs. Then they take the seats at the theater?” one woman fumes.

References to “changes” and “substitutions” allude to an economy where automation has eliminated millions of jobs. While “post-employed” people squat in abandoned buildings and fringe communities arm themselves in preparation for conflict, those whose livelihoods haven’t been destroyed can afford to have live-in housekeepers and buy Artificial Friends (or AFs) for their lonely children.

“The old traditional model that we still live with now—where most of us can get some kind of paid work in exchange for our services or the goods we make—has broken down,” Ishiguro said in a podcast discussion of the novel. “We’re not talking just about the difference between rich and poor getting bigger. We’re talking about a gap appearing between people who participate in society in an obvious way and people who do not.”

He has a point; as much as techno-optimists claim that the economic changes brought by automation and AI will give us all more free time, let us work less, and devote time to our passion projects, how would that actually play out? What would millions of “post-employed” people receiving basic income actually do with their time and energy?

In the novel, we don’t get much of a glimpse of this side of the equation, but we do see how the wealthy live. After a long wait, just as the store manager seems ready to give up on selling her, Klara is chosen by a 14-year-old girl named Josie, the daughter of a woman who wears “high-rank clothes” and lives in a large, sunny home outside the city. Cheerful and kind, Josie suffers from an unspecified illness that periodically flares up and leaves her confined to her bed for days at a time.

Her life seems somewhat bleak, the need for an AF clear. In this future world, the children of the wealthy no longer go to school together, instead studying alone at home on their digital devices. “Interaction meetings” are set up for them to learn to socialize, their parents carefully eavesdropping from the next room and trying not to intervene when there’s conflict or hurt feelings.

Klara does her best to be a friend, aide, and confidante to Josie while continuing to learn about the world around her and decode the mysteries of human behavior. We surmise that she was programmed with a basic ability to understand emotions, which evolves along with her other types of intelligence. “I believe I have many feelings. The more I observe, the more feelings become available to me,” she explains to one character.

Ishiguro does an excellent job of representing Klara’s mind: a blend of pre-determined programming, observation, and continuous learning. Her narration has qualities both robotic and human; we can tell when something has been programmed in—she “Gives Privacy” to the humans around her when that’s appropriate, for example—and when she’s figured something out for herself.

But the author maintains some mystery around Klara’s inner emotional life. “Does she actually understand human emotions, or is she just observing human emotions and simulating them within herself?” he said. “I suppose the question comes back to, what are our emotions as human beings? What do they amount to?”

Klara is particularly attuned to human loneliness, since she essentially was made to help prevent it. It is, in her view, peoples’ biggest fear, and something they’ll go to great lengths to avoid, yet can never fully escape. “Perhaps all humans are lonely,” she says.

Warding off loneliness through technology isn’t a futuristic idea, it’s something we’ve been doing for a long time, with the technologies at hand growing more and more sophisticated. Products like AFs already exist. There’s XiaoIce, a chatbot that uses “sentiment analysis” to keep its 660 million users engaged, and Azuma Hikari, a character-based AI designed to “bring comfort” to users whose lives lack emotional connection with other humans.

The mere existence of these tools would be sinister if it wasn’t for their widespread adoption; when millions of people use AIs to fill a void in their lives, it raises deeper questions about our ability to connect with each other and whether technology is building it up or tearing it down.

This isn’t the only big question the novel tackles. An overarching theme is one we’ve been increasingly contemplating as computers start to acquire more complex capabilities, like the beginnings of creativity or emotional awareness: What is it that truly makes us human?

“Do you believe in the human heart?” one character asks. “I don’t mean simply the organ, obviously. I’m speaking in the poetic sense. The human heart. Do you think there is such a thing? Something that makes each of us special and individual?”

The alternative, at least in the story, is that people don’t have a unique essence, but rather we’re all a blend of traits and personalities that can be reduced to strings of code. Our understanding of the brain is still elementary, but at some level, doesn’t all human experience boil down to the firing of billions of neurons between our ears? Will we one day—in a future beyond that painted by Ishiguro, but certainly foreshadowed by it—be able to “decode” our humanity to the point that there’s nothing mysterious left about it? “A human heart is bound to be complex,” Klara says. “But it must be limited.”

Whether or not you agree, Klara and the Sun is worth the read. It’s both a marvelous, engaging story about what it means to love and be human, and a prescient warning to approach technological change with caution and nuance. We’re already living in a world where AI keeps us company, influences our behavior, and is wreaking various forms of havoc. Ishiguro’s novel is a snapshot of one of our possible futures, told through the eyes of a robot who keeps you rooting for her to the end.