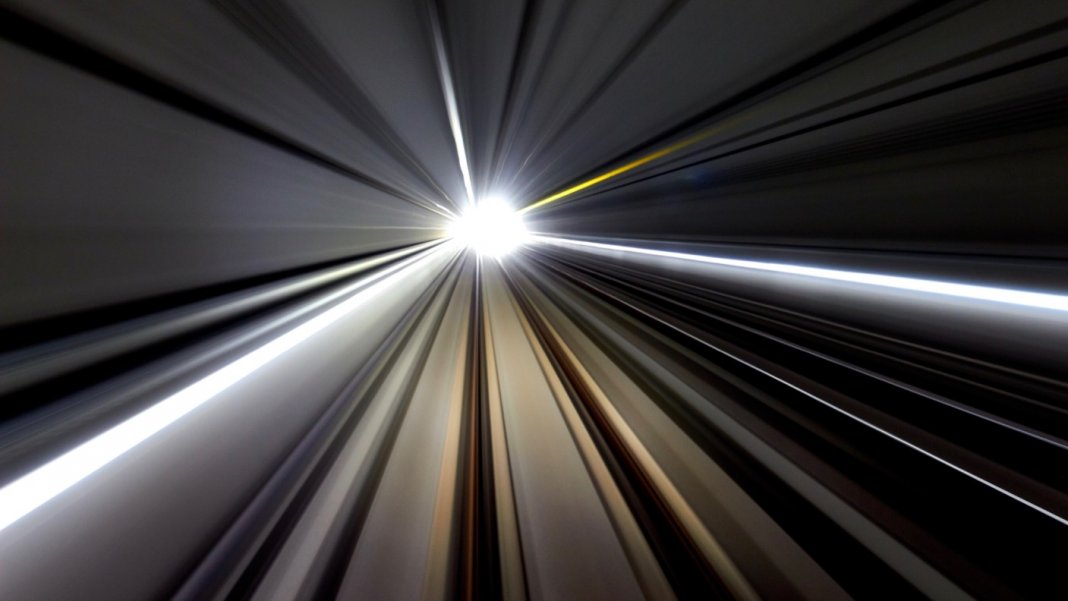 In 1994, physicist Miguel Alcubierre proposed a radical technology that would allow faster-than-light travel: the warp drive, a hypothetical way to skirt around the universe’s ultimate speed limit by bending the fabric of reality.

It was an intriguing idea—even NASA has been researching it at the Eagleworks laboratory—but Alcubierre’s proposal contained problems that seemed insurmountable. Now, a recent paper by US-based physicists Alexey Bobrick and Gianni Martire has resolved many of those issues and generated a lot of buzz.

But while Bobrick and Martire have managed to substantially demystify warp technology, their work actually suggests that faster-than-light travel will remain out of reach for beings like us, at least for the time being.

There is, however, a silver lining: warp technology may have radical applications beyond space travel.

General relativity places two constraints on interstellar travel. First, nothing can be accelerated past the speed of light (around 300,000 kilometers per second). Even traveling at this dizzying speed it would still take us four years to arrive at Proxima Centauri, the nearest star to our Sun.

Second, the clock on a spaceship traveling close to the speed of light would slow down relative to a clock on Earth (this is known as time dilation). Assuming a constant state of acceleration, this makes it possible to travel to the stars. One can reach a distant star that is 150 lightyears away within one’s lifetime. The catch, however, is that upon one’s return more than 300 years will have passed on Earth.

This is where Alcubierre came in. He argued that the mathematics of general relativity allowed for “warp bubbles”—regions where matter and energy were arranged in such a way as to bend spacetime in front of the bubble and expand it to the rear in a way that allowed a “flat” area inside the bubble to travel faster than light.

To get a sense of what “flat” means in this context, note that spacetime is sort of like a rubber mat. The mat curves in the presence of matter and energy (think of putting a bowling ball on the mat). Gravity is nothing more than the tendency objects have to roll into the the dents created by things like stars and planets. A flat region is like a part of the mat with nothing on it.

Such a drive would also avoid the uncomfortable consequences of time dilation. One could potentially make a round trip into deep space and still be greeted by one’s nearest and dearest at home.

How does Alcubierre’s device work? Here, discussion often relies on analogies, because the math is so complex.

Imagine a rug with a cup on it. You’re on the rug and you want to get to the cup. You could move across the rug, or tug the rug toward you. The warp drive is like tugging on spacetime to bring your destination closer.

But analogies have their limits: a warp drive doesn’t really drag your destination toward you. It contracts spacetime to make your path shorter. There’s just less rug between you and the cup when you switch the drive on.

Alcubierre’s suggestion, while mathematically rigorous, is difficult to understand at an intuitive level. Bobrick and Martire’s work is set to change all that.

Bobrick and Martire show that any warp drive must be a shell of material in a constant state of motion, enclosing a flat region of spacetime. The energy of the shell modifies the properties of the spacetime region inside it.

This might not sound like much of a discovery, but until now it was unclear what warp drives might be, physically speaking. Their work tells us that a warp drive is, somewhat surprisingly, like a car. A car is also a shell of energy (in the form of matter) that encloses a flat region of spacetime. The difference is that getting inside a car does not make you age faster. That, however, is the kind of thing a warp drive might do.

Using their simple description, Bobrick and Martire demonstrate a method for using Einstein’s general relativity equations to find spacetimes that allow for arrangements of matter and energy that would act as warp bubbles. This gives us a mathematical key for finding and classifying warp technologies.

Their work manages to address one of the core problems for warp drives. To make the equations balance, Alcubierre’s device runs on “negative energy”—but we are yet to discover any viable sources of negative energy in the real world.

Worse, the negative energy requirements of Alcubierre’s device are immense. By some estimates, the entire energy in the known universe would be needed (though later work brings the number down a bit).

Bobrick and Martire show a warp drive could be made from positive energy (i.e., “normal” energy) or from a mixture of negative and positive energy. That said, the energy requirements would still be immense.

If Bobrick and Martire are right, then a warp drive is just like any other object in motion. It would be subject to the universal speed limit enforced by general relativity after all, and it would need some kind of conventional propulsion system to make it accelerate.

The news gets worse. Many kinds of warp drive can only modify the spacetime inside in a certain way: by slowing down the clock of the passenger in exactly the way that makes a trip into deep space a problem.

Bobrick and Martire do show that some warp drives could travel faster than light, but only if they are created already traveling at that speed—which is no help for any ordinary human hoping for a bit of interstellar tourism.

Remember that a warp drive can modify the region of flat spacetime it encloses. It can, in particular, speed up or slow down a clock inside the drive.

Consider what it would mean to have such an object available. Want to put someone with a terminal illness on ice? Stick them in a warp drive and slow their clock down. From their perspective, a few years will pass, while a hundred years will pass on Earth—time enough to find a cure.

There are even more exotic possibilities: by rotating the spacetime inside a drive one may be able to produce a battery capable of holding huge amounts of energy.

Faster-than-light travel remains a distant dream. But warp technology would be revolutionary in its own right.