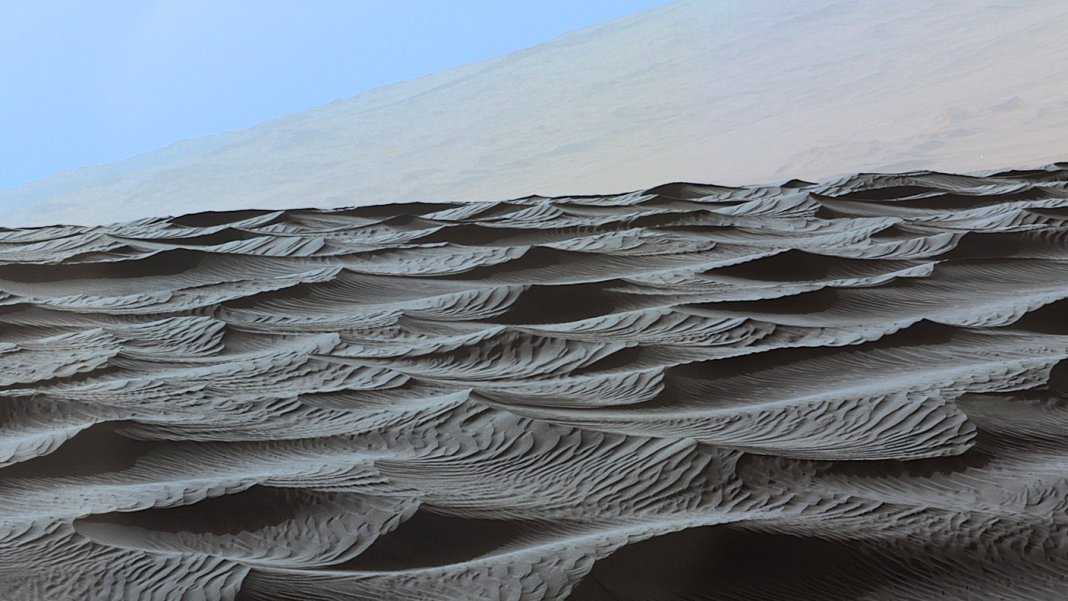 Now for AI’s Latest Trick: Writing Computer Code
Will Knight | Wired
“It can take years to learn how to write computer code well. SourceAI, a Paris startup, thinks programming shouldn’t be such a big deal. The company is fine-tuning a tool that uses artificial intelligence to write code based on a short text description of what the code should do. Tell the company’s tool to ‘multiply two numbers given by a user,’ for example, and it will whip up a dozen or so lines in Python to do just that.”

NASA’s Perseverance Rover Just Turned CO2 Into Oxygen
Morgan McFall-Johnsen | Business Insider
“That’s good news for the prospect of sending human explorers to Mars. Oxygen takes up a lot of room on a spacecraft, and it’s unlikely that astronauts will be able to bring enough with them to Mars. So they’ll need to produce their own oxygen from the Martian atmosphere, both for breathing and for fueling rockets to return to Earth.”

Latest Neural Nets Solve World’s Hardest Equations Faster Than Ever Before
Anil Ananthaswamy | Quanta
“…researchers have built new kinds of artificial neural networks that can approximate solutions to partial differential equations orders of magnitude faster than traditional PDE solvers. And once trained, the new neural nets can solve not just a single PDE but an entire family of them without retraining.”

NASA’s Bold Bet on Starship for the Moon May Change Spaceflight Forever
Eric Berger | Ars Technica
“Until now, the plans NASA had contemplated for human exploration in deep space all had echoes of the Apollo program. …By betting on Starship, which entails a host of development risks, NASA is taking a chance on what would be a much brighter future. One in which not a handful of astronauts go to the Moon or Mars, but dozens and then hundreds. In this sense, Starship represents a radical departure for NASA and human exploration.”

Who Will Win the Self-Driving Race? Here Are Eight Possibilities
Timothy B. Lee | Ars Technica
“…predicting what the next couple of years will bring is a challenge. So rather than offering a single prediction, here are eight: I’ve broken down the future into eight possible scenarios, each with a rough probability. …A decade from now, we’ll be able to look back and say which companies or approaches were on the right track. For now, we can only guess.”

Europe’s Proposed Limits on AI Would Have Global Consequences
Will Knight | Wired
“The rules are the most significant international effort to regulate AI to date, covering facial recognition, autonomous driving, and the algorithms that drive online advertising, automated hiring, and credit scoring. The proposed rules could help shape global norms and regulations around a promising but contentious technology.”

What Do You Call a Bunch of Black Holes: A Crush? A Scream?
Dennis Overbye | The New York Times
“[Astrophysicist Jocelyn Kelly Holley-Bockelmann] was trying to run a Zoom meeting of the [Laser Interferometer Space Antenna] recently ‘when one of the members said his daughter was wondering what you call a collective of black holes—and then the meeting fell apart, with everyone trying to up one another,’ she said in an email. ‘Each time I saw a suggestion, I had to stop and giggle like a loon, which egged us all on more.’i”

Stopping Plastic in Rivers From Reaching the Ocean With New Tech From the Ocean Cleanup Project
Stephen Beacham | CNET
“First announced by Ocean Cleanup founder and CEO Boyan Slat in 2019, the Interceptors are moored to river beds and use the currents to snag debris floating on the surface. Then they direct the trash onto a conveyor belt that shuttles it into six large onboard dumpsters. The Interceptors run completely autonomously day and night, getting power from solar panels.”

Hackers Used to Be Humans. Soon, AIs Will Hack Humanity
Bruce Schneier | Wired
“Hacking is as old as humanity. We are creative problem solvers. We exploit loopholes, manipulate systems, and strive for more influence, power, and wealth. To date, hacking has exclusively been a human activity. Not for long. As I lay out in a report I just published, artificial intelligence will eventually find vulnerabilities in all sorts of social, economic, and political systems, and then exploit them at unprecedented speed, scale, and scope.”