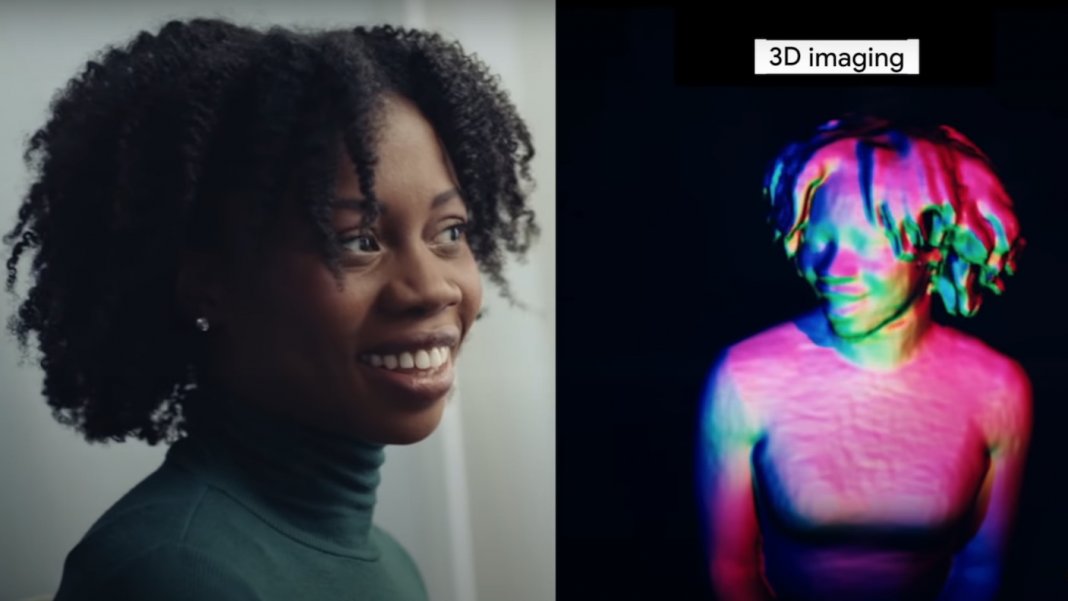 The end of the pandemic seems to be in sight, but it has likely brought lasting changes to the way we work, live, and connect with each other. As traveling starts to take off again and many employees return to their offices, others are choosing to stay put, both in their home towns and inside their homes. “Why fly across the country for a meeting when you can do it over Zoom?”, the reasoning goes. Though there’s of course still immense and irreplaceable value in seeing other humans face to face, companies are banking on people wanting or needing better tools for remote connection.

One of those companies is Google. This week the internet search giant unveiled Project Starline, a hologram-like video chatting tool that makes it look like the person you’re talking to is right there in the same room.

What’s actually in the same room is a booth, not unlike one you’d sit in in a restaurant, except this one is decked out with cameras and sensors. These capture your image and movements from multiple vantage points, and that imagery gets transmitted to a similar booth in a different room (be it in the same building or in another state). You see the person you’re meeting with on a light field display, a technology that works by cutting up an image’s volume radially (in the way that you’d slice a cake). There’s also spatial audio, making it seem like the sound of the other person’s voice is all around you rather than emanating from one small speaker.

Surprisingly, Starline wasn’t conceived of during the pandemic as a frenzied attempt to keep socially-distanced and locked-down humans connected; as reported by Wired, Google’s head of augmented and virtual reality, Clay Bavor, said the project has been in motion for over five years.

Bavor sees Starline as being in a different league than tools like Zoom. “I know that the person I’m sitting across from is not checking his phone during the meeting, and that’s nice,” he told Wired. “But the crazy thing is, I would wake up the next morning and have the memory of, ‘Oh, I saw Steve yesterday.’ Not like, ‘I had a video call with Steve yesterday.’ And there’s just something different about how our memories are laid down.”

The imagery in Project Starline’s sample video does look impressively realistic. However, the technology isn’t close to being ready for widespread use; there are still glitches to be ironed out and improvements to be made, not to mention a cost that’s undoubtedly prohibitively high (details of cost haven’t been released).

It does seem, though, like we won’t be getting away from video conferencing in the future, and the technology for it will slowly but surely improve. Google is far from the only company working on this sort of technology. A company called PORTL makes a 7-foot-tall “hologram box” with transparent LCD screens in its walls, and the person appearing as a hologram just needs to have a camera and be standing against a white background. Microsoft’s Mesh aims to eventually integrate real-time 3D holograms into its platform.

We’ll soon start to see what sort of demand there is for advanced video conferencing tech, and on the flip side, to what extent people are willing or eager to get back to in-person meetings and travel. My vote is for the latter, but it’s nice to know we’ll eventually have some solid backup options for when you just don’t feel like getting on a plane, train, or if you’re in a building with multiple floors and multiple Starline booths, an elevator.