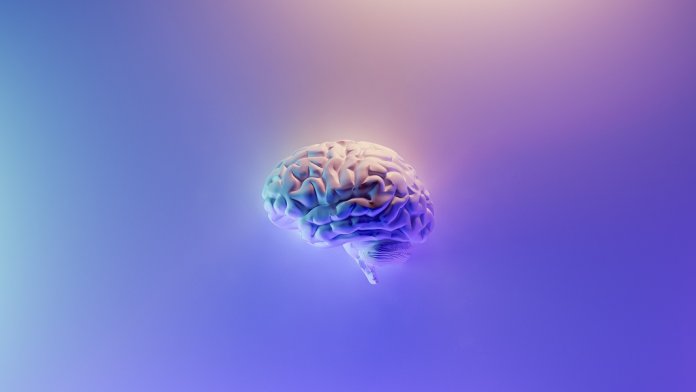 How does consciousness work? A frenemy collaboration is duking it out.

Six different teams from across the globe are uniting in a challenge to test our fundamental theories of consciousness. They don’t agree on where or how consciousness originates in the brain. But they’re willing to battle it out through a fair match.

For the past two years—and the next few—the teams agreed to standardize tests to explore the limits of awareness, while generating intricate maps of brain activation during consciousness. These data are publicly available, encouraging anyone with a laptop to explore the roots of consciousness that emerge from the electrical chatter in our minds.

The study, COGITATE, pits two prominent theories of consciousness against each other, through an academic fisticuffs that dates back to Newton and Einstein. The crux? Having a global team of scientists and philosophers to agree on what they disagree about, and test their disagreements through experiments with people across the world—regardless of ethnicity, gender, or race.

“Solving big questions may require ‘big science’ because such questions are more likely to be solved in unison rather than through isolated, parallel, small-scale attempts,” the authors said. “The problem of consciousness will surely remain difficult, but understanding the ancient mind-body problem will become a little bit easier.”

I’m conscious. You are too. But for people who are “locked in,” or those on life support, it’s hard to tell.

“The partner of my sister had an accident, and he became brain dead,” said Dr. Lucia Melloni, a group leader in the department of neuroscience at the Max Planck Institute for Empirical Aesthetics and part of the study. When he was put on life support, “what is really more difficult to swallow is the fact that, with all of these machines, so they seem to actually breathe, they are warm…How do I know that he’s not there?”

Despite centuries of philosophical debates and decades of neuroscience, we still don’t have an answer. Part of the problem, writes Melloni, Dr. Christof Koch at the Allen Institute for Brain Science, and colleagues, is there isn’t a global “big data” approach to test theories, using the same paradigms, mano-a-mano.

Theories of consciousness are controversial, and different camps are just as die hard as those in the “who’s better, Beatles or Rolling Stones” debate. Rather than squabbling about it, the teams decided to ask “okay, so let’s try to look either for confirmation or for disproof” of another person’s idea. Regardless of who’s more correct, the end result is “we might be able to say which one of those theories explains the data that we have gathered, up until now, better,” said Melloni. In turn, this’ll lead towards a more targeted search for the emergence of consciousness in the brain.

The idea is dubbed “adversarial collaborations,” or the science equivalent of frenemies. Teams will collaborate to share their data, testing ideas that markedly differ between hypotheses, and quickly whittle down theories of consciousness. The idea goes back a century, when Arthur Eddington, a British astronomer and polymath, pitted Einstein’s theory of general relativity against Newton’s theory of gravitation in a friendly but fiery challenge.

The project is testing two sets of interlinked theories of consciousness in the brain.

The first is the global neuronal workspace theory (GNWT) versus the integrated information theory (IIT). GNWT takes a globalist approach: it believes that the brain is a city of sorts, with many modules linked through neural highways. One module could automatically “see” something, but it takes the entire communication between the nodes for the information to reach your consciousness. In other words, we perceive something only when segregated information from multiple sources—eyes, skin, ears, tongue, and so on—are integrated into pieces of information woven into a temporary neural sketchpad.

The sketchpad itself generates a sense of consciousness, so that we’re aware of the information in our brains and can act on it. Brain simulations suggest that if this is true, the seat of consciousness is likely in the frontal areas of our brains.

The opponent in the boxing match, IIT, takes a different approach. Their idea is that consciousness arises from a series of integrated cause-effect data processing built on the physical structure of neural networks. IIT begins by deciphering the brain components that lead to the awareness of an experience, which can naturally generate consciousness and the sensation of experience.

Here’s the crux: in contrast to GNWT with its frontal brain hypothesis, IIT suggests that the seat of consciousness is at the back of the brain. Location-wise, it’s something that the six teams can test out.

But there’s more. Another related controversy of consciousness is between “first-order” and “higher-order” processes. Star Wars jokes aside, the first-order clan believes that information in the earlier parts of the brain—say those that process sensations—are sufficient to generate consciousness when they electrochemically converse with each other. The other theory believes that a higher level of processing is needed before the information can reach our conscious minds.

Both theories are currently being tested out in the COGITATE consortium. To make the debate honest, the teams have released their predictions, agreed-upon methods, and planned analysis on a public registry.

Making the fight even more fair, a separate team of neuroscientists and philosophers have designed experiments for independent parties to test their work. However, the expert team did work closely with advocates with each theory.

One experiment, for example, uses a fun video game that flashes graphics in the background as the participants are playing. Some of these they can see; others are subliminal. By measuring brain electrical signals as they play, the teams can then determine the brain’s electrical patterns—or “neural correlates”—that occur when they consciously notice the visual McGuffin or not.

Another test puts the volunteers into an MRI machine, which uses a giant magnet to measure brain activity. At the same time, they’ll have their brain scanned with non-invasive methods, such as electroencephalography (EEG) or magnetoencephalography (MEG), which uses either electrodes on the scalp or magnets to tap into the brain’s electrical patterns. This study hopes to nail down the “hot zones” of consciousness—either the front or back of the brain—and how conscious thoughts or precepts are maintained over time.

To the authors, the trial can only win—even if both camps are wrong. Six labs across the world will be trying the same tests, and collect results in parallel.

“You could not imagine how difficult it is to make sure that every experiment in every lab is the same…in different languages,” said Melloni.

The data will then be released online, so anyone in the world will be able to download them, and test their own hypothesis about the brain’s origin of consciousness.

And if both sides are wrong?

“That’s great!” said Melloni. “In science, when do we learn?” When things go wrong, she explains—it’s usually when the theories don’t fit the data and aren’t the proper explanation.

“No matter the outcome, the field can use the results to make progress in framing new thinking about consciousness and testing other potential theories in the same way,” the team said.