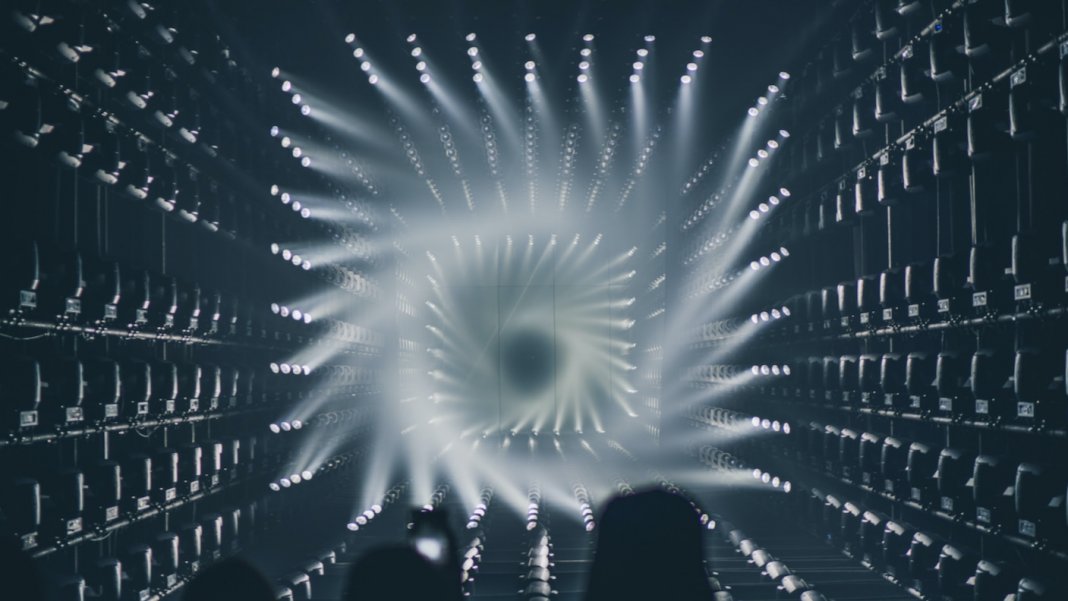 These Creepy Fake Humans Represent a New Age in AI
Karen Hao | MIT Technology Review
“[The simulated humans] are synthetic data designed to feed the growing appetite of deep-learning algorithms. Firms like Datagen offer a compelling alternative to the expensive and time-consuming process of gathering real-world data. They will make it for you: how you want it, when you want—and relatively cheaply.”

For $2,700, You Too Can Have Your Very Own Robotic Dog
Victoria Song | Gizmodo
“You’re probably familiar with Spot, Boston Dynamics’ highly advanced, nightmare-inducing robot dog. And while it went on sale last year, few of us have an extra $74,500 lying around to buy one. However, Chinese firm Unitree Robotics has a similar quadruped bot that’s not only a fraction of the size, but it also starts at a mere $2,700. For an advanced robot dog, that’s actually pretty dang affordable.”

Terran R Rocket From Relativity Space Will Be Completely 3D Printed, Completely Reusable
Evan Ackerman | IEEE Spectrum
“This week, Relativity Space is announcing the Terran R, a 65 meter tall entirely 3D-printed two stage launch vehicle capable of delivering 20,000 kg into low Earth orbit and then returning all of its bits and pieces safely back to the ground to be launched all over again. Relativity Space’s special sauce is that they 3D print as close to absolutely everything as they possibly can, reducing the part count of their rockets by several orders of magnitude.”

Wake Forest Teams Win a NASA Prize for 3D Printing Human Liver Tissue
A. Tarantola | Engadget
“i‘I cannot overstate what an impressive accomplishment this is. When NASA started this challenge in 2016, we weren’t sure there would be a winner,’ Jim Reuter, NASA associate administrator for space technology, said in a recent press statement. ‘It will be exceptional to hear about the first artificial organ transplant one day and think this novel NASA challenge might have played a small role in making it happen.’i”

How Risky Is It to Send Jeff Bezos to Space?
Eric Niiler | Wired
“The rich-guy space race between Bezos and Branson (SpaceX’s Elon Musk is the odd man out for now) may convince other well-heeled space tourists who want assurances that a rocket ride is both fun and safe. But experts note that space travel is always risky, even when spacecraft have undergone years of testing. Blue Origin’s flight will be its first launch with human passengers; previous flights have only carried a mannequin. For Virgin Galactic, it will be only the second time the rocket plane has carried people.”

OpenAI Claims to Have Mitigated Bias and Toxicity in GPT-3
Kyle Wiggers | VentureBeat
“In a study published today, OpenAI, the lab best known for its research on large language models, claims it’s discovered a way to improve the ‘behavior’ of language models with respect to ethical, moral, and societal values. The approach, OpenAI says, can give developers the tools to dictate the tone and personality of a model depending on the prompt that the model’s given.”

Neuroscientists Have Discovered a Phenomenon That They Can’t Explain
Ed Yong | The Atlantic
“Put it this way: The neurons that represented the smell of an apple in May and those that represented the same smell in June were as different from each other as those that represent the smells of apples and grass at any one time. …’Scientists are meant to know what’s going on, but in this particular case, we are deeply confused. We expect it to take many years to iron out,’ [said neuroscientists Carl Schoonover].”

Global Banking Regulators Call for Toughest Rules for Cryptocurrencies
Kalyeena Makortoff | The Guardian
“The Basel Committee on Banking Supervision, which consists of regulators from the world’s leading financial centres, is proposing a ‘new conservative prudential treatment’ for crypto-assets that would force banks to put aside enough capital to cover 100% of potential losses. That would be the highest capital requirement of any asset, illustrating that cryptocurrencies and related investments are seen as far more risky and volatile than conventional stocks or bonds.”

DNA Jumps Between Species. Nobody Knows How Often.
Christie Wilcox | Quanta
“Recent studies of a range of animals—other fish, reptiles, birds and mammals—point to a similar conclusion: The lateral inheritance of DNA, once thought to be exclusive to microbes, occurs on branches throughout the tree of life.”

Italy’s Failed Digital Democracy Dream Is a Warning
Michele Barbero | Wired UK
“Aside from the Five Star’s shortcomings and latest woes, however, citizens’ direct participation in party politics by means of digital tools is likely to pick up pace in the near future. ‘We are going to see more and more the use of the internet to delegate powers to party members,’ says D’Alimonte: ‘The internet is changing the functioning of democracy, we are just at the beginning.’i”