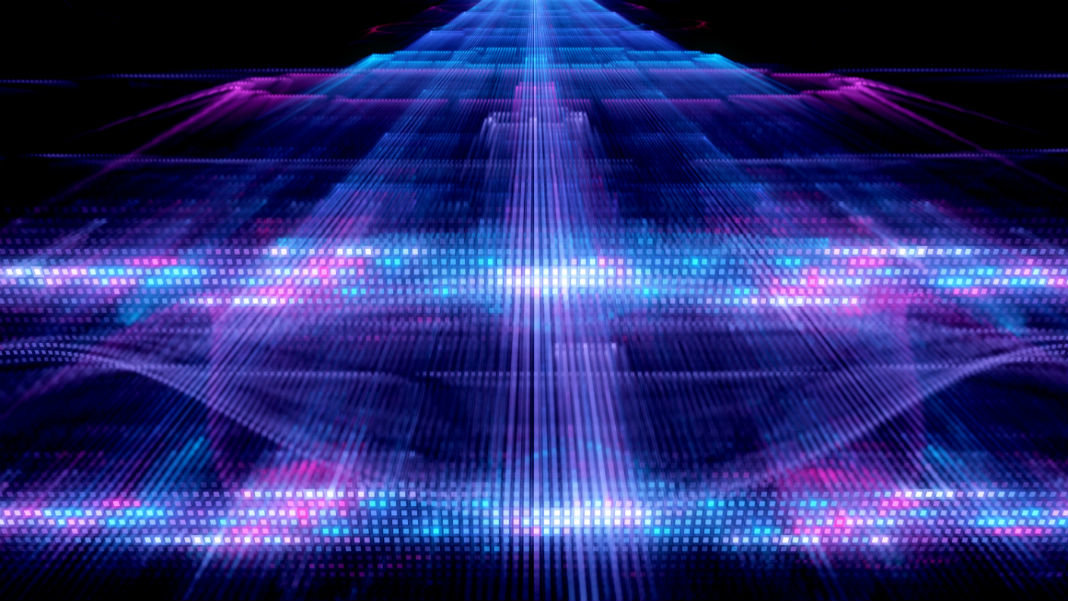 A quantum internet could play a key role in tying together many of the most promising applications for quantum technologies. The main impetus for quantum communication networks today is security, because a feature of messages encoded in quantum states is that reading them changes their content, alerting the receiver to any eavesdropping.

But being able to share quantum states over large distances has other promising applications as well. For a start, it could allow quantum computers in different locations to share data, creating distributed quantum computers much more powerful than their individual components.

It could also make it possible to create instantaneous links between large networks of quantum sensors or atomic clocks, to measure phenomena like gravitational waves in unprecedented resolution or provide ultra-precise timekeeping.

The big problem at the moment is that creating quantum connections over long distances is tough. Now though, researchers from the the Institute of Photonic Sciences in Spain have demonstrated a new kind of quantum memory that could help build repeaters that can greatly extend the range of quantum networks.

Repeaters are a standard piece of telecoms equipment used in conventional communications networks. Because electrical and optical signals gradually dissipate as they pass through cables, repeaters that read the signal and retransmit it are added at regular intervals to ensure the signals don’t lose strength or fidelity.

But the same features that make quantum communication so secure also preclude the use of traditional repeaters, because reading the signal will scramble it. So instead, quantum repeaters will have to rely on entanglement—the phenomenon Einstein dubbed “spooky action at a distance.”

When two particles interact, their quantum states can become entangled so that even when separated by great distances, measuring one will tell you the state of the other. This can be used to transmit quantum information over long distances instantaneously, and if you can chain multiple entanglements together that would serve as an effective way of boosting a quantum signal without having to read and retransmit it.

The challenge is to hold all these delicate quantum states together long enough to get your message across, which is where the memory comes in. If each repeater is able to store an entanglement for a short while, it gives you time to link all stages of the network together.

Last year, Chinese researchers linked together quantum memories 30 miles apart, but they used a gas of rubidium atoms held in place with lasers. The setup had a variety of issues that made it incompatible with standard telecoms networks.

The new setup, reported in Nature, has a number of characteristics that bring it far closer to a practical quantum repeater. For a start, they’ve swapped out the gas cloud for a solid crystal embedded with rare earth elements. The signals can also be transmitted over standard telecoms lines, the entanglement is reliable and measurable, and the memories can hold multiple entanglements at once.

The system works by generating a pair of entangled photons and firing one at the memory and one down an optical fiber. This happens at two identical nodes at either end of the optical fiber. Halfway down the connecting cable is a beamsplitter, which mixes the two messenger photons together in such a way that the information about which node they came from is erased.

These photons are detected as they exit the beamsplitter, and because it’s impossible to tell which node they came from, it’s impossible to tell which memory the photon they were entangled with is in. Under the strange rules of quantum mechanics, this uncertainty means the stored photon is in both memories simultaneously, which results in an entanglement between the two nodes.

In the initial experiments, the two nodes were only separated by 165 feet of optical fiber, though the crystal memories can hold their state for 25 microseconds, which should be enough time to entangle memories up to 3 miles away.

That’s still not very far, and would require a considerable number of complex nodes to propagate a signal any significant distance. But the researchers highlight several potential improvements that could boost storage times, which could increase the distance that could be covered.

While it’s likely to take considerable extra finessing before the technology is ready for real-world demonstrations, this is a big step towards practical devices that will make up a core part of the future quantum internet.