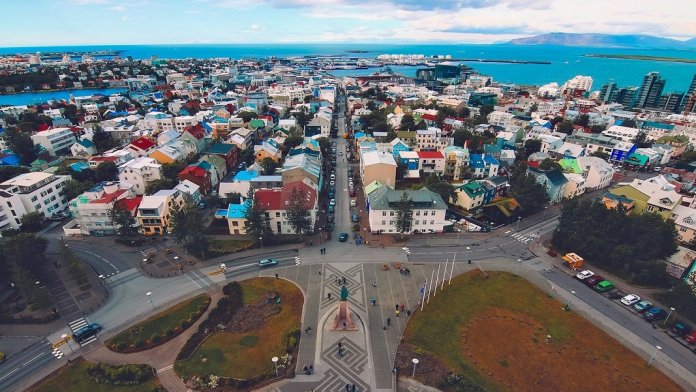 Prior to the Covid-19 pandemic, the idea of working from home was unthinkable to a lot of people. Between time-wasting (and calorie-increasing) temptations like the fridge, couch, or TV, distractions from one’s family or roommates, and the lack of office resources and camaraderie, home was a place for leisure, not labor. But with the trial-by-fire that was the last year and a half, we discovered that it actually is possible to be productive at home.

The new ways of working the pandemic imposed on us have raised lingering questions about when, where, and how we do our jobs; while some companies are coming up with flexible work policies, others want employees back in the office full-time. And on a whole other level of “new ways of working,” companies and governments are experimenting with lopping a day off the work week to see how it affects employee productivity and well-being.

Last week, a report was released detailing two different four-day work week trials carried out in Iceland. Both actually started before the pandemic hit, but have taken on a new significance in the face of the global shakeup in work culture it brought.

When studies on work-life balance ranked Iceland lower than neighboring countries, labor unions and civil society groups there started to campaign for change, which was part of what spurred the four-day work week experiment.

Contrary to what you’d probably guess, the employees who participated in the trial weren’t all desk jockeys—in fact, many of them worked in roles with a high level of person-to-person interaction. Employees of day cares, assisted living facilities, hospitals, museums, police stations, and Reykjavik government offices all got to try out a shortened week. Over 2,500 workers were involved, which is more than 1 percent of Iceland’s total working population.

Most participants didn’t go all the way down to a 32-hour week, but rather 35 hours. The five hours of time saved came from reducing or eliminating meetings, changing shift plans, and simply being more productive during the workday.

“Simply being more productive” sounds too simplistic; if it was that easy, wouldn’t we all be doing it every day?

The fact is, no one works for eight hours straight, five days a week. While most of us don’t quite get to the level of Office Space’s Peter Gibbons, (who when asked how he spends his workday, reveals that he only does “about 15 minutes of real, actual work” in a given week), we all take breaks, mess around online, and yes, occasionally just stare mindlessly into space for a while.

Put another way, we tend to adapt the work we have to the amount of time we have to do it. Just have one report to write on a given Wednesday, and nothing else? You’ll either get that report done in an hour then get ahead for the following day or week, or, more likely, you’ll stretch that hour’s worth of work over the entire day, taking breaks, digging into the numbers in a bit more detail, chatting with coworkers at the water cooler, doing some online shopping…

Conversely, ever notice how when you have tons to do, it can get done in a surprisingly short amount of time? Say, six of those same reports plus two meetings and some emails, all in the same eight-hour day? You go into a sort of hyper-focus mode, cutting yourself off when you start overthinking something and pushing away potential distractions and time-wasters. It may be a little more stressful, but at the end of the day, voilà—it’s all done, and done well.

So why not put that hyper-focus mode to work for us four days a week, and take the fifth day off?

Doing so seemed to work out pretty well for Icelanders. Participants in the trials reported decreases in stress and increases in energy levels, which in turn brought improved focus and higher productivity to their work. People also felt more support from colleagues, more independence and control over their pace of work, and less conflict between their work and home lives.

Gender equity got a boost, too—men in heterosexual relationships reported taking on more responsibilities around the house and dividing domestic labor more evenly with their female partners. Finally, managers reported that employee morale was better, with productivity levels maintained if not improved.

The reality seems to be that with less time for work, people are likely not to work less, but to waste less time. Organizations in Iceland have responded accordingly: 86 percent of the country’s working population has now either moved to a shorter work week, or been given the option to negotiate one.

There are a couple caveats to keep in mind when thinking about how these results could apply in other countries. For starters, Iceland is tiny; its total population is around 343,000. The US is more than 900 times larger, with over 332 million people. Iceland is also one of the most equitable societies in the world, with a Gini coefficient of 26.8 (as compared to 41.1 in the US). Higher inequality in the nature of work and its compensation would likely make it harder to broadly implement a four-day work week.

But doing so could be good practice for the future. If, as techno-optimists predict, automation and AI are going to liberate us from the drudgery of work and bestow oodles of free time upon us, we may as well start learning to use that time well, whether that means doing something productive with it or simply enjoying ourselves.

It’s uncertain how many other countries will follow Iceland’s lead, but as reported last month in The Atlantic, the wheels are in motion for trials in Spain and Scotland, and Japan and New Zealand may not be far behind.

The report on Iceland’s experiment is nothing but encouraging, concluding that a shortened work week should be “a powerful, desirable, and viable policy across contemporary advanced economies.”

In other words, you should probably stop reading this article and get back to work now. Maybe today you can shut your computer down an hour earlier than usual.