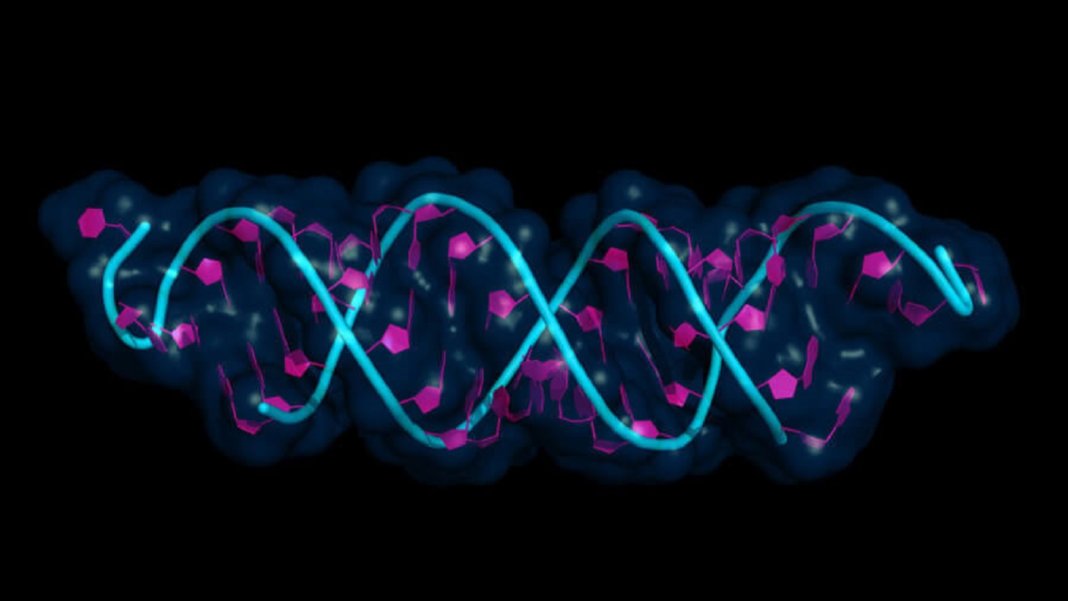 The dose makes the poison.

That’s the central tenet of pharmacology. Even salt can kill you if you take too little or too much. The one transformative treatment that hasn’t followed this rule? Gene therapy.

It’s not that gene therapy was designed to be a rule-breaker, but until now, scientists haven’t been able to effectively control its strength. Once unleashed into the body, the treatment replaces a defective gene with a healthy one, allowing the body to produce functional proteins. But sometimes the level of those proteins are too low—essentially nixing any therapeutic effects—and other times too high, poisoning the cells they’re supposed to treat.

Last week, scientists finally gained control of the technology with a genius strategy. A team from the Children’s Hospital of Philadelphia (CHOP) tapped into a natural process during gene expression—when genes make proteins—and hijacked it to make a “dimmer” that controls the strength of potentially any gene therapy.

Dubbed Xon, the on switch is easy: just pop a simple drug, one that’s already in later-stage clinical trials. The drug then works with the team’s custom-designed switch to turn on the therapy throughout the body—the larger the dose, the stronger the gene expression. As the body metabolizes the drug, the dimmer gradually turns off the treatment. Need more protein? Take another pill.

In mice, the team fine-tuned the expression of proteins that help treat anemia in chronic kidney disease, upped the level of a protein that protects against a type of dementia, and controlled the strength of CRISPR for editing genes in the liver.

The Ins and Outs of Genetic Medicine

I like to think of gene therapy as a spaceship carrying our genetic code.

Most gene therapies have two components. First is the spaceship, which is usually a type of genetically engineered virus. These viruses can’t cause disease in humans, but can still invade our cells, which allows them to bring in the second component: the payload. Much of gene therapy has focused on developing these spaceships so that they dock on the correct cell type without triggering an immune attack.

The payload is a circular piece of DNA, a vector, that encodes the healthy gene and other regulatory components—the latter are essentially translators that communicate with the host cell to turn the genetic code into proteins. Think of the vector as a circle of Lego blocks, with a string in the middle to tie them all together. Each Lego block is a gene or a “translator” component. Depending on the genetic disease, we can then swap out those Legos for others—pretty much plug-and-play.

Once inside the cell, the vector does its magic. It basically cajoles the cell into pumping out proteins it doesn’t usually make—ones that can override mutated or deficient ones. Its DNA is translated into a messenger, RNA, which carries the information to the cell’s protein-making factory.

The team’s spark of genius? They realized that they could hijack this step—DNA to RNA—to make a custom dimmer switch for the entire process.

RNA doesn’t come fully formed. Its first version, pre-RNA, faithfully translates DNA—including genetic code that makes proteins, but also junk letters without any meaning. The cell then snips out these extraneous bits, leaving only exons to form mature RNA that can make proteins. A single gene can have multiple exons. During these nip-tucks, depending on what parts gets snipped out, one RNA strand can produce multiple variations of proteins, or sometimes none at all.

Head spinning? Think of RNA as a long string of Scrabble blocks, with some portions forming protein “words.” Depending on which blocks you take out, you can get multiple words, or complete gibberish.

This process, alternative splicing, is what the team latched onto. Using a technique called RNA sequencing, which looks at all the RNA molecules at one time in the cell, they found one that only spliced to make a protein in the presence of a drug, LMI070 (catchy, I know). Add in the drug, and the RNA scrabble letters reassemble to make proteins. Without the drug they make nonsense, which is quickly scrapped by the cell.

With a series of tests in both Petri dishes and mice, the team next validated their new gene therapy Lego block.

In one test, they added a gene for erythropoietin (Epo), which helps to treat anemia (or a lack of healthy red blood cells that carry oxygen) and often comes with chronic kidney disease. After injecting the gene therapy vector—carrying the dimmer—into mice through their bloodstream, the team gave them the drug. With just one pill, the level of the therapeutic protein shot up. A lower dose increased the protein 25-fold; quadrupling the dose boosted the protein to 10-fold. The treatment increased the percentage of red blood cells in the mice’s blood, which is a sign of treating anemia.

“The dose of a drug can determine how high you want expression to be,” said Davidson.

Many chronic illnesses, such as kidney disease, need long-term treatments. Because levels of Epo gradually lowered after the first dose, the team re-treated the mice with a second dose. The protein levels rocketed right back up, showing that it’s possible to maintain the gene therapy—and stop it when it’s no longer needed.

In another test, the team showed that Xon could trigger protective proteins in the brain against frontotemporal dementia, a type of dementia that affects the front and sides of the brain. Normally, the blood-brain barrier—a barrier of cells between brain cells and blood—keeps drugs and other therapies away. Here, Xon worked like magic. When packaged into a slightly different virus, the system waltzed into the brain after being injected into the bloodstream.

As did the drug. Within 24 hours after the mice lapped up the chemical, their brains amped up the level of the protective protein throughout. But what’s critical, the authors said, is that the levels were lower—and much safer—than previous gene therapy attempts without the dimmer. Xon was able to control the level of the protein to a therapeutic degree without triggering a serious immune response in the brain.

Therapeutics aside, Xon can also fine-tune some of our wildest biological tools yet—CRISPR and CAR-T.

In one test, the team made a mini version of Xon to control the activity of Cas9, the “scissor” component of CRISPR. Similar to gene therapy, CRISPR goes on a gene-editing rampage once injected inside the body. In mice, Xon was able to tame the tool so that it only edited its target gene after the mice were given the drug.

“CRISPR-based treatments will benefit” from these switches, the authors wrote. Short bursts of genetic editing, compared to the always-on system we have now, could potentially limit side effects. For treating chronic conditions, having a switch could also limit any immune response against the gene editing tool.

Similarly, adding Xon to CAR-T could give the breakthrough cancer treatment even broader impact. CAR-T takes immune system T cells from a patient’s body, genetically engineers them to better target a certain type of cancer, and infuses them back into the body. While a medical breakthrough, CAR-T has been plagued by immune side effects. A “dimmer” for the therapy could give T cells a rest, potentially dampening unwanted reactions.

“We anticipate that this system could be adapted to any biological question or application in which the fine control of [protein] expression is desired,” the authors wrote.