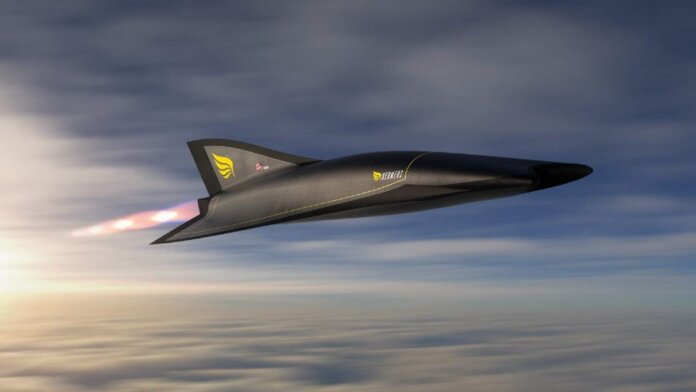 Last week, NASA released a timelapse video showing construction of a supersonic jet called the X-59 Quiet SuperSonic Technology (QueSST or “son of Concorde” for short). The experimental aircraft is designed to fly faster than the speed of sound without producing the telltale sonic booms that were part of what led to the Concorde being retired back in 2003.

Now there’s an even faster plane under development. Atlanta-based aerospace startup Hermeus just announced a $60 million contract with the US Air Force to flight test the company’s Quarterhorse, a hypersonic aircraft that can fly at Mach 5 speeds. That’s over 3,000 miles per hour, a speed that could deliver passengers from the eastern US to western Europe in 90 minutes.

Development of the aircraft isn’t focused solely around military use; Hermeus is intent on bringing innovation to commercial flight, too. “While this partnership with the US Air Force underscores US Department of Defense interest in hypersonic aircraft, when paired with Hermeus’ partnership with NASA announced in February 2021, it is clear that there are both commercial and defense applications for what we’re building,” said Hermeus CEO and co-founder AJ Piplica.

Quarterhorse uses the company’s turbine-based combined cycle (TBCC) engine, which is modeled after GE’s small single-shaft J85 turbojet engine. The TBCC uses a conventional turbojet to get the plane up to a high speed, but then a simpler air-breathing engine takes over. As shown in the depiction of the Quarterhorse’s engine layout, the engine uses the plane’s forward motion to draw in air.

Hermeus did ground testing of its TBCC engine in 2020 after raising $16 million. The company plans to cut costs of testing via autonomous technology and reusable systems, vertical integration, and being “hardware-rich.”

When the flight test campaign is complete, Quarterhorse will be the fastest reusable aircraft in the world—and it’s just the first in a series of autonomous high-speed aircraft the company plans to develop.

Hermeus was founded in 2018 and is venture-backed. Piplica previously worked on hypersonic flight testing at Generation Orbit, and other members of the team came from Blue Origin and SpaceX.

Given the dire outlook issued this week in a report by the Intergovernmental Panel on Climate Change (IPCC), the future of air travel seems tenuous. We’re certainly not going to go back to riding boats across oceans, and fully-electric aircraft are still decades away—but with its high emissions, air travel will come under increasing scrutiny in the next few years, and there will be pressure to minimize flight as a mode of transportation.

If anti-flight sentiment picks up speed (pun intended), it will be hard to justify going from New York to London in 90 minutes on a commercial flight. However, the military applications of hypersonic flight mean testing and development of the technology isn’t going away anytime soon.