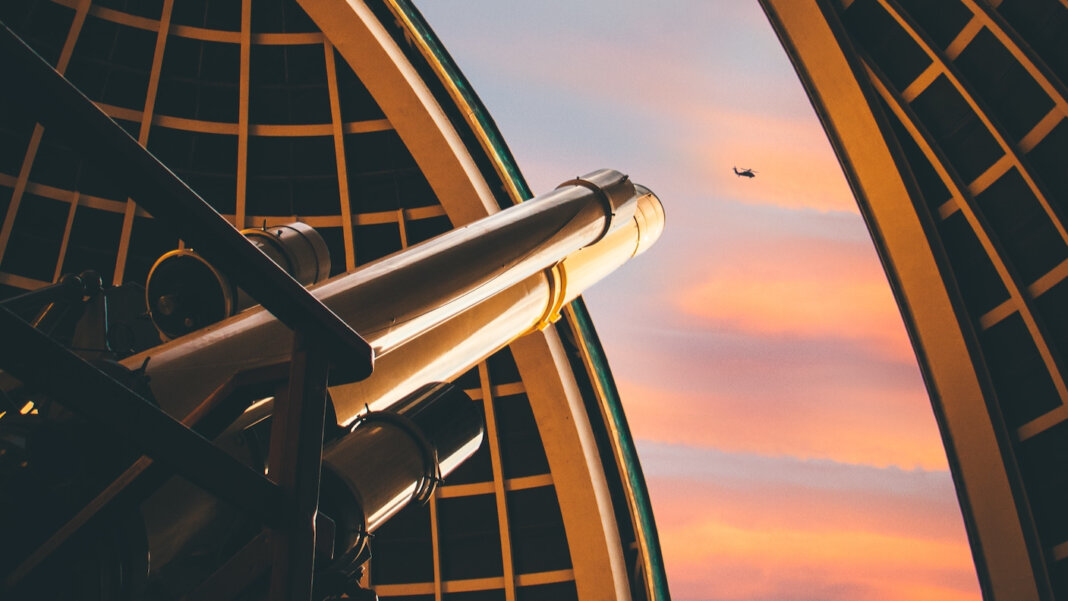 Laser Fusion Experiment Unleashes an Energetic Burst of Optimism
Kenneth Chang | The New York Times
“Researchers at Lawrence Livermore National Laboratory reported on Tuesday that by using 192 gigantic lasers to annihilate a pellet of hydrogen, they were able to ignite a burst of more than 10 quadrillion watts of fusion power—energy released when hydrogen atoms are fused into helium, the same process that occurs within stars.”

Lab-Grown Mini Brains Develop Basic Eyes That Can See
Michael Irving | New Atlas
“[The optic cups] grew symmetrically at the front of the mini-brain, giving the organoid a striking visage. But most importantly, these optic cups were functional. They contained a diverse range of retinal cell types, which formed neuronal networks that actually responded to light and sent those signals into the brain. Lens and cornea tissue was also formed.”

How the World Already Prevented Far Worse Warming This Century
James Temple | MIT Technology Review
“The Montreal Protocol was designed to heal the ozone layer. It may have also fended off several degrees of warming—and a collapse of forests and croplands. …It was a landmark achievement, the most successful example of nations pulling together in the face of a complex, collective threat to the environment.”

Politicians Need to Pay Attention to Existential Risks
Toby Ord and Angus Mercer | Wired UK
“With the detonation of the first atomic bomb in 1945, a new age of humanity began. Our rising power finally reached the point where we could destroy ourselves—the first point at which the risks to humanity from within exceeded the risks from the natural world. These extreme risks—high-impact threats with global reach—define our time. They range from global tragedies such as Covid-19, to existential risks which could lead to human extinction.”

Saturn’s Insides Are Sloshing Around
Neel V. Patel | MIT Technology Review
“With its massive rings stretching out 175,000 miles in diameter, Saturn is a one-of-a-kind planet in the solar system. Turns out its insides are pretty unique as well. A new study published in Nature Astronomy on Monday suggests the sixth planet from the sun has a ‘fuzzy’ core that jiggles around.”

Tougher Rules Are Coming for Bitcoin and Other Cryptocurrencies. Here’s What to Know
David Gura | NPR
“For many people, cryptocurrencies like Bitcoin are part of an exciting and lucrative new financial frontier. But for the country’s top market watchdog, Gary Gensler, they seem ‘like the Wild West’—and he’s promising a crackdown. …The process is still at the very beginning, but here’s what to know.”

Animals Count and Use Zero. How Far Does Their Number Sense Go?
Jordana Cepelewicz | Wired
“An understanding of numbers is often viewed as a distinctly human faculty—a hallmark of our intelligence that, along with language, sets us apart from all other animals. But that couldn’t be further from the truth. …Practically every animal that scientists have studied—insects and cephalopods, amphibians and reptiles, birds and mammals—can distinguish between different numbers of objects in a set or sounds in a sequence.”