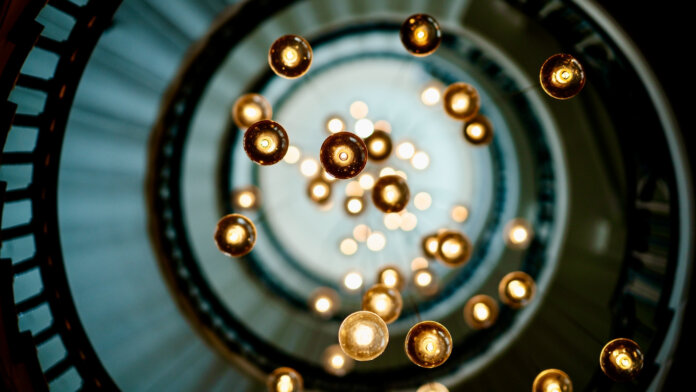 What Would It Be Like to Be a Conscious AI? We May Never Know
Will Douglas Heaven | MIT Technology Review
“It’s possible that one day there could be as many forms of consciousness as there are types of AI. But we will never know what it is like to be these machines, any more than we know what it is like to be an octopus or a bat or even another person. There may be forms of consciousness we don’t recognize for what they are because they are so radically different from what we are used to.”

Mojo Vision Crams Its Contact Lens With AR Display, Processor and Wireless Tech
Stephen Shankland | CNET
“A sci-fi vision is coming into focus. On Tuesday, startup Mojo Vision detailed its progress on a tiny AR display it embeds in contact lenses, providing a digital layer of information superimposed on what you see in the real world. …’We have got this almost working. It’s very, very close,’ said Chief Technology Officer Mike Wiemer, detailing the design at the Hot Chips processor conference. Prototypes have passed toxicology tests, and Mojo expects a fully featured prototype this year.”

People Are Hiring Out Their Faces to Become Deepfake-Style Marketing Clones
Will Douglas Heaven | MIT Technology Review
“AI-powered characters based on real people can star in thousands of videos and say anything, in any language. …Hour One is not the only company taking deepfake tech mainstream, using it to produce mash-ups of real footage and AI-generated video. Some have used professional actors to add life to deepfaked personas. But Hour One doesn’t ask for any particular skills. You just need to be willing to hand over the rights to your face.”

Astronomers Identify a New Type of Planet That Could Harbor Life
George Dvorsky | Gizmodo
“Aliens, should they exist, likely inhabit rocky planets like ours, but new research proposes an entirely new type of habitable world—one that scarcely resembles Earth. …This type of planet does not exist in our solar system, but they’re actually quite plentiful in the galaxy. They’re basically what you might expect if Earth and Neptune had a baby: Hycean planets are big and very warm, they’ve got atmospheres filled with hydrogen, and they’re covered in a massive planet-wide ocean.”

Waymo Expands to San Francisco With Public Self-Driving Test
Ron Amadeo | Ars Technica
“Waymo is finally thinking about expanding. The Alphabet self-driving car division has been running an impressive self-driving ride-hailing service for almost a year now, but only in a small suburb outside of Phoenix, Arizona. Now, the company is expanding commercial service to San Francisco, starting with a ‘trusted tester’ rollout.”

Alphabet’s Drone Delivery Service Wing Hits 100,000 Deliveries Milestone
James Vincent | The Verge
“Wing, the drone delivery company operated by Google-parent Alphabet, is about to rack up 100,000 deliveries. The company says it will pass the threshold in the next few days, a significant milestone for a technology that has nevertheless yet to prove its utility at scale. …Wing’s success, though, hints that one future for drone deliveries might lie in the suburbs.”

This Barnacle-Inspired Glue Seals Bleeding Organs in Seconds
Max G. Levy | Wired
“In a study published this month in Nature Biomedical Engineering, [MIT engineer Hyunwoo Yuk’s] team demonstrated how this arthropod-like glue can stop bleeding in seconds. In the experiment, Yuk treated rats with bleeding heart and liver injuries with products typically used by surgeons. No dice—the bleeding continued. On others, he squeezed on the lab’s oily paste. ‘Exactly the same injury could be sealed in just 10 seconds or so,’ he says.”