China’s Cracking Down on Kids’ Screen Time, and the Implications Could Be Far-Reaching 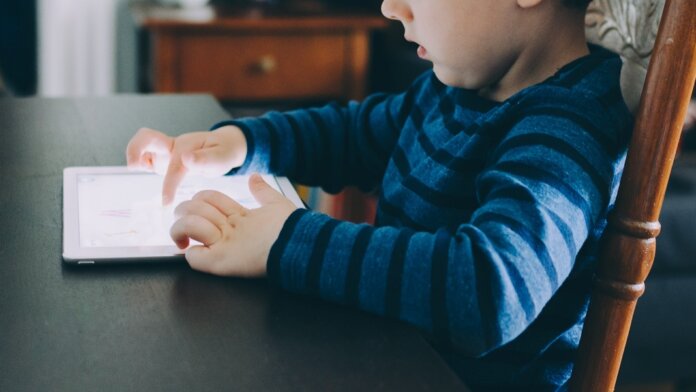 Screens are taking over our lives. According to market research firm eMarketer, in 2020 adults in the US spent an average of 7 hours and 50 minutes per day looking at screens. That total is likely much higher for desk workers, who look at their computers during the work day then look at their phones or TVs in the evening.

Screen time is bad enough for adults, but what about kids? Video games, social media, show streaming, and messaging have all become common activities not just for teens, but for children too, and the impacts often aren’t positive. Two weeks ago, for example, the Wall Street Journal broke the story that Facebook has downplayed findings from its own research on the ill effects of its platforms (namely Instagram) on teenage girls. Rates of depression, anxiety, and eating disorders among adolescents and adults are on the rise.

In the US, it’s mostly up to parents to restrict or control their kids’ screen time and social media usage. But the degree to which parents try to limit these activities (and succeed at doing so) varies widely.

In China, it’s a different story. Forget parents—the government has taken matters into its own hands and is seeing to it that kids don’t while away their time (and their young developing brains) on worthless screen-centered activities.

At the end of August, China’s National Press and Publication Administration implemented new rules restricting the amount of time that minors (defined here as under age 18) can spend playing video games, slashing the limit to one hour per day on weekends and holidays. The previous limit, set in 2019, was 3 hours on holidays and 1.5 hours on other days.

Two weeks ago, ByteDance Ltd., which owns TikTok and its Chinese version Douyin, followed suit, implementing restrictions for users under 14. The app’s new “youth mode” allows kids and teens to be on the platform for up to 40 minutes a day total, and only between the hours of 6am and 10pm.

“Adolescents are the future of the motherland, and protecting the physical and mental health of minors is related to the vital interests of masses, and in cultivating newcomers in the era of national rejuvenation,” the Press and Publications Administration said in a statement. In other words, the youth are the future, and if we let screens and social media turn their brains to mush while they’re young, the future’s not going to be very bright.

The restrictions come amid growing geopolitical tensions between China and the US, and crackdowns by the Chinese government over various sectors of the economy, from big tech to education to ride-hailing and real estate.

Limiting kids’ screen time may not appear to be connected to China’s geopolitical ambitions, but considering the longer-term implications of these policies says otherwise. All else being equal, which country is more likely to produce a generation of great leaders, innovators, scientists, businesspeople, creatives, and the like: one where clear rules (and a cultural stigma) around screens force kids to spend time on more productive activities and curb the negative effects of screens on their mental health—or one where kids spend hours each day immersed in virtual worlds, distracting them from real-life activities and wearing down their self-esteem, focus, and social skills in the process?

Of course, not all else is equal between China and the US. Though both nations are global powerhouses, they’re worlds apart in terms of culture, government, education systems, and social norms, to name just a few.

It’s not unreasonable to think that government restrictions on kids’ screen time could help make China’s next generation more capable than America’s. But for one, it’s uncertain how strictly the time limits will be enforced. Douyin and gaming platforms will require name and age verification, and some gaming platforms will do periodic facial recognition checks on players. Tao Ran, who directs Beijing’s Adolescent Psychological Development Base, estimated that around 20 percent of kids will find a way to circumvent the restrictions. “Some minors are too smart, if you have a system in place to restrict them from gaming they will try to beat the system by borrowing accounts of their older relatives and find a way around facial recognition,” Tao said.

Lastly, even if these restrictions contribute to giving Chinese youth a competitive edge in the future, it may be hard to pull ahead of the US in terms of fostering innovation, as Oxford fellows Carl Frey and Michael Osborne argued in a Foreign Affairs piece last year.

Tellingly, ByteDance is pushing educational material in Douyin’s youth mode, including “interesting popular science experiments, exhibitions in museums and galleries, beautiful scenery across the country… [and] explanations of historical knowledge.”

Not a Bad Idea

While Americans may not feel threatened by China’s screen time restrictions for young people, perhaps they should serve as an example, or a kick in the pants—for parents, regulators, app makers, and anyone who feels that screen time and social media are having a detrimental effect on their lives.

As detailed in the 2020 docu-drama The Social Dilemma, social media gets people “hooked” by exploiting the brain’s dopamine response and serving up customized content to keep us scrolling, watching, and clicking. Psychiatrist Anna Lembke’s new book Dopamine Nation warns against the ills of this sort of addiction, encouraging people to resist “compulsive overconsumption” and “immerse yourself fully in the life that you’ve been given.”

We shouldn’t need government regulations to do this, and our kids most definitely shouldn’t either.