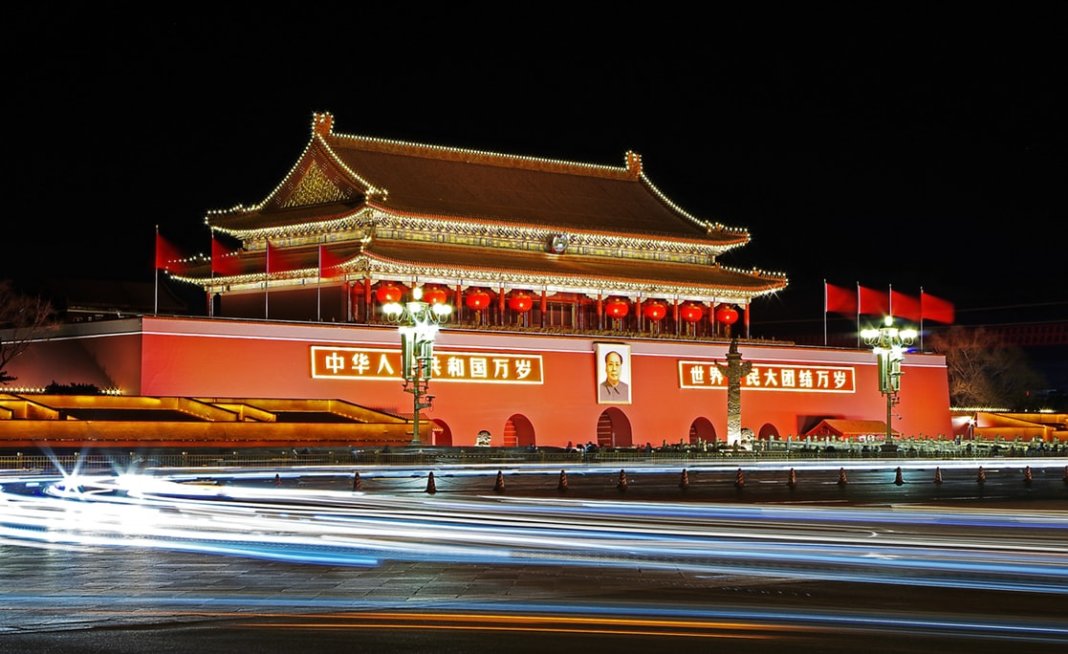 Governments around the world are rushing to keep up with emerging technologies. No one wants to be left behind as more industries and facets of life are impacted by the transition from analogue to digital, manual to automated, and authentic to synthetic.

One of the countries at the front of the pack is China. Its government is aiming to lead the world in AI by 2030. Tech giants Baidu, Alibaba, and Tencent are rivaled in size and clout only by the likes of Amazon and Google. It’s pouring huge amounts of venture capital into tech. And its scientists are moving forward with gene editing even as other countries grapple with its ethical concerns.

This all points to likely success for China as a tech superpower. But as it moves swiftly into the future, it can be easy to forget that, in terms of development, much of the world’s most populous country hasn’t yet left the past behind.

A Narrowed (But Still Present) Gap

Last week world leaders convened in New York for the 74th session of the UN General Assembly, which included a summit on the Sustainable Development Goals (SDGs). Much of the focus for the SDGs falls on the African continent, home to the countries with the highest poverty rates—and highest birth rates—in the world. Having reduced its extreme poverty rate from 88 percent in 1981 to less than 2 percent in 2013—in what’s been aptly dubbed the Chinese Miracle—China doesn’t get mentioned as often in global development conversations anymore.

But it’s still an important player in the field, not least because of its massive population, which at nearly 1.5 billion outnumbers all African countries put together. Its size gives it a huge weight in overall global statistics, and we should still be keeping close tabs on its progress.

In a recent paper published in Science Advances, a research team examined regional divisions, gaps between urban and rural populations, social inequality, and other factors to evaluate where China’s development progress measures up and where it’s falling short.

Even in the world’s richest countries, wealth is by no means evenly distributed across geographic lines. 2018 average per capita income in the US, for example, was $74,561 in Connecticut—and $37,994 in Mississippi. People who live in or near big cities tend to have greater access to opportunity and wealth creation.

China is no exception; significant gaps exist between coastal and inland regions and between urban and rural areas, not just in wealth and employment, but also in access to education and healthcare. According to the paper, though these gaps have narrowed, they haven’t yet closed.

The widest gap is in education between urban and rural areas. The good news is that across the board, people are getting more years of education—but urbanites are still getting 3 more years on average and are 7 times more likely to go to college.

The figures for healthcare are less stark. The infant mortality rate as of 2016 was 0.4 percent in urban areas and 0.9 percent in rural areas. The disparity in maternal mortality has disappeared, standing at 2 per million across the board.

Rural residents’ overall mortality rate used to be almost double that of urbanites, but there’s been a leveling effect with the explosive growth of Chinese cities. While moving to cities has upped peoples’ incomes and educational attainment, it’s also exposed them to the ills of urban living—namely, more pollution, less cardiovascular activity, and a less healthy diet, all contributing to higher rates of illnesses like cancer and heart disease.

It’s important to note that while the paper details death and disease rates, it doesn’t include information about access to care or quality of care, which are more indicative of equity.

China’s urban migration between 1988–2015 was so massive that it’s been called not just the biggest human exodus in history, but the biggest migration of any type of mammal. A 2015 estimate put the number of migrant workers at 277 million. According to the paper, both urban and rural incomes increased more than 10-fold since the early 1990s—but the income gap increased even more. Factory and office workers in cities make on average three times more than agricultural workers in the countryside, and people working in coastal areas have by far the highest per capita disposable incomes.

A Miracle Winds Down

While millions in China are no longer extremely poor, millions are still poor; 43 million people were estimated to be living below the poverty line in 2018. The government’s main strategy in its declared war on poverty consists of moving rural residents to cities. But big cities are already sprawling and overcrowded, and plunking farmers down in high-rise apartments doesn’t guarantee a better life, especially if they don’t have the skills to get a city job.

The conditions that enabled the Chinese Miracle—an authoritarian government, a huge working-age population, and population control via the one-child policy—can only keep on giving for so long. In particular, the working population is aging, and as millions of workers approach retirement, the ranks available to take their place—and to fund the country’s pension system—aren’t as plentiful.

In short, China is approaching a fascinating (and potentially treacherous) inflection point. In the wake of its incredible 30 years, its path to sustained progress will likely be more complex. If it’s going to produce a second miracle and eradicate poverty across the country, its commitment to becoming a tech superpower may be an apt starting point. And its lax approach to privacy and the powerful tools already in place to collect data on multiple aspects of its citizens’ lives will give China a technological edge over its Western counterparts.

Whether China’s ambitions will pan out remains to be seen, but it’s got its work cut out for it on multiple fronts.

For one, its economic growth has come with a hefty environmental price tag. As the paper put it, growth “has been achieved at the expense of natural resources and the environment, which has led to excessive emissions including wastewater, waste gas, solid waste, and carbon dioxide that extended from the developed east region to the undeveloped west region.” Though it’s already begun to take drastic measures to improve its environmental record—and safeguard the health of its land and people—China’s size and clout mean it should be aiming to be a world leader in caring for the planet, rather than reactively combating an abysmal environmental record.

Its human rights record also leaves much to be desired. International outcry has grown over the CCP’s treatment of Uighurs in the north-west Xinjiang province, and tensions have been building for months in Hong Kong. On the business side, a trade war with the US has escalated, and telecoms giant Huawei was banned from US communications networks in May (though there’s since been a reprieve).

China has set its sights high, and the hurdles it will have to clear to reach its goals aren’t small. A country that can reduce poverty by 86 percent in 30 years has some experience solving tough problems—but unlike 30 years ago, China is now at the center of the world stage, and the world should thus hold it to a high standard. We’ll soon see if it has another miracle up its sleeve.