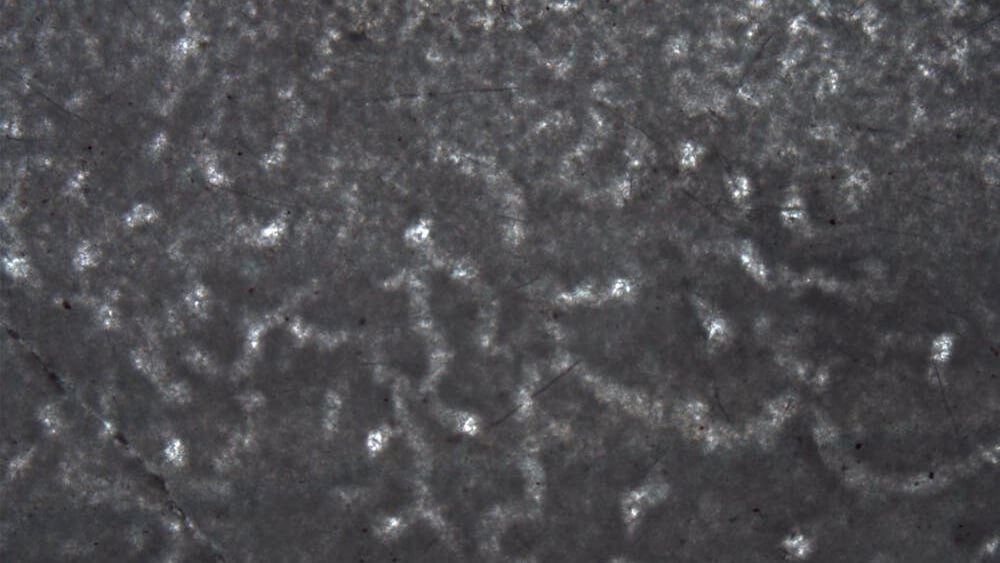 Ever wonder how and when animals swanned onto the evolutionary stage? When, where, and why did animals first appear? What were they like?

Life has existed for much of Earth’s 4.5-billion-year history, but for most of that time it consisted exclusively of bacteria.

Although scientists have been investigating the evidence of biological evolution for over a century, some parts of the fossil record remain maddeningly enigmatic, and finding evidence of Earth’s earliest animals has been particularly challenging.

Information about evolutionary events hundreds of millions of years ago is mainly gleaned from fossils. Familiar fossils are shells, exoskeletons and bones that organisms make while alive. These so-called “hard parts” first appear in rocks deposited during the Cambrian explosion, slightly less than 540 million years ago.

The seemingly sudden appearance of diverse, complex animals, many with hard parts, implies that there was a preceding interval during which early soft-bodied animals with no hard parts evolved from simpler animals. Unfortunately, until now, possible evidence of fossil animals in the interval of “hidden” evolution has been very rare and difficult to understand, leaving the timing and nature of evolutionary events unclear.

This conundrum, known as Darwin’s dilemma, remains tantalizing and unresolved 160 years after the publication of On the Origin of Species.

There is indirect evidence regarding how and when animals may have appeared. Animals by definition ingest pre-existing organic matter, and their metabolisms require a certain level of ambient oxygen. It has been assumed that animals could not appear, or at least not diversify, until after a major oxygen increase in the Neoproterozoic Era, sometime between 815 and 540 million years ago, resulting from accumulation of oxygen produced by photosynthesizing cyanobacteria, also known as blue-green algae.

It is widely accepted that sponges are the most basic animal in the animal evolutionary tree and therefore probably were first to appear. Yes, sponges are animals: they use oxygen and feed by sucking water containing organic matter through their bodies. The earliest animals were probably sponge-related (the “sponge-first” hypothesis),
and may have emerged hundreds of millions of years prior to the Cambrian, as suggested by a genetic method called molecular phylogeny, which analyzes genetic differences.

Based on these reasonable assumptions, sponges may have existed as much as 900 million years ago. So, why have we not found fossil evidence of sponges in rocks from those hundreds of millions of intervening years?

Part of the answer to this question is that sponges do not have standard hard parts (shells, bones). Although some sponges have an internal skeleton made of microscopic mineralized rods called spicules, no convincing spicules have been found in rocks dating from the interval of hidden early animal evolution. However, some sponge types
have a skeleton made of tough protein fibers called spongin, forming a distinctive, microscopic, three-dimensional meshwork, identical to a bath sponge.

Work on modern and fossil sponges has shown that these sponges can be preserved in the rock record when their soft tissue is calcified during decay. If the calcified mass hardens around spongin fibers before they too decay, a distinctive microscopic meshwork of complexly branching tubes results appears in the rock. The branching configuration is unlike that of algae, bacteria, or fungi, and is well known from limestones younger than 540 million years.

I am a geologist and paleobiologist who works on very old limestone. Recently, I described this exact microstructure in 890-million-year-old rocks from northern Canada, proposing that it could be evidence of sponges that are several hundred million years older than the next-youngest uncontested sponge fossil.

Although my proposal may initially seem outrageous, it is consistent with predictions and assumptions that are common in the paleontological community: the new material seems to validate an extrapolated timeline and a predicted identity for early animals that are already widely accepted.

If these are indeed sponge fossils, animal evolution can be pushed back by several hundred million years.

The early possible sponges that I describe lived with localized cyanobacterial communities that produced oxygen oases in an otherwise low-oxygen world, prior to the Neoproterozoic oxygenation event. These early sponges may have continued living in similar environments, possibly unchanged and unchallenged by evolutionary pressure, for up to several hundred million years, before more diverse animals emerged.

The existence of 890-million-year-old animals would also indicate that biological evolution was not substantially affected by the controversial Cryogenian glacial episodes—so-called “snowball Earth”—that began around 720 million years ago.

My unusual fossil material may provide a new perspective on Darwin’s dilemma. However, radical new ideas are generally not fully accepted by the scientific community without vigorous discussion; I expect lively controversy to ensue. At some point, probably years in the future, a consensus may develop based on further work. Until then, enjoy the debate!

The First Continents Bobbed to the Surface More Than Three Billion Years Ago, Study Shows