New Optical Switch Is Up to 1,000 Times Faster Than Silicon Transistors 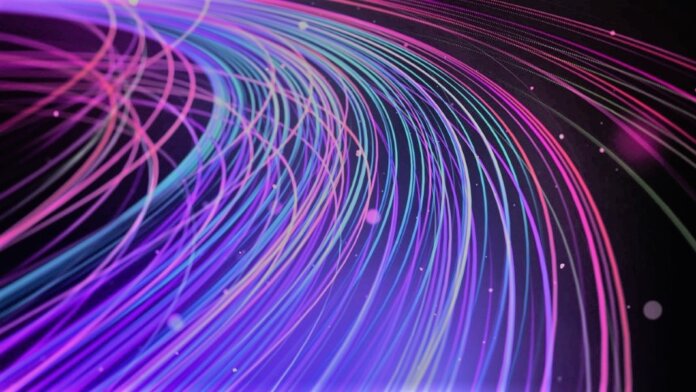 As Moore’s Law slows, people are starting to look for alternatives to the silicon chips we’ve long been reliant on. A new optical switch up to 1,000 times faster than normal transistors could one day form the basis of new computers that use light rather than electricity.

The attraction of optical computing is obvious. Unlike the electrons that modern computers rely on, photons travel at the speed of light, and a computer that uses them to process information could theoretically be much faster than one that uses electronics.

The bulkiness of conventional optical equipment long stymied the idea, but in recent years the field of photonics has rapidly improved our ability to produce miniaturized optical components using many of the same techniques as the semiconductor industry.

This has not only led to a revived interest in optical computing, but could also have significant impact for the optical communications systems used to shuttle information around in data centers, supercomputers, and the internet.

Now, researchers from IBM and the Skolkovo Institute of Science and Technology in Russia have created an optical switch—a critical component in many photonic devices—that is both incredibly fast and energy-efficient.

It consists of a 35-nanometer-wide film made out of an organic semiconductor sandwiched between two mirrors that create a microcavity, which keeps light trapped inside. When a bright “pump” laser is shone onto the device, photons from its beam couple with the material to create a conglomeration of quasiparticles known as a Bose-Einstein condensate, a collection of particles that behaves like a single atom.

A second weaker laser can be used to switch the condensate between two levels with different numbers of quasiparticles. The level with more particles represents the “on” state of a transistor, while the one with fewer represents the “off” state.

What’s most promising about the new device, described in a paper in Nature, is that it can be switched between its two states a trillion times a second, which is somewhere between 100 and 1,000 times faster than today’s leading commercial transistors. It can also be switched by just a single photon, which means it requires far less energy to drive than a transistor.

Other optical switching devices with similar sensitivity have been created before, but they need to be kept at cryogenic temperatures, which severely limits their practicality. In contrast, this new device operates at room temperature.

There’s still a very long way to go until the technology appears in general-purpose optical computers, though, study senior author Pavlos Lagoudakis told IEEE Spectrum. “It took 40 years for the first electronic transistor to enter a personal computer,” he said. “It is often misunderstood how long before a discovery in fundamental physics research takes to enter the market.”

One of the challenges is that, while the device requires very little energy to switch, it still requires constant input from the pump laser. In a statement, the researchers said they are working with collaborators to develop perovskite supercrystal materials that exhibit superfluorescence to help lower this source of power consumption.

But even if it might be some time until your laptop is sporting a chip made out of these switches, Lagoudakis thinks they could find nearer-term applications in optical accelerators that perform specialized operations far faster than conventional chips, or as ultra-sensitive light detectors for the LIDAR scanners used by self-driving cars and drones.